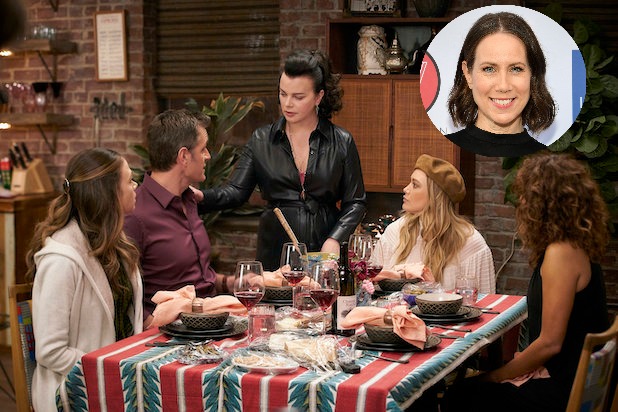 TV Land actress tells TheWrap where things are headed for Liza, Charles, Kelsey and Diana, now that “the tables have turned” 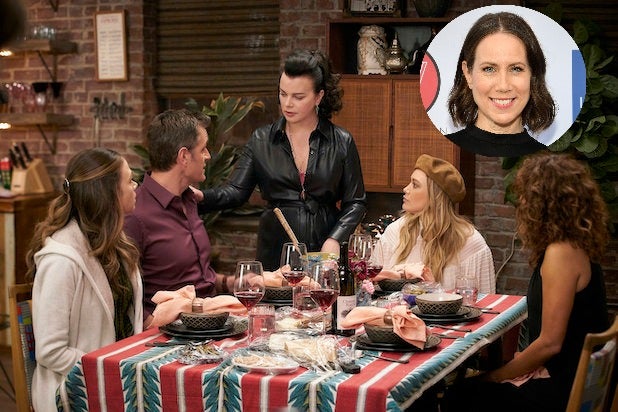 (Warning: This post contains spoilers for Wednesday’s episode of “Younger”)

You might have noticed you saw less of Diana Trout on tonight’s “Younger,” and that’s because Miriam Shor, the actress who plays the temperamental publishing executive, directed the episode. So, obviously, she was a little bit busier behind the camera than in front of it — meaning she didn’t take part in that delightfully awkward dinner party scene, but she is responsible for orchestrating it.

“That was the part of the episode that I was really looking forward to shooting, but I knew was going to be a challenge because how do you keep the scene active when everyone is mostly seated?” Shor told TheWrap of directing Episode 604 of the TV Land comedy, titled “An Inside Glob.”

The scene takes place in Maggie’s (Debi Mazer) apartment, where she and her girlfriend are hosting a get-together for Liza (Sutton Foster), Charles (Peter Hermann) and Kelsey (Hilary Duff). Hilarity ensues when two dinner guests attempt to keep two secrets: the first is Maggie hiding that *garlic bread* everyone thinks they are smelling is actually a piece of garlic in her vagina — a holistic treatment recommended by her girlfriend to treat a yeast infection — and the second is Charles hiding he’s Mercury’s mystery investor.

Maggie eventually blurts out her TMI info, while Charles’ duplicitous news isn’t made public until later in the episode.

“I wanted to show the balance between the two intimate bits of information: the one that was a really serious secret that Charles has and the really hilarious secret that Maggie has,” Shor said. “And to show the tension that both of those characters are feeling during that dinner party because of the secrets that they have. And to try to juxtapose those secrets so that Charles feels like he might be found out and Maggie is the one who lets the cat out of the bag. And I thought Debbie was hilarious in that scene. We did so many takes of her doing crazy things to try and distract the other members of the dinner party.”

Shor says this episode is “a great jumping-off point” for the rest of Season 6, because Kelsey, Liza and Diana are about to go to war with Charles, who has now resigned from Millennial’s board of directors and lured several Millennial authors over to Mercury.

“Here we’ve had five and some seasons of Liza’s secret, and now it’s Charles who has been duplicitous and is the one who has been lying to Liza in order to have his career, which is really what Liza has been doing this whole time,” Shor said. “And it’s really interesting to watch it and see how the tables have turned. And Charles saying to Liza he was doing this because he’s trying to figure out who he is, and surely she will understand that. And he’s not wrong to call her out in that moment, nor is she wrong that covering this up was not the right thing to do.”

“And I love the end of the episode in which I tried to convey that these women are having a very much ‘Oh no!’ moment, like, ‘What are we going to do?’ But also, let’s gird our loins and get ready for this and see Charles is the competition. It raises the stakes.”