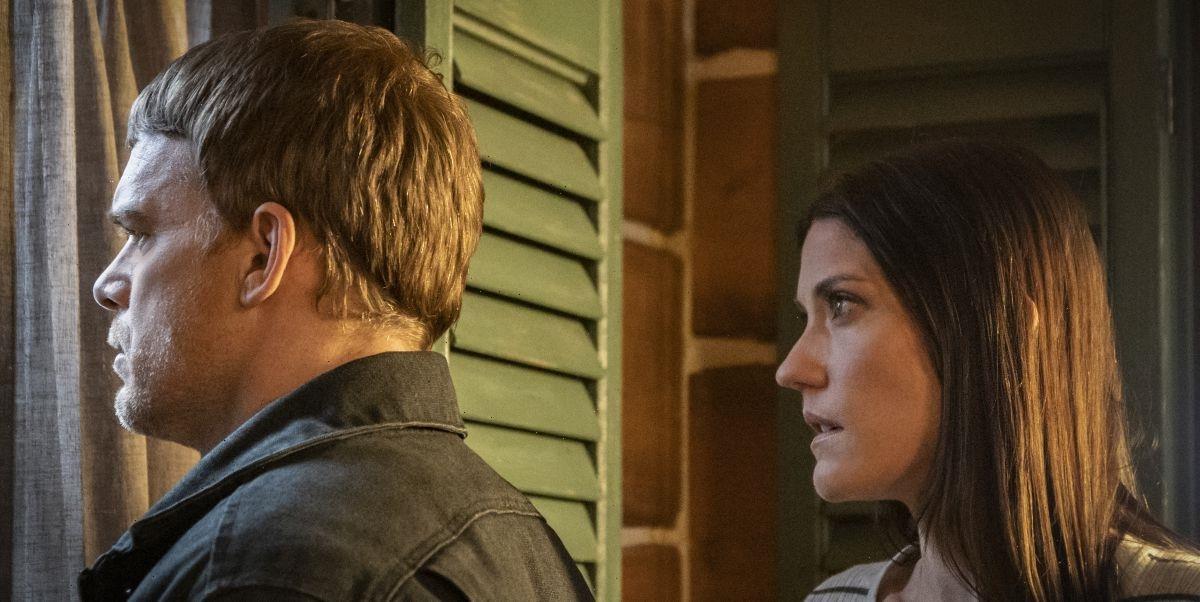 Just when you thought that Dexter being back was going to be the biggest surprise about Dexter: New Blood, the creators of the miniseries have revealed that Deb is back!!

That’s right, Debra Morgan, played by Jennifer Carpenter, is making her big return to the Dexter-verse this season. But if you’re confused about how this will work considering that, well, Deb died at the end of the original series finale, Jennifer actually answered all our questions about how it’ll go down. Interested in finding out more?

Here’s everything you need to know about Debra Morgan and her fate in Dexter: New Blood.

First things first: Deb is back?! I thought she was gone for good.

Yes, Deb is back. No, she didn’t come back to life. Dexter: New Blood takes place almost 10 years after the ending of Dexter, which means it’s kind of impossible to bring her back after her own brother dumped her body in the ocean in Miami. But luckily for us, the showrunners found a creative way to bring her back so we still get a dose of Deb in our lives. 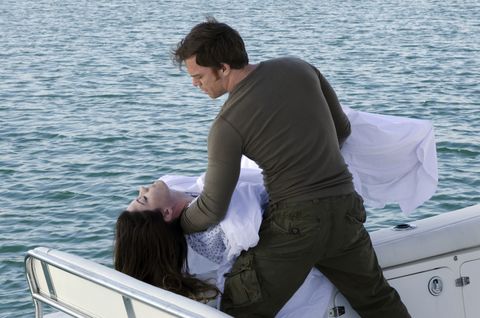 If Deb is dead, then how is she in Dexter: New Blood?

In the new series, Deb is actually a version of her that Dexter sees only in his head.

“[She’s] more of a link or an echo or an inconvenient truth for Dexter,” Jennifer Carpenter revealed at the 2021 Television Critics Association Summer Press Tour. “That’s what I was attracted to. It was to come back and sort of haunt and punish and caretake and provoke and love Dexter.”

Jennifer also revealed that Deb is representing the “dark passenger” for Dexter this season, and her big return really allowed her to find a kind of closure for her character.

“It was sort of unclear to me exactly what was being asked of me from the start. I didn’t really feel like I wanted to go back and take score. I decided my work was to go to the bottom of the ocean and collect her and see if she wanted to be a witness to watching an unmedicated, decoded, unpunished, unchecked serial killer experience,” she said. “I would show up any day of the week to sort of relieve her pain. I didn’t realize what a help [Michael C. Hall and Dexter] would be in that repair for her. It was cosmically profound going back.” 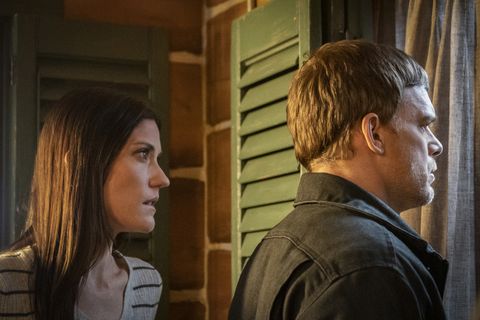 How does Jennifer Carpenter feel about being back?

While fans of the series are obviously super happy to see their favorite detective back on the scene, Jennifer Carpenter is probably the most excited to return to the series.

“I’m personally grateful that my car broke down on the way back from the audition and not on the way to the audition. This role has been one of the great privileges of my life,” Jennifer said. “Not only did I learn so much as an actress, but there was such a massive give and take between myself and Debra. For the longest time, people would want to take pictures or say, ‘Hi.’ I always thought like the weird girl in the cafeteria. I didn’t know how to handle it. But now, like when people say something, especially after the pandemic, I don’t know how I got so lucky.”

The first episode of Dexter: New Blood airs at 9 p.m. ET on Showtime tonight, so don’t miss it!