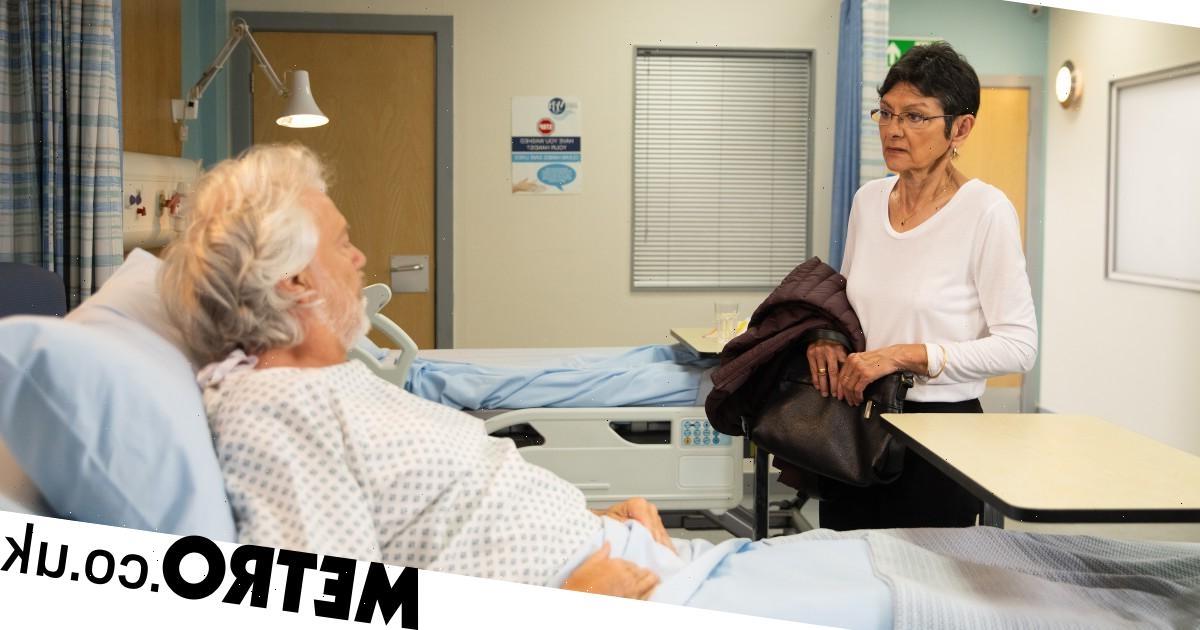 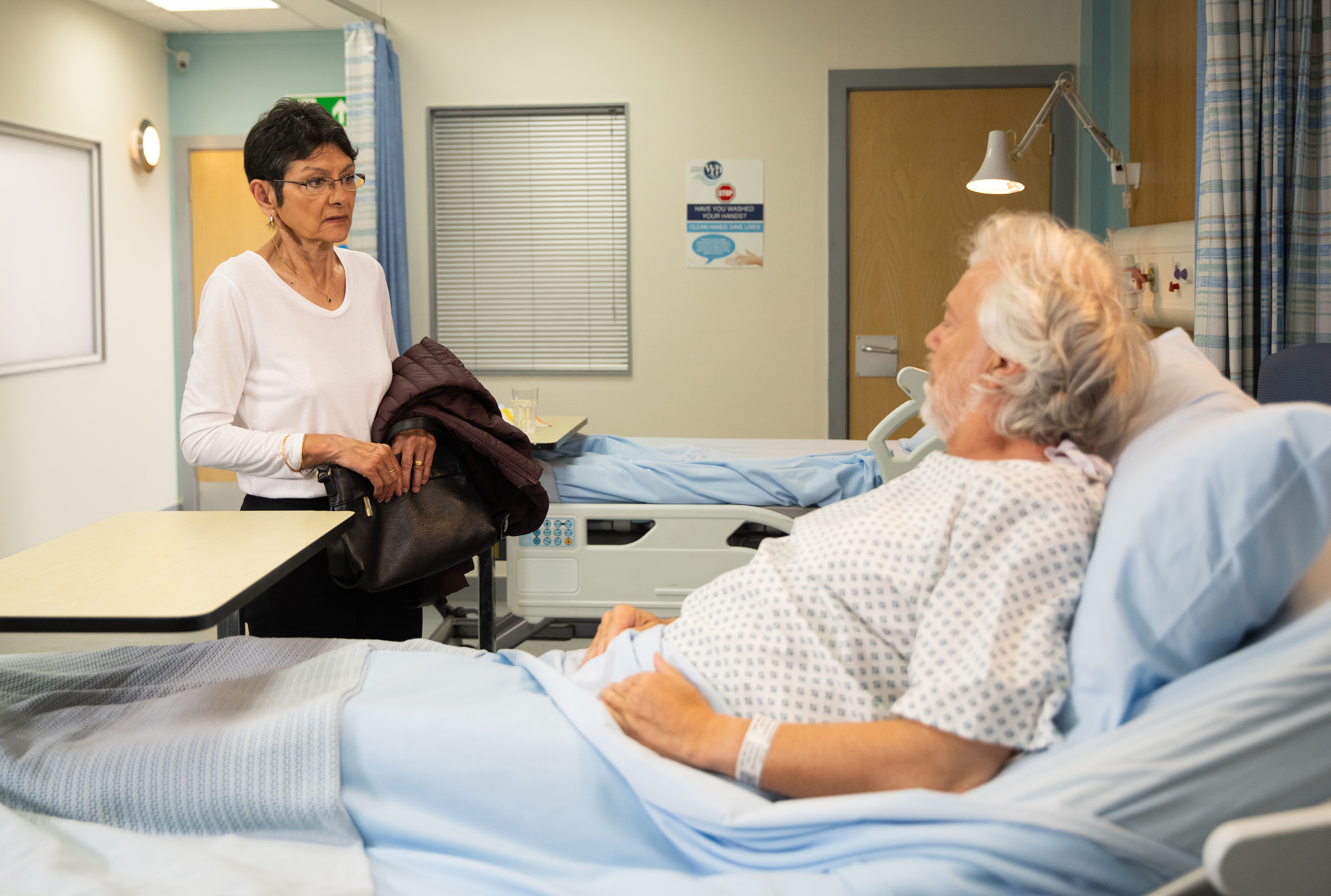 Stu (Bill Fellows) gets a nasty shock in upcoming Coronation Street episodes when his ex-wife Lucy (Lynda Rooke) turns up at Speed Daal to order him to stay away from Bridget (Beth Vyse), his daughter.

She also drops a massive bombshell secret from his past, about a horrific incident that leaves Yasmeen (Shelley King) and Alya (Sair Khan) aghast. Even though Stu protests that what Lucy is saying isn’t true, Yasmeen is so horrified that she orders Stu out of the restaurant.

Later she catches up with Lucy and wants to know more. Following what Lucy tells her, Yasmeen vows that she’ll never have anything to do with Stu again.

As Yasmeen tries to come to terms with Lucy’s accusation in the coming days, an isolated Stu goes into a spiral of despair, even ending up in hospital after Kelly (Millie Gibson) and Aadi (Adam Hussain) find him in a state of collapse on the street. As soon as he’s out of hospital he turns up at Speed Daal, desperate for Yasmeen to hear his version of events.

Later on, Yasmeen finds him at no. 6 and, in panic, she sends out an SOS message to Zeedan (Qasim Akhtar). He arrives with Craig (Colson Smith), who arrests Stu for breach of the peace.

It looks like Stu and Yasmeen are done. Will he ever convince her that his past isn’t as terrible as Lucy made out? Or is he guilty after all?