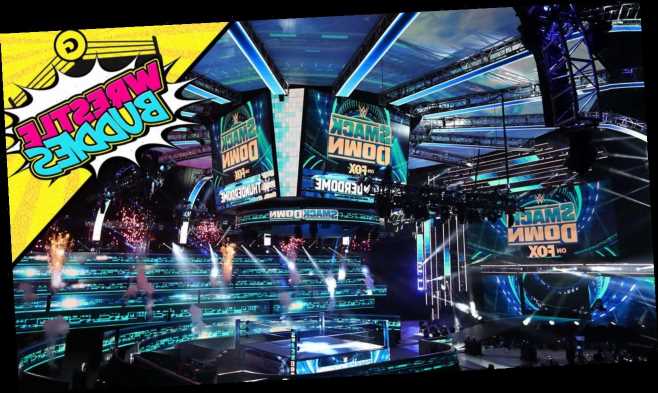 This week on Wrestle Buddies, GameSpot’s professional wrestling podcast, Chris E. Hayner and Mat Elfring are stepping inside of the Thunderdome. Well, not really. But we can’t ignore WWE’s new arena or a certain wrestler that got to have their first match in it at Summerslam.

First up, Mat and Chris take a long look at the Thunderdome, WWE’s answer to presenting Raw, Smackdown, and pay-per-view events in the pandemic. They filled an arena with video screens, pyrotechnics, lasers, lights, and what is perhaps the biggest Zoom call ever. The technology behind it is truly magical, though there has been some controversy.

Then, hot on the heels of Dominic Mysterio’s debut match at Summerslam, Mat and Chris revisit the ladder match for custody of him back in 2005. That’s right, when Dominik was a child, Rey Mysterio and Eddie Guerrero feuded over who would get to be his dad. It’s a truly bizarre piece of WWE history and something we both love.

All of that, plus we answer your questions! If you wanted to know who our favorite celebrity wrestlers were, strap in for some fun. New episodes of Wrestle Buddies are released every Thursday on the podcast platform or app of your choice, including Spotify, Stitcher, and Apple Podcasts.