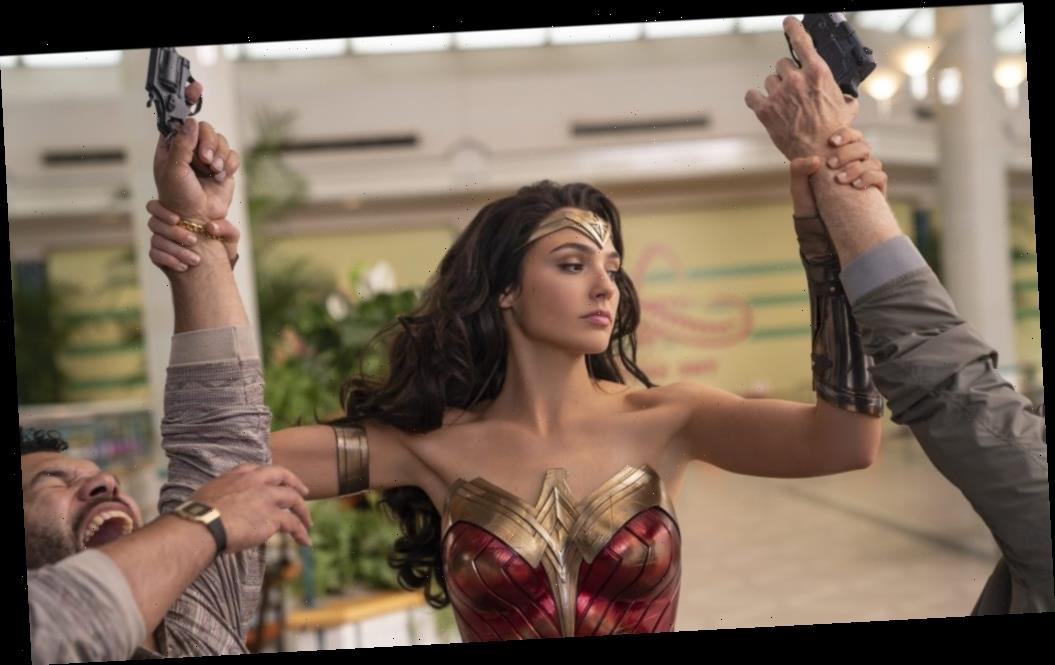 EXCLUSIVE: With New York, Los Angeles and San Francisco movie theaters still not open, our exhibition sources are hearing that Warner Bros is apt to move Wonder Woman 1984 again, this time out of its current October 2 date to either sometime in November or possibly to late December. That would bump the studio’s Legendary feature Dune out of its December 18 weekend to sometime in 2021.

Tenet is another reason why Wonder Woman 1984 won’t be able to go during the first weekend of October. With sources currently estimating that New York and Los Angeles won’t open movie theaters until early October/late September, the Christopher Nolan movie will still need to make a big splash in those markets, or at least make its best effort. Having Wonder Woman 1984 in Tenet‘s way won’t help its hopeful domestic tail at the box office.

Exhibition has been pretty much expecting the Wonder Woman 1984 release date change, so they’re not crying over lost money yet — as long as they get the movie. It’s big features like Mulan skipping theatrical and heading to PVOD or streaming that hurts movie theater owners the most. The question will be who can back-fill that October 2 hole slot in three weeks’ time — and can it even be a big movie?

It’s pretty much a no-brainer that some sort of calendar move are in the offing: Recent trailers for Wonder Woman 1984 and today’s Dune haven’t specified release dates.

After Paramount/Skydance’s Top Gun: Maverick moved out of the Christmas corridor, the year-end holiday season has been begging for a big marquee title. Warners did wonders two years with DC’s Aquaman at that time of year, clearing $335 million domestic and $1.1 billion worldwide.  While it would be best for Wonder Woman 1984 to move to the end of the yea, I hear that Legendary and Warners still need to sort out a release-date change for Dune if a move to 2021 is going to happen.

There is a possibility we could see Wonder Woman 1984 going somewhere in November — yes, November. There are whispers, and Disney would not confirm today, that its Marvel movie Black Widow could move from its November 6 release date. If it does, Wonder Woman 1984 could land there, which would put it back in a first November weekend spot that at one point the studio wanted to own in 2019. There’s also the Wednesday before Thanksgiving open, though many believe it would be tentpole suicide if the Patty Jenkins-directed move comes anywhere near Black Widow and MGM’s James Bond movie No Time to Die (November 20) on the calendar, given the danger of cannibalizing audiences. There’s also loose talk out there that Disney/Pixar’s Soul could go to Disney+. 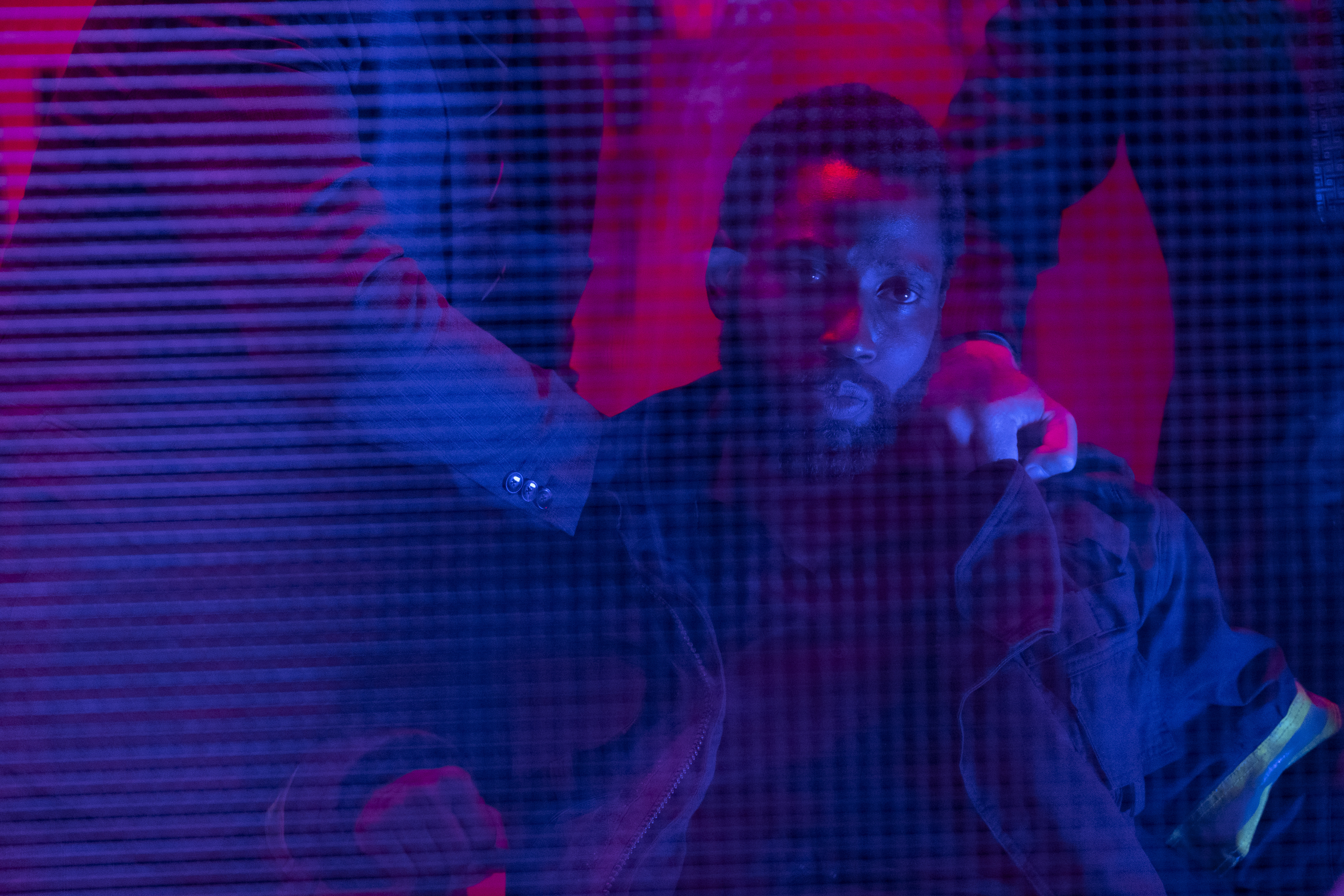 Even though Warner Bros was able to get some of the big circuits open for Tenet last weekend around the U.S., the $200M production only made $20.2M over 11-days (not your typical 3-day or 4-day weekend). When you back out Canada, and three days of early previews, that’s not a lot of money, but that gross comes with a lot of asterisks,in particular the top theaters which are normal drivers on Nolan’s previous movies in NY, LA and San Fran were not open. Despite Nolan’s best intentions to be the first to resuscitate exhibition after being shutdown since mid-March, there were several other monkey wrenches for Tenet. First, the film opened on Labor Day weekend, which is a time when many are getting their last fill of summer. Maybe, it would have been better to launch in the Warner rich post Labor Day corridor made commercially successful by the It franchise and The Nun? Other challenges: Tenet is a 2 1/2 hour complicated movie about physics, lacking the stars and VFX spectacle of Nolan’s Inception; his latest outing yielding a low B Cinemascore for him and only 74% on Rotten Tomatoes, which is the vicinity of his sci-fi film Interstellar (72% certified fresh) and The Prestige (76% certified fresh).

Also the pandemic made it hard to build momentum for Tenet. There were several release date changes to the campaign, and of course NYC and LA aren’t part of the mix.

WarnerMedia Studios and Networks Boss Ann Sarnoff told us that in the rewriting of the distribution playbook for Tenet, the studio’s rule was “Don’t spend all your money upfront! Pace yourself, it’s a marathon and not a sprint.” This is different from the studio’s long-historical habits of spending aggressively during the course of a pic’s opening weekend for the No. 1 win. But how can you spend big when the biggest box office markets aren’t even open yet?

RelishMix does mention that Tenet‘s campaign on social was erratic to start, but over the last 90 days built to a 235M social media universe across Facebook, Twitter, Instagram, YouTube and FB views thanks to Warner’s online and digital subsidiary tentacles pushing the movie.  Total Youtube views for earned and owned material exceeded 152M which is strong for an action sci-fi  movie with fans engaging on Facebook at a strong daily rate of 1.5k.

In addition, some exhibitors anecdotally believe that moviegoers are still hesitant to return to theaters during the pandemic despite circuits going extra lengths with safety precautions. However, a recent Comscore exit poll of Tenet and New Mutants moviegoers over the weekend says otherwise: 95% said they’d definitely or probably tell a friend that it’s great to be back at the theater, 57% said that it’s great to be back at the movies (with 35% saying that it’s nice, but not the same as pre COVID), 57% said they were aware of their theater’s safety protocols before attending and deemed them safe, while 50% said theater safety protocols were important to coming back to the movies upon their reopening.

Below is look at how the 2020 wide release schedule is shaping up:

Death on the Nile (20th/Disney)

No Time to Die (MGM)

News of the World (Uni)