Lindsay Hubbard from Bravo’s Winter House refuted Austen Kroll’s assertion that she was the one who wanted to be in the Watch What Happens audience. In fact, she wanted to stay in the green room until host Andy Cohen insisted she sit in the audience while he grilled Kroll.

Kroll played a WWHL game where he had to choose between Hubbard and love interest Ciara Miller. He consistently chose Miller and Hubbard later said Kroll humiliated and embarrassed her. However, in a recent interview, Kroll said Hubbard made that day about her and bulldozed her way into the audience.

Hubbard had an entirely different take on actually what happened.

Lindsay Hubbard wanted to stay in the ‘WWHL’ green room

Hubbard’s aunt was in town and she wanted her to experience WWHL. Hubbard planned to have her aunt sit in the audience with Kroll’s sister Katie and she was going to hang out in the green room during the live broadcast. “I wanna clear this up,” Hubbard explained on the Not Skinny but Not Fat podcast. 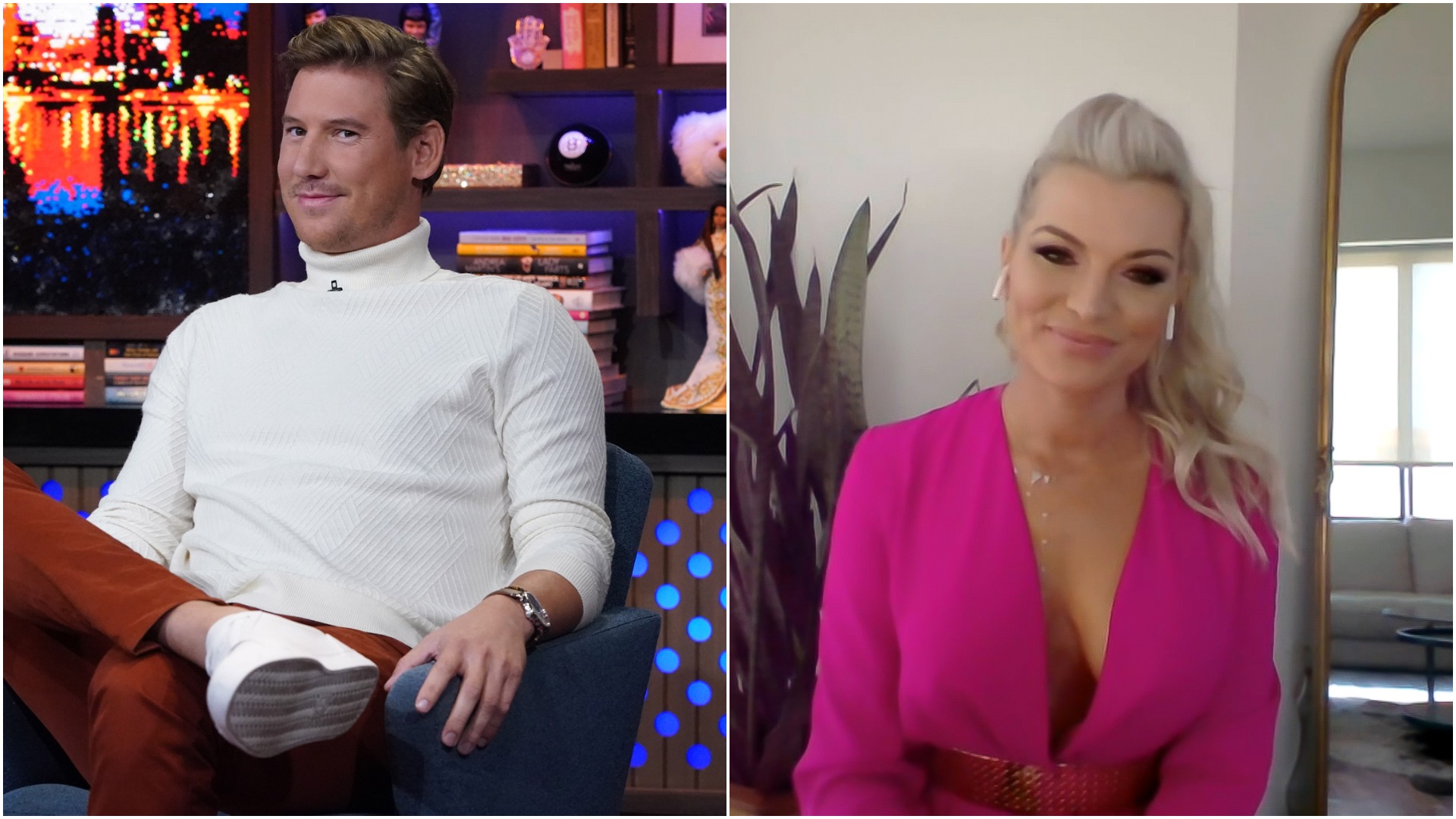 “The only reason I was at Watch What Happens Live is because a couple of weeks before Austen was going on, I was like, ‘Oh by the way Aunt Rhonda is gonna be in town.’” Adding, “‘If it’s OK with you, I’d love for her to experience Watch What Happens Live.‘ Obviously, it would have been better if I was the guest. But the next best thing is if your best friend is the guest, right? And he was like, ‘Yeah, of course! No problem.’”

“I was like, I do not want to be in the audience, I will stay in the green room, putting Aunt Rhonda in the audience with Katie and all good,” she recalled.

Andy Cohen insisted she sit in the audience

“And then I’m in the green room hyping Austen up, I’m just like you look so good, you got this, let me know if you wanna practice any questions,” she recalled telling Kroll. “I was just like his biggest fan and supporter and making sure he felt really good.”

Cohen, however still wanted Hubbard in the audience. “I looked at Austen and I was like, ‘I’m sorry I told them no,’” she said. “He was like, ‘It’s all good.’ So now he’s out there trying to spin this story. He was just like, ‘Lindsay made it all about her. And I’m like, no. I can’t help it if he wanted me in the audience and ask me questions, that’s his job.”

Hubbard described when everything went downhill during the show. “That was the most uncomfortable but that was not the only triggering moment,” she said, referring to the game Kroll played where he had to choose between Miller and Hubbard.

“The whole thing started with Andy being like what’s the appeal to Austen?” she said. “And I’m giving him all these compliments. And Austen’s doing this hand motion like keep going. But then once I was answering a question, Austen started rolling his eyes at me. Like nonstop and I’m like – what? And also in my mind like I had just watched that night’s episode where he’s telling me I’m a crazy person for drunkenly saying I’m in love with you.”

“Like you shouldn’t try to gaslight me,” she added.

She said between the eye rolls, his snark, seeing the episode and the game – she was done. Hubbard said she was disappointed that he didn’t seem to respect her as a friend. She left midway through WWHL and then blocked Kroll.

Despite all the drama, Hubbard thinks the entire exchange is silly and she and Kroll should handle it privately. If Kroll would have apologized the next day, this whole exchange would have blown over.