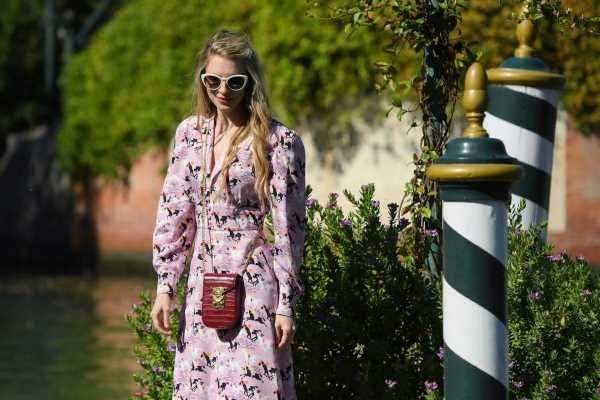 The OA was just getting started when Netflix cancelled it after two seasons. Brit Marling and Zal Batmanglij created the series. Marling also starred as a woman exploring her powers to leap between different realities. She’s leapt into her last world on Netflix, but good news for fans: Marling at Batmanglij are developing a new series, Retreat, for FX.

FX chairman John Landgraf spoke with the Television Critics Association on Aug. 13 by Zoom. Landgraf gave some updates on Retreat, including whether or not Marling will also act in the series.

Is there a role for Brit Marling on ‘Retreat’?

In addition to starring in The OA, Marling also co-wrote two films which Batmanglij directed. Marling also starred in both Sound of My Voice and The East. She also co-wrote Another Earth with Mike Cahill and starred in that as well. Marling went to Georgetown University with Batmanglij and Cahill. Another Earth and Sound both premiered at the 2011 Sundance Film Festival. Landgraf said Marling won’t be the lead in Retreat. However, there is a role for her if she chooses to play it.

“Brit is not the lead character in Retreat,” Landgraf said. “It’s a very young female character. There is a great and important role in Retreat. And it will be Brit’s call, but I think she’s inclined to play it.”

What is ‘Retreat’ about?

According to an FX press release, that young character is the sleuth Darby Hart. Hart and 11 other guests accept an invitation to a billionaire’s retreat. When one guest is murdered, Hart tries to solve the mystery. Beyond that, Marling and Batmanglij are keeping Retreat under wraps. Landgraf hinted at their bold, new approach to a mystery.

I absolutely loved, and that’s not just me, it’s the whole FX team just absolutely loved what Brit Marling and Zal Batmanglij came to us with. Which was a sort of radical reconceptualization of this sort of whodunit with a really, really original set of characters. In particular, a really strong and original young woman at the center of the story whose backstory and present tense story, emotional story really form a sort of strong emotional core. There obviously is a mystery, a murder mystery that unfolds in the show too. But, it’s a really distinctive and unique show, but actually not that easy to produce to tell you the truth.

Landgraf also added a bit about the locations for Retreat. This gives you a sense of the extremes to which Marling and Batmangllj’s show will go. The OA traveled to parallel worlds, but Retreat will find drastic dichotomies on Earth.

“Retreat actually does have a pretty good chunk of it that’s set in a ultraluxury hotel adjacent to a glacier in a very forbidding northern place,” Landgraf said. “But, it has a fairly substantial chunk of it that actually takes place in the desert and in various different other locales. So it’s got a kind of a ‘stuck in a’ [feeling] but it’s a pretty big place with a lot of people in it.”