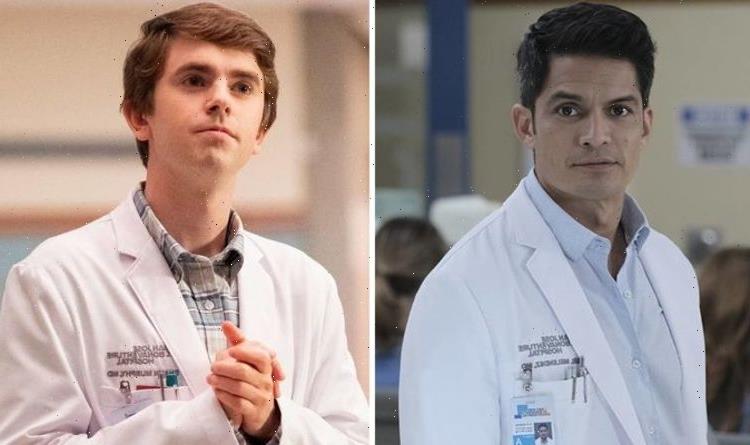 The Good Doctor is often filled with tragedy but one of the most heartbreaking moments was in season three when fans had to say farewell to Dr Neil Melendez (played by Nicholas Gonzalez). What made it worse was that Dr Claire Browne (Antonia Thomas) had just expressed her love for him. But with the ABC series’ fifth season just around the corner, some are wondering if he will be featured in the new episodes.

WARNING: This article contains spoilers from The Good Doctor.

Will Melendez return for The Good Doctor season 5?

Season three of The Good Doctor ended unexpectedly with the death of Melendez.

A large earthquake had struck the city and he was in a building that had started to fall apart as a result.

Initially, Melendez seemed to be alright but then he was hit with some rubble when there was a secondary earthquake.

Melendez was taken to the hospital just to ensure he was alright but the unthinkable then happened.

Claire and Melendez confessed their love for each other in hospital but moments later, he succumbed to his injuries.

The brilliant doctor died of septic shock with Claire sobbing by his bedside as he drifted off.

Fans assumed this was going to be the last they would see of Melendez which made the series finale even tougher for some.

However, to the surprise of many, Melendez actor Gonzalez did make another appearance in season four.

It was apparent Claire was struggling to move on in the fourth series premiere Frontline Part One.

In a quieter moment of the episode, she hears a voice saying “things will be okay” and turns around to see Melendez.

This was, of course, a figment of her imagination as he did died but this is what she needed to keep going.

Talking to TV Line, executive producer David Shore spoke of Gonzalez jumping at the chance of a return.

Shore said: “I always thought it would be nice to have a moment to bring him [Melendez] back, and bring Melendez’s spirit back in some way.

“He [Gonzalez] may have been surprised that it was this soon, but he didn’t hesitate. It was wonderful.”

Nevertheless, Melendez only returned to give encouragement to Claire as she was the person in love with him.

But with actress Thomas making her exit in season four, it now seems less likely Gonzalez would make another comeback to the show.

He could pop up again though if Thomas does return to the series for a cameo role, which she hasn’t ruled out.

Thomas told Deadline she would “absolutely would love to come back every now and then”, leaving the door open for a possible return.

Gonzalez, however, is currently very preoccupied at the moment with other projects.

Since leaving The Good Doctor, the 45-year-old played David Martinez in romantic-comedy Playing Cupid and has had a small role in Duncanville.

He has got other work lined up for this year as well, according to his IMDb page.

Gonzalez will star in the thriller film Borrego alongside Lucy Hale which is now in post-production.

The Good Doctor season 5 will premiere on Monday, September 27, on ABC.