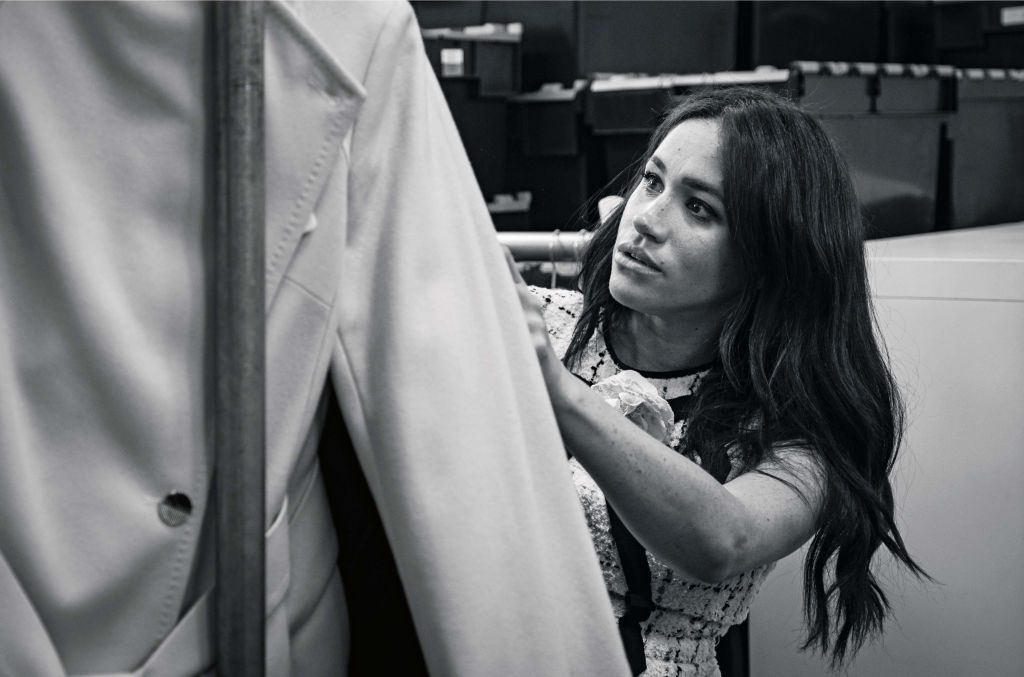 When the latest issue of Vogue came out this month, critics all over the United Kingdom were in an outrage over the magazine. Meghan Markle spent her maternity leave working as a guest editor for the issue, and royal critics were not impressed. But none were so up in arms as Piers Morgan. The British political commentator wrote a scathing column against Markle for her work with Vogue. But is his criticism justified? Let’s take a look at the details.

Markle came into the spotlight again this month as a guest editor for the September issue of Vogue magazine. She titled the edition, Forces For Change, and chose 15 women who she considers to be “trailblazers for change.” Included in the group are climate change campaigner Greta Thunberg, transgender activist and Orange Is the New Black actress Laverne Cox, and body positivity advocate and The Good Place actress Jameela Jamil. The issue also includes a feature interview done by Markle with former U.S. first lady Michelle Obama.

The cover features square images of the chosen women along with one square that’s made of reflective material. According to Markle, that square is a mirror so that women reading the magazine can picture themselves among the group.

Piers Morgan calls Meghan Markle out on her politics

Morgan has long been a critic of Markle, and for this reason, we must carefully consider if what he says is personal, hating Markle just for being Markle, or if what he says has merit. In his latest Daily Mail column, Morgan launched a scathing attack on the duchess for her Vogue issue.

Morgan reminds us that royals are supposed to stay out of politics, and then says that Markle’s Vogue shows her being “about as political as any royal has been.” The reason her choices were political? The woman Markle chose as forces for change were anything but bipartisan. According to Morgan, they seemed to represent “the greatest hits of virtue-signaling.”

He also points out that Markle’s choice of Obama for her big interview is anything but apolitical. The fact the Markle was too busy with maternity leave to meet the current president Donald Trump during his state visit but was able to take time away from her child to interview Obama is problematic and, according to Morgan, shows the duchess choosing sides.

Speaking of Obama, Morgan was also concerned with the nationality of the women Markle chose, as a large number of them were American, and few were British. Morgan points out that Markle’s primary role now is to support Britain. That’s why she lives in tax-payer funded palaces, and yet she chose only five British women as part of her list. According to Morgan, “The message is pretty clear: Promoting Brand Meghan to America is more important to her than promoting Brand Britain.”

To Morgan, the Vogue issue seems to represent Markle and Hollywood’s elite telling average citizens how to live their lives and is “shamelessly hypocritical.” Morgan sums his reasoning for this conclusion up nicely in the statement: “I’m sure the one thing we all need most in the world right now is a fabulously rich and entitled Princess lecturing us on privilege from her servant-laden royal quarters.“

Why is it important for the royal family to stay out of politics?

The main point from Morgan seems to be that Markle is engaging in politics too much for a royal. Some might ask why this even matters. Why shouldn’t Markle use her platform to promote political issues, if she so chooses? Turns out, there’s a very important reason why Morgan is concerned.

The security of the throne depends on the love of the British people. The only reason the crown has lasted as long as it has is because of the support they receive from the public. If that were to change, and the citizens of the United Kingdom were to decide the crown was no longer serving their interests, they could be removed almost instantly.

One of the huge ways that the royal family keeps the public on their side is by remaining apolitical. If they were to take a stand politically, it would divide their citizens. They would no longer have the support of the majority, but only the public that agrees with them politically. When that happens, the crown would be in a dangerous position and risk losing their status.

Author, Bobby Friedman, summed it up nicely for the Daily Mail when he said: “You have to remember that for the Royal Family in this country we have a social contract, they give us and in return, we support them, financially and emotionally.”

That’s why it is so important for Markle to stay out of politics. She could be risking the security of the crown, and Morgan is right that she doesn’t seem to understand that fact. Morgan tells Markle to ask herself: “Do I want to be a royal or a virtue-signaling political activist celebrity?” He brings up a very important point and one that Markle needs to take into serious consideration.

Morgan wasn’t the only critic to take issue with Markle’s Vogue issue. Royal watchers and experts from all over the United Kingdom were concerned. One Twitter user featured in Morgan’s column made a good point that seemed to represent the way many critics felt: “A feminist who preaches equality and merit while taking full advantage of the spotlight she only received via marriage to someone who won the birth lottery. Makes me sick.”

The fact is, Markle’s Vogue does show a political lean, and this is putting the crown at risk. She probably thinks the issues she’s writing about are humanitarian and not political, but many don’t agree with this — and that’s where the problem is.