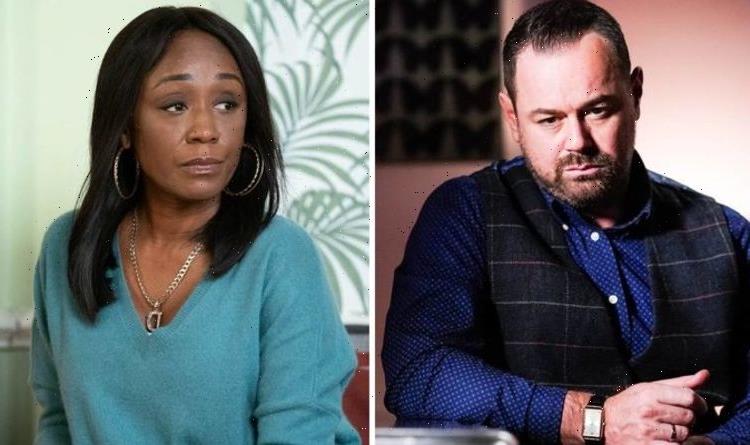 EastEnders has got a plethora of gripping storylines on the go with Phil Mitchell (played by Steve McFadden) potentially spending the rest of his days behind bars and Gray Atkins (Toby-Alexander Smith) digging his claws into his new wife Chelsea Fox (Zaarah Abrahams). There have also been family feuds at the Panesar household with Suki (Balvinder Sopal) taking it a step too far. But the BBC One series will not be returning in its usual timeslot this evening, Monday, January 10.

Why isn’t EastEnders on tonight?

EastEnders typically airs four nights a week on BBC One, so for many, watching the residents of Walford Square is a dinner-time ritual.

Sadly, this will not be the case tonight as no new episode shall be airing.

This is because BBC One will be showing the FA Cup match between Manchester United and Aston Villa in its place.

But there is no need to worry as its usual schedule will shortly resume.

EastEnders will continue with its next episode on Tuesday, January 11, at 7.30pm, on BBC One.

Viewers are not going to be missing out on an episode though as Tuesday is going to have an EastEnders double bill.

Straight after the first instalment has aired, another will begin at 8pm.

And going by the descriptions, it sounds like there is plenty of drama to come in Albert Square.

The synopsis for the first of two episodes tomorrow night reads: “Harvey does his best to protect his children, a desperate Dotty is running out of options, and Chelsea keeps up appearances at home.”

While the second description says: “Vinny takes a chance on Dotty, Bobby is unnerved by Aaron’s behaviour and opens up to Dana, and Callum appeals to Phil to go easy on Ben.”

Harvey (Ross Boatman) managed to stop the mosque from exploding as his son Aaron (Charlie Wernham) has been working with a far-right group and was given the task of detonating the building on New Year’s Eve.

Thankfully, Harvey was able to convince him not to in the nick of time but there are now some angry people who want answers from Aaron.

Ash (Gurlaine Kaur Garcha) ended up having another row with mum Suki after she was involved in a hate attack.

Frustrated at her daughter, Suki said that her lifestyle was “unnatural” which was the final straw for Ash.

She asked Suki to apologise and to wear an LGBTQ+ badge to prove she didn’t mean it.

Suki couldn’t bring herself to even pick up the badge and so Ash decided to leave the square.

There’s also trouble brewing for Phil as the Fox family told of his involvement in Vincent Hubbard’s (Richard Blackwood) murder.

After kidnapping Raymond and various other criminal activities over the years, Phil is looking at spending the rest of his days in prison.

But how will Kat Slater (Jessie Wallace) when he does eventually tell her the truth?

EastEnders returns Tuesday, January 11 at 7:30pm on BBC One.