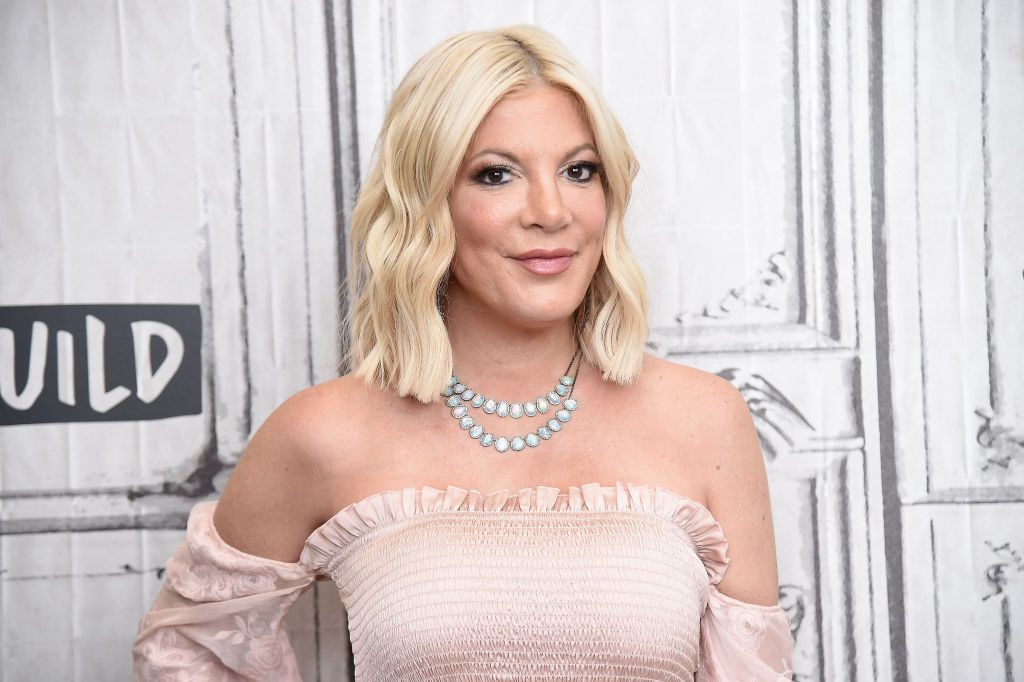 Tori Spelling is an odd character. Part of the Hollywood scene since early childhood, Spelling has always seemed to be an outsider looking in. In the 1990s she was considered the poster child for nepotism. As an adult, her face has graced the pages of tabloid magazines for years. Her feud with her mother, her discarded first marriage, her crumbling second marriage, and her financial troubles have been fuel for plenty of speculation. Spelling, however, has never been asked to join the cast of Real Housewives of Beverly Hills and that fact kind of saddens her.

Why does Tori Spelling want to bea housewife?

Tori Spelling’s desire to be on The Real Housewives of Beverly Hills is an interesting turn of events. Spelling was on one of the most successful television shows of all time while her father was alive. Since then, her acting career has been mostly relegated to made-for-TV movies and specials. Even so, she appears to have a real interest in returning to serious acting at some point.

A spin to reality TV, however, wouldn’t be entirely out of character. The mother of five starred in her own reality TV series for several years on the Oxygen Network. Home Sweet Hollywood ran from 2007 through 2012 before it was canceled when the network went in a different programming direction. The show centered around Spelling’s budding homelife and innumerable business plans.

Spelling insists her interest in the show has more to do with her love for the series, and her desire to bring her own brand of drama to the small screen than her money woes. As a lifelong resident of Beverly Hills, she feels like she’s the perfect fit. Fans, however, wonder if Spelling is just desperate for cash.

Spelling has long had money problems. She documented her struggle to come to terms with living within her means in her 2013 memoir. Spelling grew up in the lap of luxury, but when her father, Aaron Spelling, died in 2006, the younger Spelling didn’t exactly receive a windfall.

According to Fox News, Spelling and her brother, Randy Spelling, each received $800,000 after taxes from their father’s estate. The rest of the $600 million fortune amassed by the television producer went to Candy Spelling.

In 2013, Spelling was quoted as saying she and her husband couldn’t even afford the cost of a vasectomy. Dean McDermott fought back, claiming the couple was doing fine financially, according to Us Weekly. But the financial trouble rumors continued.  In 2016, the former 90210 cast member made headlines when American Express sued her for failing to pay a $37,000 bill.

Why hasn’t Bravo tapped her?

Maybe her desperate desire to join the cast is giving Bravo executives a desperate vibe. Perhaps, Spelling’s brand of drama just isn’t the right type of entertainment. Either way, Bravo executives have taken a hands-off approach to Spelling, although they’ve touched base with several of her cohorts and some of her closest friends. Spelling runs in the same circles as Lisa Vanderpump, Dennis Richards and Kyle Richards.

Spelling showed up on Watch What Happens Live with Andy Cohen recently to discuss her life and everything going on. A caller finally addressed the elephant in the room and asked why Spelling had never appeared on the show. She noted that “Andy has never asked me,” before giving Cohen a chance to jump in.

According to Entertainment Tonight, Cohen asked a few leading questions, but never suggested he’d offer her a spot on the hit reality TV show. Spelling, undeterred, jockeyed for the position. When asked why she was offended by being passed over she stated; “Because I’m, like, the biggest fan and I feel like I grew up in Beverly Hills and this one’s been asked”

“this one” was in reference to Jennie Garth, her longtime friend, and castmate. Garth was also present for the taping. Garth, however, has no desire to appear on the show.