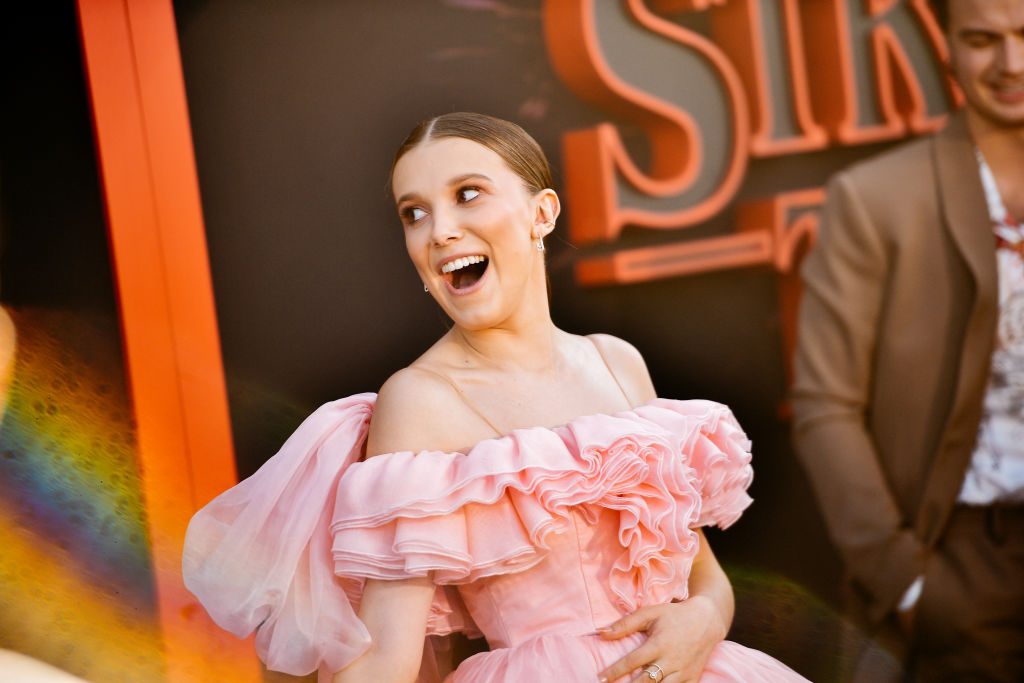 Stranger Things is back just in time to overshadow your Summer festivities. Netflix’s iconic show is bound to have you binge-watching Season 3 like there’s no tomorrow. Perhaps the only person more excited than fans about the show’s return is breakout star, Millie Bobby Brown. “Omg I’m quaking…15 minutes till your weekend has been taken over By Netflix and Stranger Things” the 15-year-old wrote in her Instagram story minutes before the show premiered for its third season. But why is Brown the breakout star of this incredibly popular show?

Though Brown was making big strides in her acting career prior to booking her role as El on Stranger Things, she exploded into superstardom after she landed the role back in 2016. The actress currently boasts nearly 20 million followers on Instagram and is reported to earn about $250,000 an episode for her performance on the show. She recently finished filming her first two feature films and is currently recording a third. At such a young age, Brown’s career is lucrative and full of opportunities. But what is it about the 15-year old that made her the standout actress on Stranger Things?

Though the 15-year-old actress is incredibly talented at her craft, the same can be said for the rest of her co-stars. Why is it then, that she has easily secured the role of it girl rather than someone else on the series? Much of Brown’s popularity is likely because of her unique character and how different she looked in comparison to her co-stars in season 1. With her head nearly shaved bald, Brown easily stood out within the cast. Fans were also impressed by her ability to easily embody an accent that was not her own at such a young age. With her incredible talent and fun yet quirky personality, Brown easily became a household name.

Though Brown is arguably the most famous actress within the series, she also is always humble enough to admit that the success of the show depends on a team of people working together. Brown always goes out of her way to put the ensemble ahead of her individual performance and that makes her even more likable to fans.

The cast and crew

Just ahead of the season 3 premiere, the English actress shared a sweet message about the cast and crew with her fans. “I can’t believe that we are 20 minutes away from Stranger Things 3 premiering. Before it comes out I wanna say that every single person working on our set is an essential factor for making our show. We all work so hard to bring this to life each year” the Godzilla vs. Kong actress wrote.

Brown continued on to share with fans why season three of the show was such an incredible experience for her. “I’ll let you in on a little secret…this was my favorite season to film and my favorite season to watch. This year 011 is growing up. She is evolving into a real teenager. To watch her progression with fashion, relationships, and personal trauma is so beautifully written and directed and I was so lucky to be able to portray el in the way she deserved. Mike and El in this season are ADORBBBBSSSS and just wait for MAX and EL OMG I NEED TO SHUT UP IT’S ONLY 11 MINUTES” the 15-year old declared, her excitement palpable.

We can’t wait to see how Brown grows as an artist during the latest installment of Stranger Things. It seems that she, along with her castmates, continue to showcase their talent in new and unique ways each and every year. We’re excited to see what new adventures await this incredibly talented cast.