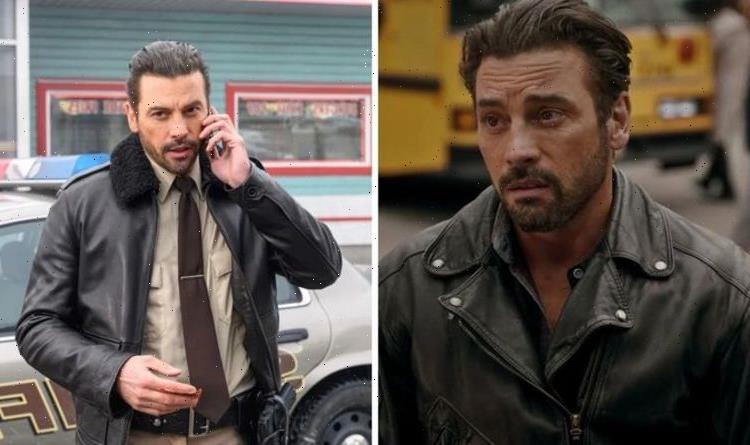 Riverdale’s part two of season five airs tonight in the US (August 11) on The CW and fans are hyping themselves up for the next instalment of the show. FP Jones (played by Skeet Ulrich) quickly established himself as a popular character, being promoted to series regular in season two. Sadly, Ulrich decided to leave the series ahead of season six, but why is the star walk away from the show?

Why did Skeet Ulrich leave Riverdale as FP Jones?

Introduced in season one, Ulrich’s FP Jones was beloved by fans for his bad-boy attitude as the leader of the Southside Serpents.

Over the course of the following four seasons, Jones developed as a character, representing one of the biggest arcs in the series – eventually becoming sheriff.

Sadly, that arc is now complete as Ulrich has decided to hang up Jones’ badge and call it a day on Riverdale.

Fans wanted answers as for many the series just wouldn’t be the same without him.

Ulrich happily obliged, offering some insight on his decision during an Instagram live stream.

His reasoning was much simpler than fans expected, as Ulrich admitted he simply “got bored creatively”.

Ulrich explained: “I’m leaving Riverdale because I got bored creatively. How’s that? That’s the most honest answer.”

At the time, Ulrich wasn’t the only star of the series to announce they were leaving.

Marisol Nichols, who plays Hermione, the mother of Veronica Lodge (Camila Medes) also confirmed they would be leaving the show.

Nichols did not release a statement when the announcement was made in February 2020, but showrunner Roberto Aguirre-Sascasa did for both stars.

Aguirre-Sascasa said: “Part of life in ‘Riverdale’ — and part of growing up — is saying goodbye to people.

“I’m grateful to Skeet and Marisol for their incredible work on the show these last four years, and we all wish them well on their future endeavors.

“FP and Hermione will never be far from our hearts. And, of course, they’re always welcome back in Riverdale.”

In the series, Jones decided to leave the town in order to protect daughter Jellybean (Trinity Linkins) as Riverdale was continually haunted by killers and dark mysteries.

He decided to take her back to her mother in Toledo but knew she would need a father figure.

Jones stayed with both of them, starting a new life in a new town.

The plot details for season five part two remain vague with The CW only showing glimpses of the upcoming second part.

With Jones out of the picture, new characters will take centre stage, especially with their college years behind them.

Season six of the show has also been confirmed, with the series returning on November 16, 2021.