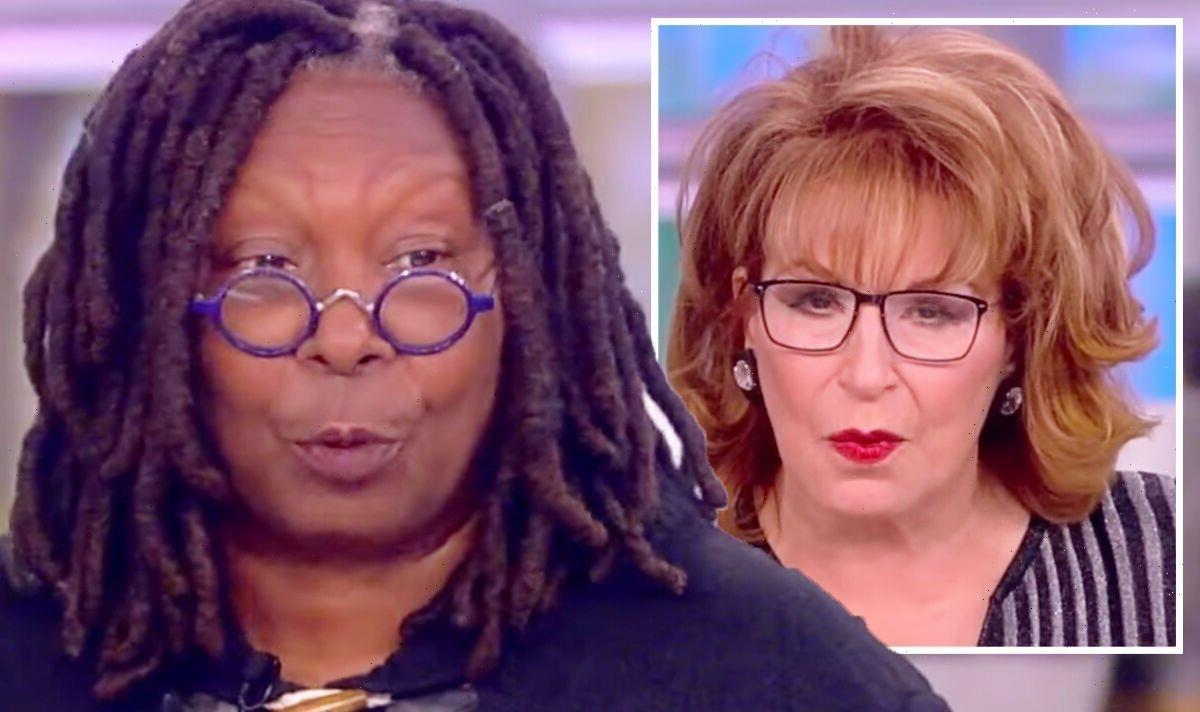 Whoopi Goldberg absent from The View after getting Covid

The View panel has looked rather different so far this week as Whoopi Goldberg has been absent from the ABC talk show. However, on Tuesday, her co-star Joy Behar, while joined by fellow guests Sara Haines, Sunny Hostin, Ana Navarro and Alyssa Farah Griffin, decided to set the record straight on why Whoopi wasn’t taking part.

Joy revealed to the studio audience and ABC viewers at home that Whoopi has been forced to miss this week’s recording after catching Covid.

“Unfortunately, Whoopi is out with Covid,” Joy said at the top of Tuesday’s show, bringing groans from the studio audience.

“Yep,” Joy went on. “So rest up and get back here miss when you feel better.”

The conversation then turned to COVID-19 and its circulation among the population as Ana commented: “It’s coming back.”

“It’s coming back,” Joy weighed in. “I mean another friend of mine got it too.

“I mean, we have to be careful again. Damn,” The View star added.

Turning her attention to boosters, Sunny interjected: “It’s interesting because a lot of people aren’t getting that new booster with the different [variations]…”

“I got mine,” Joy remarked as Sonny continued: “That one! I got it a couple of months ago and I did get a reaction to it but it made me feel safer.”

Keen to make sure everyone in the studio was “eligible” to be there, Joy asked the crowd: “Clap if you had your third booster.”

Inevitably, the studio audience applauded as the panel moved on with the rest of Tuesday’s show.

Following Joy’s announcement, it didn’t take long for The View fans to share their well wishes.

Stacy Reid took to Twitter to write: “Get well soon, Whoopi! You will be greatly missed on the View until you return.”

While @Retta2lo echoed: “Whoopi’s get well soon! You are missed,” followed by a smiley-faced emoji.

This isn’t the first time in 2022 Whoopi has been missing from the panel for an extended period of time.

Back in February, ABC suspended the actor following comments made about the Holocaust, in which she claimed it was “not about race”.

At the time, Kim Godwin, president at ABC News, said in a statement: “Effective immediately, I am suspending Whoopi Goldberg for two weeks for her wrong and hurtful comments.

“While Whoopi has apologised, I’ve asked her to take time to reflect and learn about the impact of her comments.

“The entire ABC News organisation stands in solidarity with our Jewish colleagues, friends, family and communities.”

Whoopi was later reinstated as a host on The View and has regularly appeared ever since.

The View airs daily on ABC in the USA.