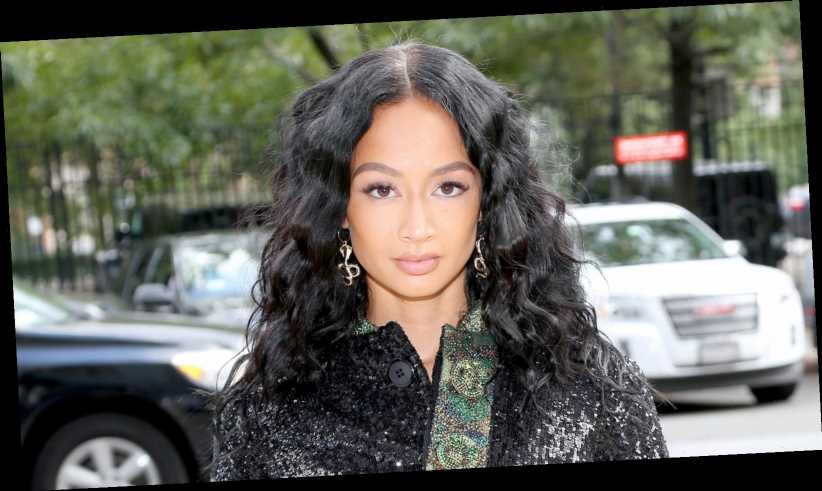 Despite starring in four seasons on Basketball Wives: LA, model and entrepreneur Draya Michele has managed to keep her personal life private. Throughout her career in Hollywood, the mother of two may have filled media tabloids for messy breakups, tasteless jokes about Megan Thee Stallion’s shooting incident, and telling one of her former co-stars, Brandi Maxiell, that her cancer survivor storyline was “boring.”

But when it comes to her role as a mother to her sons, Kniko Howard and Jru Scandrick, Draya keeps things out of public view. There was, however, one incident she was involved in while parenting Kniko in her hometown of Philadelphia that seeped into the press by way of the infamous 2013 #askdraya hashtag. A report surfaced that, in 2010, she had been arrested and charged with child endangerment for allegedly leaving her then 7-year-old son home alone while she went to work. At the time the police report leaked, Draya was at the height of her career in reality TV and modeling. In addition to raising questions about Draya’s past, the story also caused fans to wonder who Draya’s child’s father was and why she was left to raise her son alone.

Draya Michele did not have a baby with Gilbert Arenas

After years of rumors about her parenting skills, including claims that former NBA player Gilbert Arenas was Kniko Howard’s father, Draya finally revealed who her oldest son’s father is. In a lengthy explanation captured by The Jasmine Brand, Draya shared that she was only 17 years old when she conceived Kniko with his father Kniko Sr. She admitted that she was a teenage mom who worked “in the club” for seven years while raising her son with her mom’s help. Kniko’s father began serving 10 years in jail when she was seven months pregnant. She went on to reveal that her son’s father now resides in Pennsylvania and “makes an honest living being a barber.”

After a rough start on her motherhood journey, Draya moved on to bigger and better things once she relocated to Los Angeles. After meeting NFL player Orlando Scandrick in 2014, the two began dating and got engaged one year later, per CheatSheet. In January 2016, she announced that they were expecting their first child together. Jru Scandrick was born later that year, but the relationship didn’t last. On Christmas Day 2019, Draya announced that she had “been single for the entire month.” However, despite her rocky past, Draya has become a successful entrepreneur and TV personality all while raising her two sons.