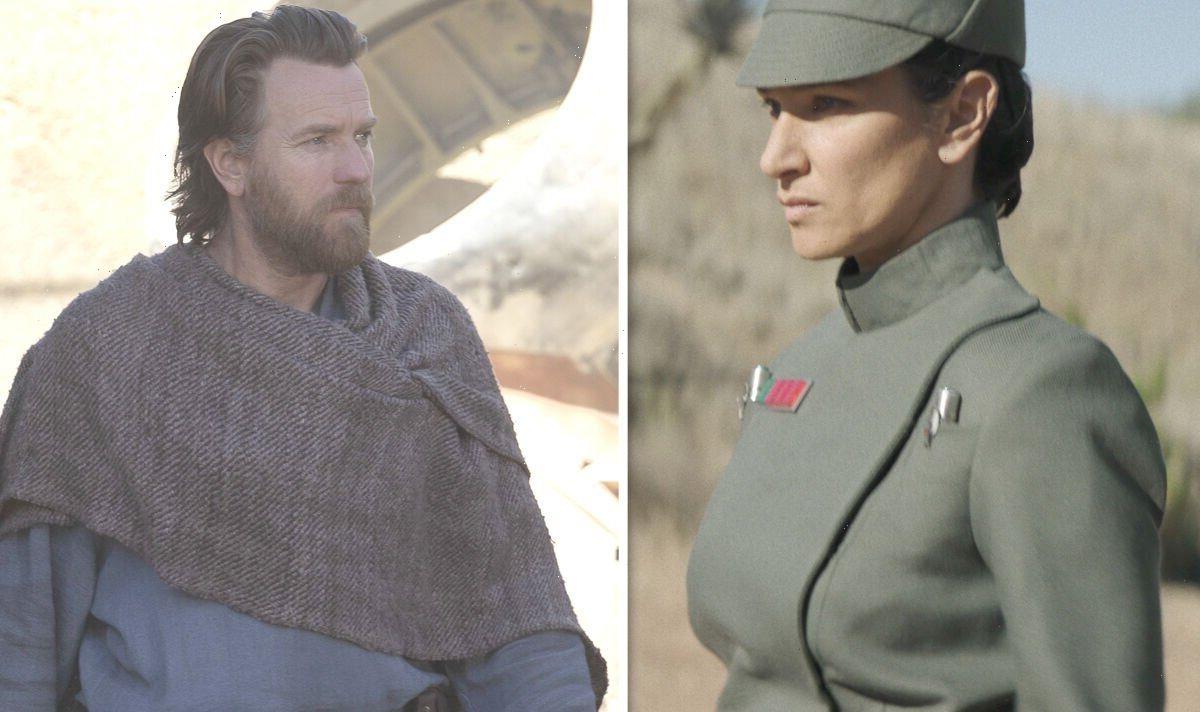 Star Wars series Obi-Wan Kenobi launched on Disney Plus on May 27 and the show is quickly being hailed as one of the strongest spin-offs to come out of the universe. Obi-Wan Kenobi marks the return of Ewan McGregor to the sci-fi franchise as the Jedi master, who is left reeling in the aftermath of Anakin Skywalker (Hayden Christensen) rejecting the light and becoming a megalomaniacal Sith lord.

WARNING: This article contains spoilers from episode 3 of Obi-Wan Kenobi

Who is Tala in Kenobi?

The third instalment of Obi-Wan Kenobi saw the Jedi (played by McGregor) coming face to face with Darth Vader (Christensen) in all his truly terrible glory.

Former master and protégé battled it out as Vader’s red lightsaber was put on display for the first time.

Ben was also trying to get Leia Organa (Vivian Lyra Blair) to safety with the pair travelling the Galactic Empire-occupied Mapuzo, however, they encountered all manner of danger from stormtroopers to the new Inquisitor (Reva Sevander) to Vader.

Tala (Indira Varma) was introduced in the episode and offered aid to Ben and Leia after initially appearing to be the enemy.

However, it transpired she was actually secretly working for the underground movement after she became disillusioned by the authoritarian nature of the Galactic Empire.

Tala not only tried to help Leia reach her home planet of Alderaan, but she also rescued Ben when he was trapped by Vader following their duel.

Together the pair fled and are likely to be looking for Leia, who ran away after encountering the Third Sister.

According to IMDb, Varma will next be starring in the TV show Extrapolations.

She is also going to be appearing as the title character in the movie The Trouble With Jessica and TV series Damage, which are both in post-production.

Additionally, Varma is listed as appearing the Hollywood action movie Mission: Impossible – Dead Reckoning – Part One, which is due for release in 2023 and is also in post-production.

Speaking about appearing in Obi-Wan Kenobi, Varma said her character had “made mistakes” before joining the resistance.

She went on to say about Tala: “It’s just a given that this is who she is and how she maneuvers and navigates her world.

“And so she’s quite adept to it. [Her rescuing Obi-Wan] was quite offhand.”

The star also said she would “of course” reprise the role of Tala should the opportunity come up, perhaps appearing in season three of The Mandalorian which would reunite her with Game of Thrones co-star Pedro Pascal.

Varma said to Elle: “You want to work with the people you love and you respect and who you have enjoyed working with.”

Varma wasn’t the only familiar face to crop up in episode three of Obi-Wan Kenobi, Scrubs actor and director Zach Braff also had a small role as Freck, who gave Ben and Leia a lift.

Freck was something of a double-dealer and tipped off some Stormtroopers, leading to a battle with Ben and Leia forced to swiftly exit.

James Earl Jones also reprised his role as the haunting voice of Darth Vader while Christensen was under the suit.

One other recent cameo in the series was Flea from Red Hot Chili Peppers, playing a bounty hunter hired by Reva to kidnap Leia in episode two.