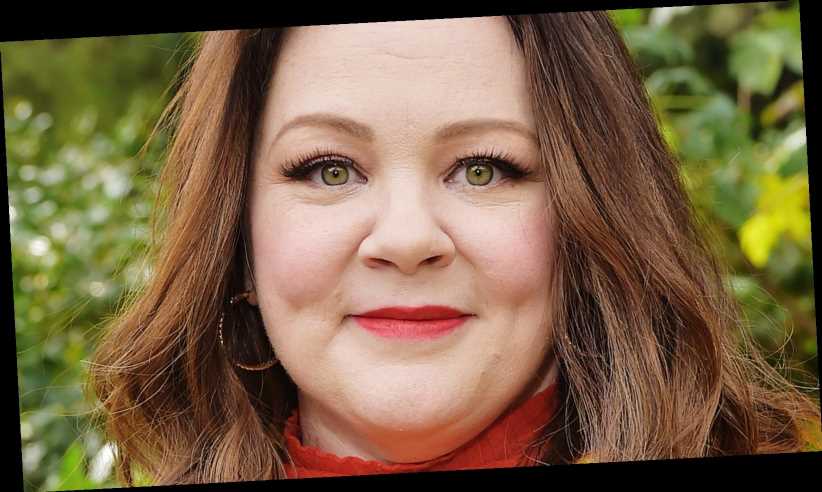 Melissa McCarthy first made audiences fall in love with her when she played Sookie St. James on Gilmore Girls in the early 2000s, but her husband, Ben Falcone, knew she was the one when he met her in 1998, according to InStyle. The comedic couple married in 2005 and has collaborated together in numerous films, including 2018’s crime thriller Can You Ever Forgive Me?, in which McCarthy was nominated for an Academy Award a year later (via EW).

Throughout McCarthy’s success, she has had her husband’s support and encouragement. Unlike other couples who don’t like to work together in the same industry in fear of ruining their relationship, McCarthy and Falcone have been the opposite. Falcone has worked alongside McCarthy on several film projects. Their bond is just as strong as any power couple in Hollywood, but they might have made a name for themselves as the funniest. Keep scrolling to find out more about McCarthy’s hubby.

Melissa McCarthy met her husband Ben Falcone in 1998 during an improv class at the famous Los Angeles-based improv company The Groundlings. Their introduction to each other was as funny as you’d imagine, as Falcone told The Hollywood Reporter in 2013, because they “howled” through a Bob Seger-themed holiday skit that they wrote together. Falcone revealed that he knew McCarthy was the right person for him when they met, telling More, via Us Weekly, that they “got hit with the same lucky stick.” The two welcomed two daughters, Vivian and Georgette, after they married in 2005.

While both of them are comedians, they have different opinions on who is funnier. McCarthy told The Hollywood Reporter that Falcone’s “funnier and smarter” whereas she’s “just loud,” while Falcone disagreed and said she is “the fun one.” However, funniness is only secondary in their relationship as they’re more into supporting each other, with Falcone telling The Daily Mail in 2016 that they “love each other and respect each other,” while giving each other “lots of breaks.”

It’s obvious that Melissa McCarthy likes to work with her husband, Ben Falcone, but they also co-founded their own production company called On the Day Productions in 2013, per ABC News. Falcone takes on the directing work, whereas McCarthy acts as his muse on screen — and she doesn’t seem to mind because they work so well together. “It’s ridiculous. It’s like you get to go to work with your best friend,” McCarthy told E! News in 2018. “It’s exactly how we met and we became such good friends because we loved doing this together. To get to do it on this kind of scale and still keep telling stories … it’s a dream.”

Falcone agreed and said working with his wife is the “best thing [he] could ever imagine.” And other celebrities notice how well they work together. Actress Adria Arjona, who co-starred with McCarthy in Life of the Party, which Falcone directed, told POPSUGAR that “no one makes Ben laugh more than Melissa.” Arjona added that their relationship works because they never argue. “Melissa gives his directorial stage to him, and he gives her stage as an actor,” she explained. “It’s a great balance, and it’s all based on respect.”

Melissa McCarthy and Ben Falcone's kids have the acting gene

Melissa McCarthy and Ben Falcone’s respect for each other extends to their roles as parents. The couple shares two daughters, Vivian and Georgette, who made their acting debut in their parents’ movie The Boss in 2016 (via IMDb). “They kept asking and we said no for months and [then] my oldest said, ‘Am I not allowed to even try?'” McCarthy recalled to E News! “She’s very smart and I said, ‘That’s good, you went right to it because I certainly can’t say you’re not allowed to try. So we spent the next month seeing really if she’d do it. She did great.”

Falcone added that their youngest daughter didn’t want to be left out and also asked to cameo in the film. However, the couple stated that their cameos were not indicators of them entering Hollywood. “We said, ‘You can do it again right after college,'” McCarthy told the outlet, while Falcone said that he’s “not going to discourage it but [he’s] also not going to encourage it.”

Whether their kids enter the industry or not, McCarthy and Falcone have proved that they’re a match made in comedy heaven,