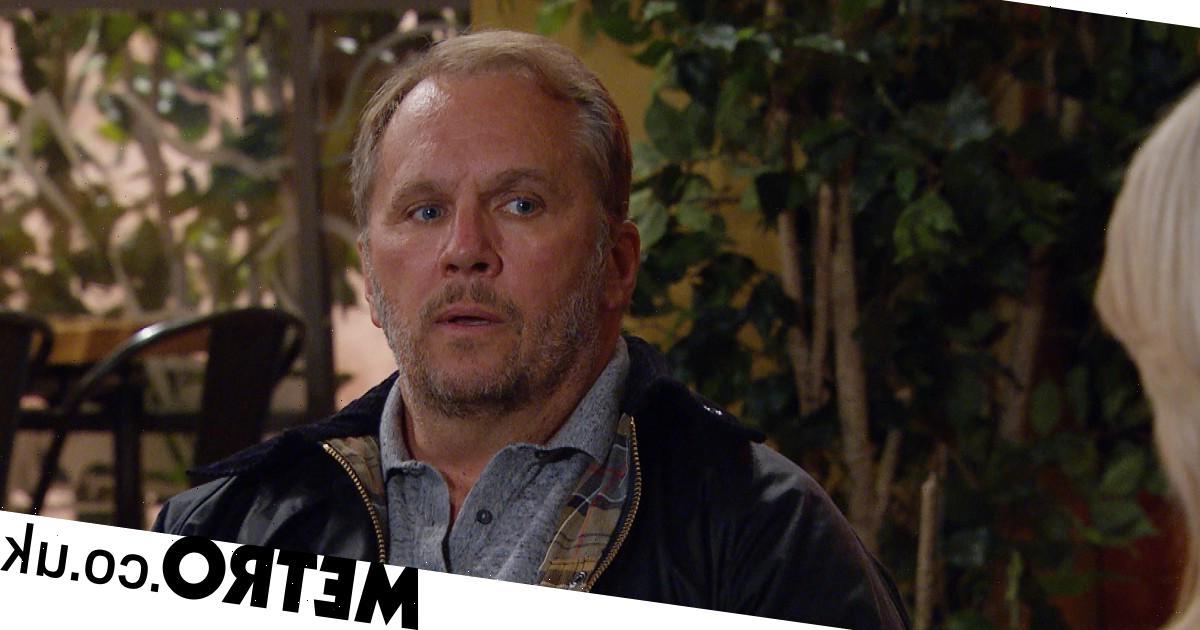 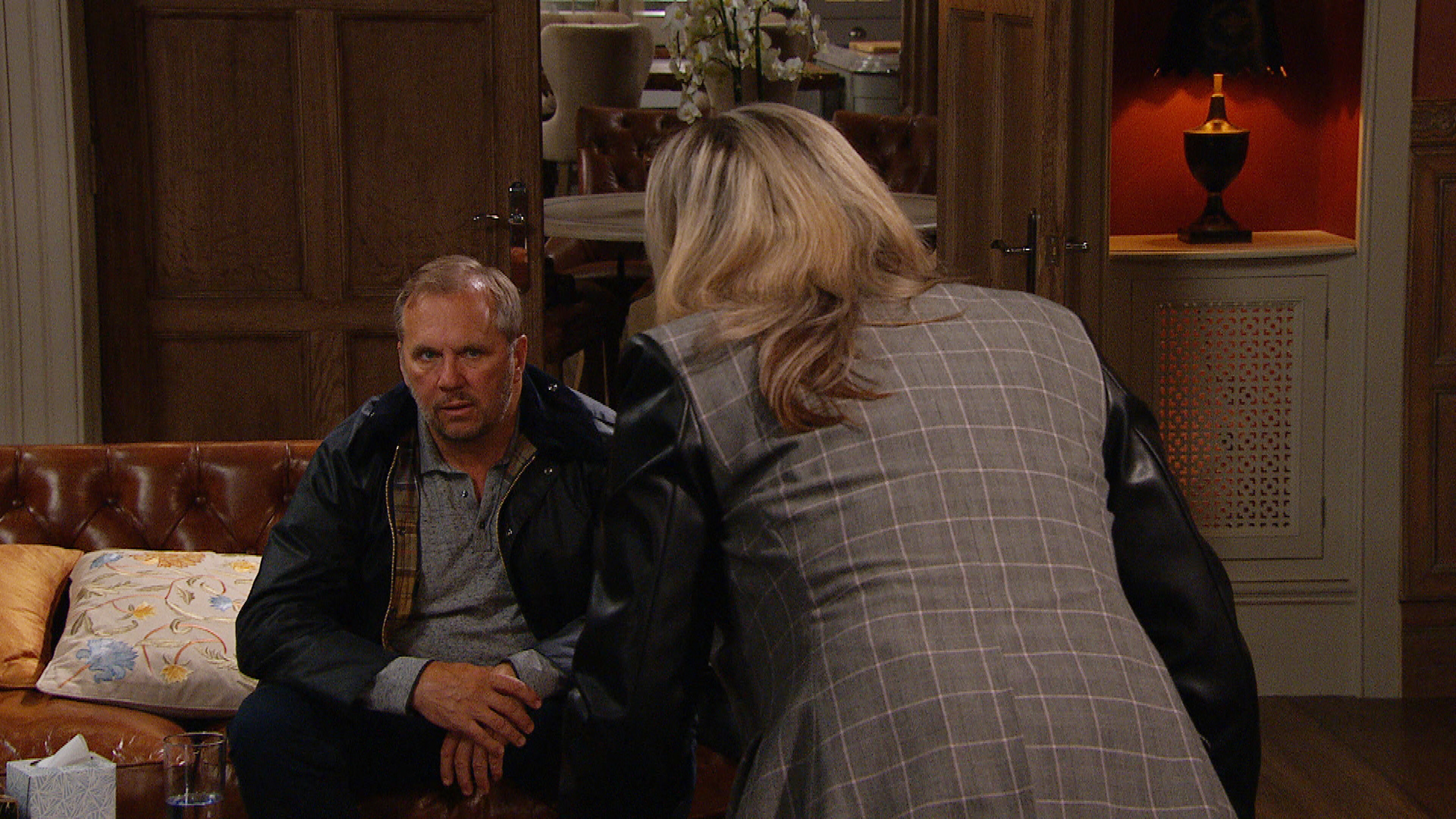 Will Taylor (Dean Andrews) will face Kim Tate’s (Claire King) wrath tonight when she forces him to come clean about the secret he’s clearly hiding.

As the survival week nears ever closer, Priya (Fiona Wade) and Ellis (Aaron Antony) are facing a problem – they need to move their base camp due to uneven and dry ground, which will make putting up tents nigh on impossible.

Priya and Ellis have put forward the idea of moving the base camp to a different area of Kim’s land, which also happens to be where a dead body is hidden.

As Will’s anxiety increases, spoilers confirm he confesses to Kim, telling her the land is where a body is buried.

Who did Will kill?

Well, actually, no one.

‘The body’ Will is relating to belongs to bent copper Malone – who was murdered last year.

The dodgy DI made Will, Dawn (Olivia Bromley) and Harriet’s (Katherine Dow Blyton) a living hell but, in a showdown, he was shot and killed by Dawn – Will’s daughter.

Will, Dawn and Harriet made a pact and agreed to keep Malone’s death a secret, but it hasn’t been easy.

Where is Malone’s body buried?

Malone’s body is currently buried on a patch of land Kim owns.

However, before Will and Harriet moved the body, they did initially bury it in the church.

But when a woman called Jean announced to Harriet that she’s the daughter of the man in the graveyard beneath Malone, Will panicked when discovering Jean was planning on having him dug up.

With Harriet’s help, Will moved Malone’s body and since then, he’s been buried on Kim’s land.

But with the truth set to be revealed, how long will it be until Kim discovers ‘the body’ is that of DI Mark Malone?