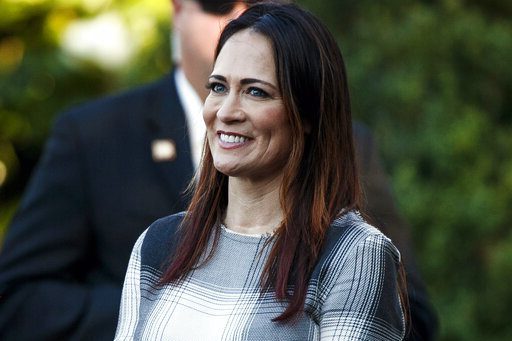 As President Donald Trump continues to insist that he was right to say in a tweet that Alabama was in Hurricane Dorian’s path, his press secretary, Stephanie Grisham, lashed out at CNN for one of its mistakes.

She tweeted out a screenshot of a CNN-created map that identified Alabama as Mississippi.

“Hi @CNN, I know you guys are busy analyzing lines on a map, but perhaps you use your time to study up on U.S. geography?” she wrote on Twitter.

The message was clear. She was dinging CNN for making a mistake after its coverage of Trump’s claim earlier this week that Alabama was at risk. In fact, by Sunday the storm was no longer threatening that state, as National Weather Service forecasters charted its courts up along the southeast coast.

CNN’s PR department returned with its own irreverent response to Grisham.

“Thanks, Stephanie. Yes, we made a mistake (which we fixed in less than 30 seconds). And now we are admitting it. You all should try it sometime.”

Trump continued to insist that he was correct, even after displaying a doctored weather map in which someone used a Sharpie to extend the hurricane’s path into Alabama.

On Thursday he again tweeted messages and maps of the threat that the state once faced — although that was last week.

“I was with you all the way Alabama. The Fake News Media was not!”