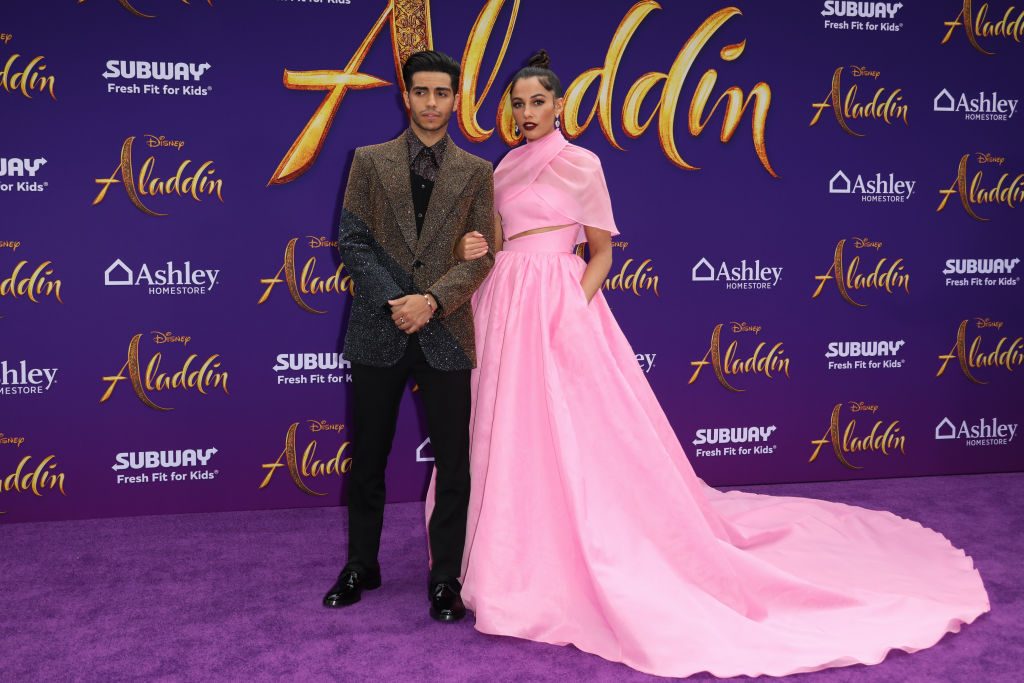 For this soap opera star, being in Disney’s live-action adaptation of Aladdin was a whole new world. During an interview on the Sara Cox Show, Nina Wadia reflected on her role in Disney’s Aladdin — apparently, it was “such great fun.” How did she get the part? What role did she play? Here’s what we know about Nina Wadia’s cameo on the rebooted film.

Some viewers know Nina Wadia as Zainab Masood in the BBC soap opera EastEnders. Others know her as Mrs. Hussein in the Open All Hours spin-off series, entitled Still Open All Hours. Thanks to Disney, the actress had a brief role in their live-action adaptation of Aladdin.

“It was very last minute,” Nina Wadia said, according to Digital Spy. “I knew the movie wrapped, so I knew it was done, and then I get a phone call two months later going, ‘actually we need to put a scene in and they’ve asked if you can go in and do this.’”

“So I was like, ‘Okay,’” she continued. “It was a woman called Zulla; she’s a market trader. Honestly, it’s a very small role, it’s like a cameo, but it was such great fun.”

Disney’s film premiered on May 24, 2019. Since its release date, fans of Nina Wadia were excited to see the actress on the silver screen for the live-action Aladdin. Although the cameo was brief, some viewers took to Twitter to express their excitement.

“Seeing Nina Wadia in Disney’s Aladdin was the highlight of the movie. At that point, no other cast member mattered because all of a sudden I became proud of someone I don’t even know,” said one Twitter user. “Screaming ‘That’s Zainab Masood!’ was all that actually mattered in that moment.”

“Omg, Nina, you were the highlight of Aladdin! What a fabulous surprise to see my favorite Indian actress! Been following your career since the 90s,” said another Twitter user.

‘Aladdin’ overall was a success for Disney and actors, like Will Smith

Starring in the live-action adaptation of Aladdin was a win for multiple actors. Even Will Smith enjoyed the highest-grossing movie of his career, thanks to Disney’s film. As of August 2019, the reboot earned over $1 billion in box office sales.

Additionally, Aladdin is one of Disney’s most successful live-action movies, surpassing box office sales of films like The Jungle Book, Dumbo, and Maleficent. Songs like “Friend Like Me” earned over 20 million plays on Spotify. The company’s most recently released live-action movie, The Lion King, is still available in theaters.

Disney’s live-action adaptation of Aladdin will be available for purchase on DVD, Blu-ray, and 4K Ultra HD on September 10, 2019.