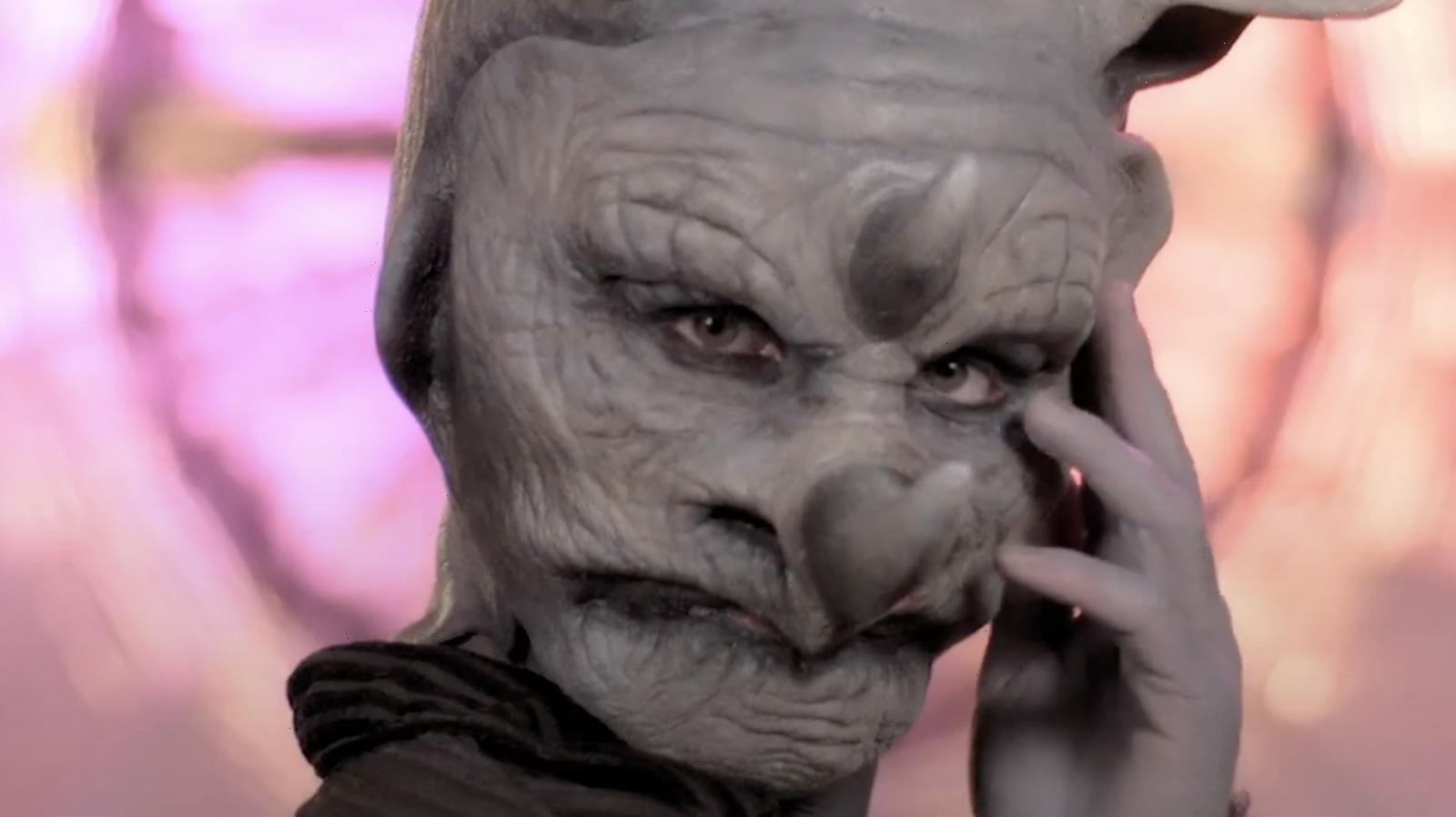 On July 21, 2021, a new type of reality dating show will debut on Netflix called “Sexy Beasts.” Following the success of last year’s “Love is Blind,” Netflix seems to be interested in capitalizing on the “dating show with a twist” concept. Whereas “Love is Blind” involved people trying to find love from separate rooms, “Sexy Beasts” is sort of a combination of “The Dating Game” and “The Masked Singer.” The concept is fairly simple: as described in Newsweek, each episode will feature four contestants, one who is the designated “picker” and three potential suitors. The singular “picker” will go on three individual dates, and at the end of the 30-minute episode, will pick the person with whom they’ve formed the best connection and potentially want to start a relationship.

There is a twist, though; each of the four contestants per episode will not be able to show their face. In “The Masked Singer” part of the show, each person will be wearing unique masks and prosthetics to hide their identity, the idea being that people will fall for a person based solely on their personality and conversation skills, not on their looks. Once the “picker” has chosen their potential love match, all four will remove their masks, thereby revealing who they chose — and who they’re missing out on!

When the show’s trailer first dropped, it understandably attracted the attention of the internet, but just what is “Sexy Beasts”? Keep scrolling to find out.

"Sexy Beasts" is different than other dating shows

One of the biggest selling factors of “Sexy Beasts” is that it is different from any other dating show on the market, a claim that Netflix might be able to back up. As reported in Variety, Nick Catliff and Richard Bradley of Lion TV (the company that is creating and producing the show), described “Sexy Beasts” as “fun, frivolous and totally original.” And they most likely aren’t wrong. There doesn’t seem to be a mainstream American show in recent history that used masks and prosthetics to protect the identities of those who are participating. In the aforementioned “Dating Game,” the contestants sat in a studio shrouded in darkness, so the person in the hot seat couldn’t see their faces.

But that was just a question-and-answer way of getting to know somebody. As the trailer for “Sexy Beasts” shows, the “picker” contestant gets to go on active dates with their potential suitors. They are shown in a variety of environments, including getting drinks at a bar, riding a rollercoaster, going skeet shooting, and even throwing axes. To be able to do such vigorous activities while still maintaining hidden facial features is definitely a new and different way to approach the “mystery dating show.” However, it might not be quite as unique as people may think.

"Sexy Beasts" is actually a remake

While Netflix has been known to take a chance on many wild, unproven concept shows (like “Love is Blind”), they actually didn’t make such a risky decision when they greenlit “Sexy Beasts.” In fact, the show has been in production before. According to Variety, Netflix’s version of the show “is based on Lion TV’s original British series for digital channel BBC Three in 2014. The format, sold by [Lion TV’s parent company] All3Media International, has traveled around the world.” Lion TV, who originally created the show for BBC Three, is also creating and executive producing the Netflix iteration. As reported in AVClub, the original BBC Three version of the show only ran for one season.

However, the show has enjoyed wide international appeal, with a few countries ordering their own version of “Sexy Beasts.” RealScreen reported that, in 2015, local stations in China, Lithuania, and South Korea had optioned the show. Additionally, the publication stated the show achieved success in Germany, having been greenlit for a second season in 2015. While the concepts for the show remained the same throughout the international versions, they weren’t exactly the same. For example, while the original British concept (and Netflix’s new version) will feature 30-minute episodes, RealScreen reported that the Chinese and South Korean iterations would actually be hour-long shows.

"Sexy Beasts" brings together a veteran team of makeup artists

Although Netflix’s version of “Sexy Beasts” is technically a type of remake, it might look a bit different from the original BBC Three show. Via Variety, Simon Welton, the creator and executive producer for Lion TV, which is making “Sexy Beasts,” said that making the show “has been an incredibly exciting process. With an international cast featuring some truly brilliant characters, a host of prosthetics which look extraordinary in 4K and with Rob Delaney narrating, the viewers are in for a real treat.”

One thing that isn’t changing between the British and Netflix versions, however, is the special effects team that is in charge of creating the prosthetics for the contestants, reported Newsweek. Kristyan Mallet and his team at KM Effects did the work for the original show, and they were hired back to do the same work for Netflix’s iteration. They have worked on “hundreds of films and TV shows” according to Newsweek, including “Black Mirror,” “Harry Potter,” and “The Theory of Everything,” meaning that the makeup and special effects of the show will probably be amazing. And since he has worked on both versions of the show, he was able to directly compare their differences. “I think [Netflix’s version] is really different,” he said. “It’s a lot more polished. I think the production value and the way they shot it and the format, I think it’s vastly superior.” We’re definitely looking forward to seeing the new look of “Sexy Beast”!

The show has already garnered some criticism

The whole premise of “Sexy Beasts,” as seen on Netflix’s official page for the show, is to “say goodbye to superficial dating” and “put true blind-date chemistry to the test.” And while that may be what the show is ostensibly about, as NPR so astutely pointed out in their review of the trailer for “Sexy Beasts,” it doesn’t really hide what the contestants look like. Although their heads are indeed covered, the rest of their bodies are not, with the participants wearing everyday street clothes along with their animal-inspired heads. NPR also helpfully pointed out that one of the most-used taglines in the show’s promo, “A** first, personality second,” doesn’t actually have to be a choice, “given that the costumes do not obscure either the a** or the personality.”

NPR also noted that, under their masks, the contestants weren’t exactly groundbreaking in their appearance. All the participants seen in the show’s trailer are “conventionally attractive,” and NPR asked “has Netflix simply reinvented the elite masquerade ball?” However, having “hot” people under the masks and prosthetics might actually be the point of the show, as they may be the ones who are most concerned about being loved for their personality, not their looks. Nevertheless, “Sexy Beast” is still, at its core, another dating show where conventionally attractive people are attempting to find love.

The furry community isn't thrilled with "Sexy Beasts," either

Even though some people, like the NPR reporter, might think it a bit strange to have contestants only wearing prosthetic heads and not full body suits, it turns out that’s a very common occurrence in the one community that may have a problem with this show — the furries. In an interview with Slate, Joe Strike, the author of “Furry Nation: The True Story of America’s Most Misunderstood Subculture” and a veteran furry himself, expressed some reservations with the existence of “Sexy Beast,” while also debunking some misconceptions some people may have about his community.

When it was mentioned that the show might not be offensive to those in the furry community because the contestants weren’t “really furries, because real furries would never wear just a head and no fursuit,” Strike quickly corrected the interviewer, saying that it was “just the opposite.” He called that type of furry a “partial” and explained that such a persona is quite common for those who don’t have the money to afford a full bodysuit. Strike stated that part of the show was actually “aligned with that part of the furry thing.”