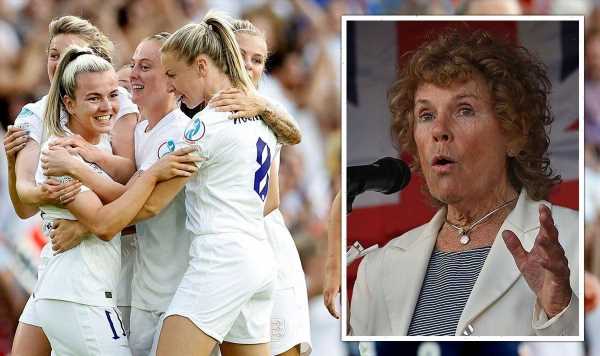 After England’s women’s football team defeated Norway 8-0 on Monday, a BBC broadcaster pointed out the squad’s lack of diversity. The BBC has since come under fire for the comments and Baroness Kate Hoey joined Darren Grimes on GB News to criticise the line of questioning as “ridiculous”.

BBC reporter Eilidh Barbour said: “All starting 11 players and five substitutes who came onto the pitch were white, and that does point towards a lack of diversity in the women’s game in England.”

“It really was not something I thought any BBC sports journalist but particularly after the Lionesses had such a great victory.

“It seemed to me that she overstretched the mark even if she personally thought that and it was a ridiculous thing to think about because as you rightly say most people feel the best people should be picked for teams.” 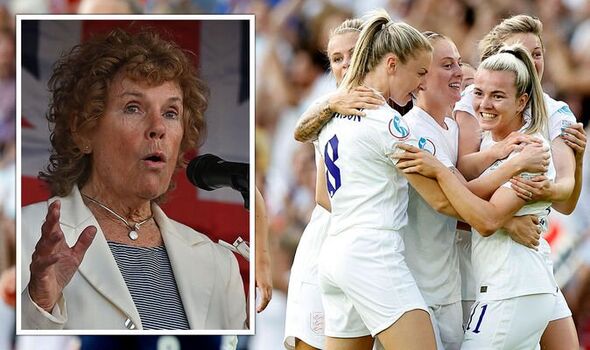 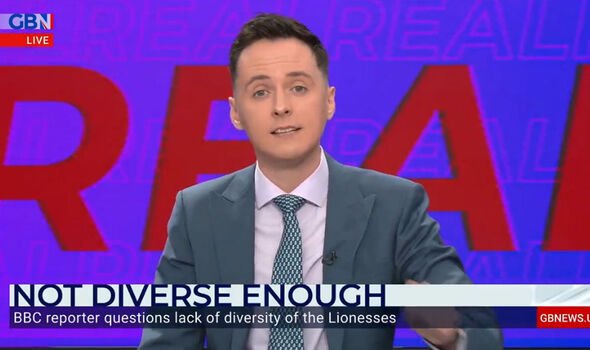 “England have done extremely well and over the last 10 or 20 years women’s football has grown enormously right throughout the country,” the former Labour MP continued.

“I was delighted to see Northern Ireland competing for the first time ever even though they lost 5-0 to England it was still a great event.

“I think the BBC really should be looking at what on earth they were playing at.”

Grimes noted: “You’re a former sports minister, you recognise the way in which it’s changed.” 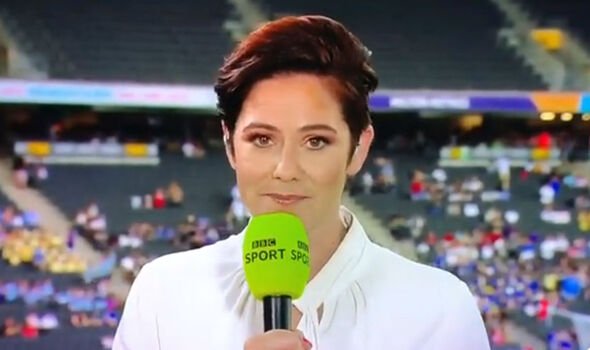 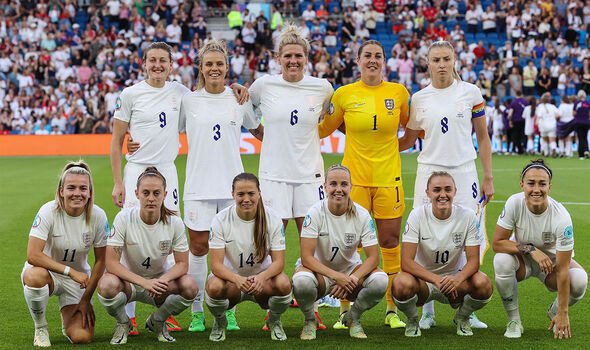 The GB News presenter argued diversity was being focussed on rather than the game itself.

“Is this not going backwards rather than forwards?” Grimes asked.

“I think it is,” Hoey replied. “Sports unites people, it brings people together.

“Certainly when I was sports minister you never even thought of the fact that some of our teams were predominantly Black, some of our best athletes are from the Black community and sometimes we had all-Black men’s teams and all-Black women’s teams.”

“It really was a ridiculous thing to say and I think particularly so because Sue Campbell who is one of the people within the Football Association who has really done so much to make sure that more young women are getting into football from all backgrounds,” she explained.

“It does seem so ridiculous that having seen the changes and the good things that are happening.

“I remember when I was sports minister going to watch an England football match and there was myself and 100 spectators – that’s what’s changed in quite a relatively short time.

“I think the BBC is just being pathetic I couldn’t think of a far better word.”

The politician took to Twitter to address the BBC reporter’s comments earlier in the week.

Hoey was replying to academic Matt Goodwin who tweeted: “Personally, I want to take a minute to appreciate the fact that somebody who was born in Baghdad, to a Kurdish family, who arrived in the UK as a child after fleeing Saddam Hussein, who could speak no English, just ran to be Prime Minister of the United Kingdom. The British Dream.”

She commented: “Absolutely right and yet @BBCSport at the #EURO2022 make an issue of why the England women’s team is all white. #pathetic.”

Real Britain with Darren Grimes continues on GB News on Sunday at 2pm.