Susanna Reid, 50, and her co-host Piers Morgan, 55, were joined by Sir Keir Starmer, 58, to discuss the latest developments arising from the coronavirus pandemic. However, the Good Morning Britain star wanted to ask the Labour Party leader whether he would challenge Prime Minister Boris Johnson, 56, about how children were going to cope as schools shut their doors. The journalist claimed students were going to suffer greatly now they won’t be in the educational environment for several weeks.

Reid said: “So now schools are closed, I’m devastated because really we are damaging a generation of children.”

Starmer agreed the decision was “really tough,” to which the presenter added: “I understand they have to be [out of school].

“I struggle with home learning and we have access to resources,” she continued, before challenging the leader of the opposition.

“How are you going to ensure that the government delivers the laptops and access to home learning resources that a lot of people don’t have?

“Because this is going to open up a gap in attainment hugely between private and state schools and within schools themselves between the haves and the have-nots,” the journalist remarked. 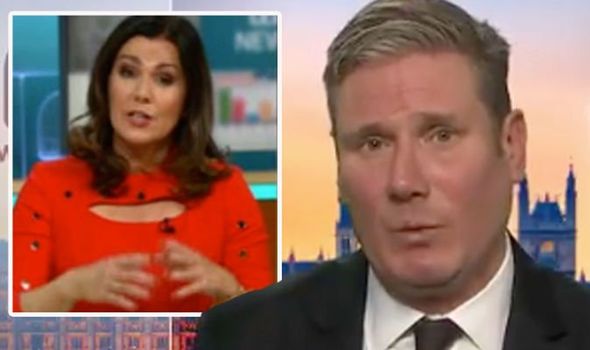 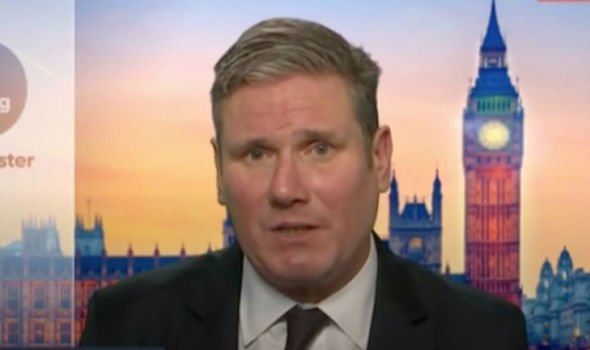 Starmer replied: “That’s exactly the problem. We’re back in Parliament on Wednesday so I will get my first chance in Parliament to press the Government on this.

“We’ve been pressing them for months because you may remember this, of course, happened last year when Gavin Williamson promised millions of devices would be made available.

“In the end, I think 40 percent of what was promised was delivered and that was the end of that. We can’t go there again.

“There’s a huge mishmash. Children in overcrowded accommodation who don’t have access to devices or where there are date charges that they can’t afford,” the politician continued. 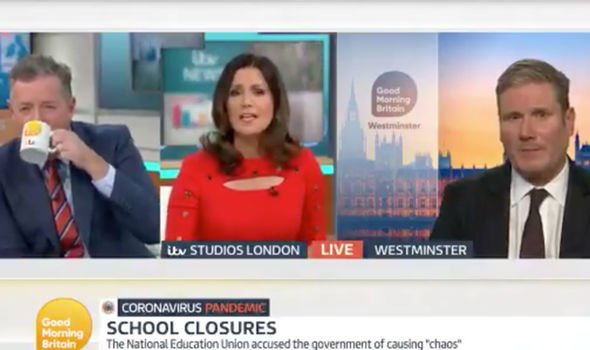 We are damaging a generation

“These are huge and immediate problems for children,” the Labour Party leader told his interviewers on the show.

“You’ve then got the problem coming down the track that we’re not going to have exams in the ordinary way this year.

“That’s not possible, therefore, there is going to have to be some sort of assessment that cannot be left to the last minute.

“Of course, assessments can be a lot more difficult this year because there is less time in school or college to assess people.”

The Prime Minister said on Sunday’s edition of The Andrew Marr Show there was “no doubt in his mind” children should return to the classroom before doing a U-turn just over 24 hours later.

Starmer has called for closures to be implemented before the start of the new term, telling the BBC: “We need to go back to where we were in March with very, very strong messaging about staying at home.

“I’m afraid that the closure of schools is now inevitable and therefore that needs to be part of the national plan for further restrictions.”

Taking to Twitter, viewers responded to the interview on Good Morning Britain as one wrote on Twitter: “Sir Keir Starmer proving intelligence, understanding and having a clear plan. This man is class. #gmb.”

Whilst a third commented: “@Keir_Starmer looking impressive on @gmb could this be his finest hour and the moment he breaks through as a PM in waiting? #GMB @susannareid100 @piersmorgan.”

“Easy ride for Keir here. No real answers or anything of interest said. More coherent than Johnson though. #lockdown #gmb #KeirStarmer,” a fourth remarked.

A fifth posted: “Sir Keir saying some children won’t get the same level of education at home. Shame no one came up with a plan to provide internet to all… Someone in the labour party #gmb.”