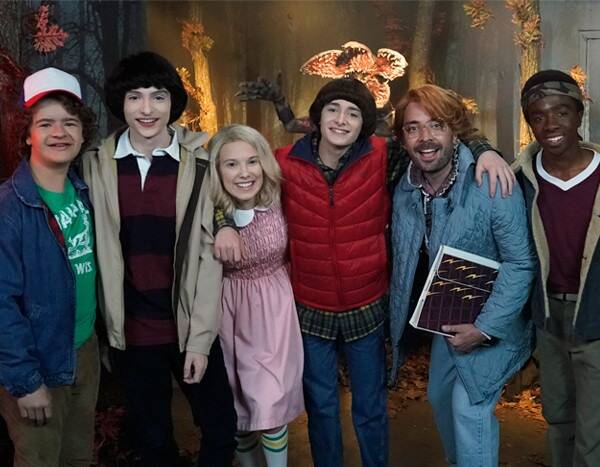 The Upside Down didn’t even have our hearts racing this fast.

During a horrifying yet hilarious skit on The Tonight Show Starring Jimmy Fallon last night, the cast of Netflix’s Stranger Things—including Gaten Matarazzo, Finn Wolfhard, Millie Bobby Brown, Noah Schnapp, Caleb McLaughlin and Sadie Sink—headed to NYC’s Madame Tussauds Wax Museum to…scare the crap out of fans. Because, why not?

Dressed in their characters’ notorious ‘80s garb, the actors stood frozen on a mock set of Hawkins, Indiana as if they were, well, you know, wax figures. The victims fans, believing they were there to check out a new Stranger Things exhibit before season 3, were escorted in and asked to pose for a photograph. Out popped the cast and the screams.

But, the most frightening aspect? Jimmy Fallon‘s hysterical take on the fallen Barb (played by Shannon Purser).

“You scared the crap out of me,” confessed a museum visitor.

Chimed in Fallon, “Can we get him a change of pants?”

The Netflix hit returns to screens on July 4 with its hotly anticipated third season. (Need a refresher? We’ve got you covered.)

“This season is intensified,” Wolfhard, who plays Mike Wheeler, teased to E! News at the 2019 MTV Movie & TV Awards.

Watch the full video above!