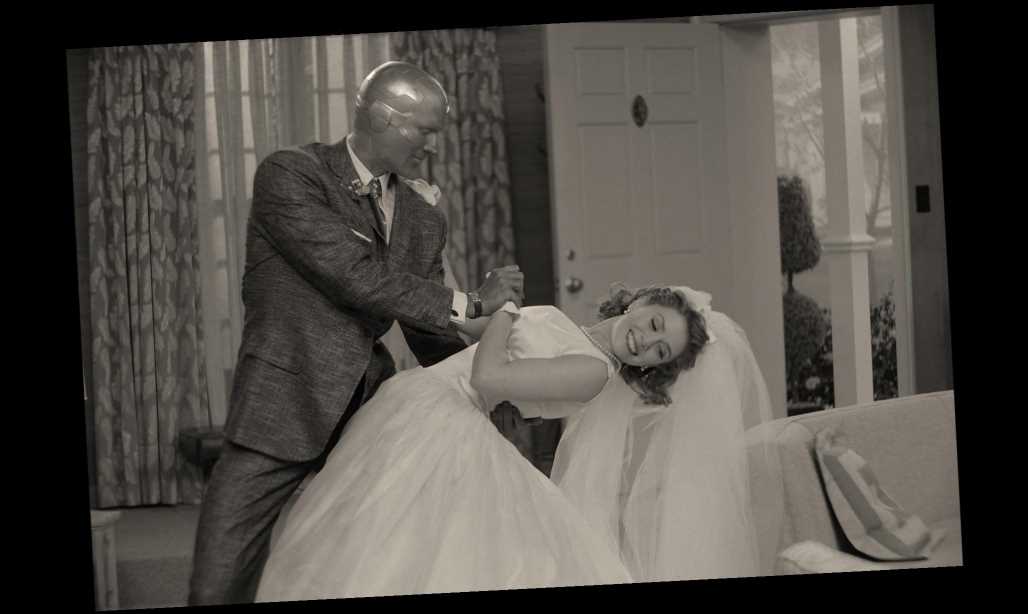 The premise of Marvel's new series WandaVision is the franchise's most unique yet — and that's precisely why star Elizabeth Olsen jumped at the chance to reprise her superhero character Wanda Maximoff, a.k.a. Scarlet Witch, whose last cinematic appearance was in 2019's Avengers: Endgame.

"I always played the sincerity of the film, while everyone else got to have all the fun, jokey stuff," Olsen, 31, tells PEOPLE of Wanda, who was first introduced in 2015's Avengers: Age of Ultron. "But this show gives us the time to know her better and see the levity and love in her."

: WandaVision's Paul Bettany Says His Marriage to Jennifer Connelly 'Really Altered Who I Was'

"It sounds so gimmicky, but it is actually part of the storytelling," Olsen says of the limited series, which premieres Friday on Disney+. "Why it happens is answered within the show." Although Olsen spent a lot of time on a classic sitcom set in her childhood — her older sisters Mary-Kate and Ashley Olsen played Michelle Tanner on Full House from 1987-1995 — the Wind River star admits her favorite sitcom tribute was the episode set in the '70s.

"I'm an '89 child. So I think, for me, I really loved The Brady Bunch Movie," she says. "There was a lot of joy in being in the '70s episode for me, which was our big Brady Bunch reference. What's so fun about it is you get to allow yourself to really lean in to the cheesiness of it all, which is damn fun and you don't get that opportunity quite a lot."

"We laughed all the time," she adds of getting to play with Bettany, 49. "It was so bonkers and fun." She also enjoyed the variety of her character's wardrobe, save for a few undergarments.

"We were having a lot of fun with trying to be as authentic to each decade as possible, but for the '50s, '60s, the bras are just hilarious," Olsen says. "It's a very strange cone shape. I still don't understand why they were a thing."

The first two episodes of WandaVision are now available on Disney+.