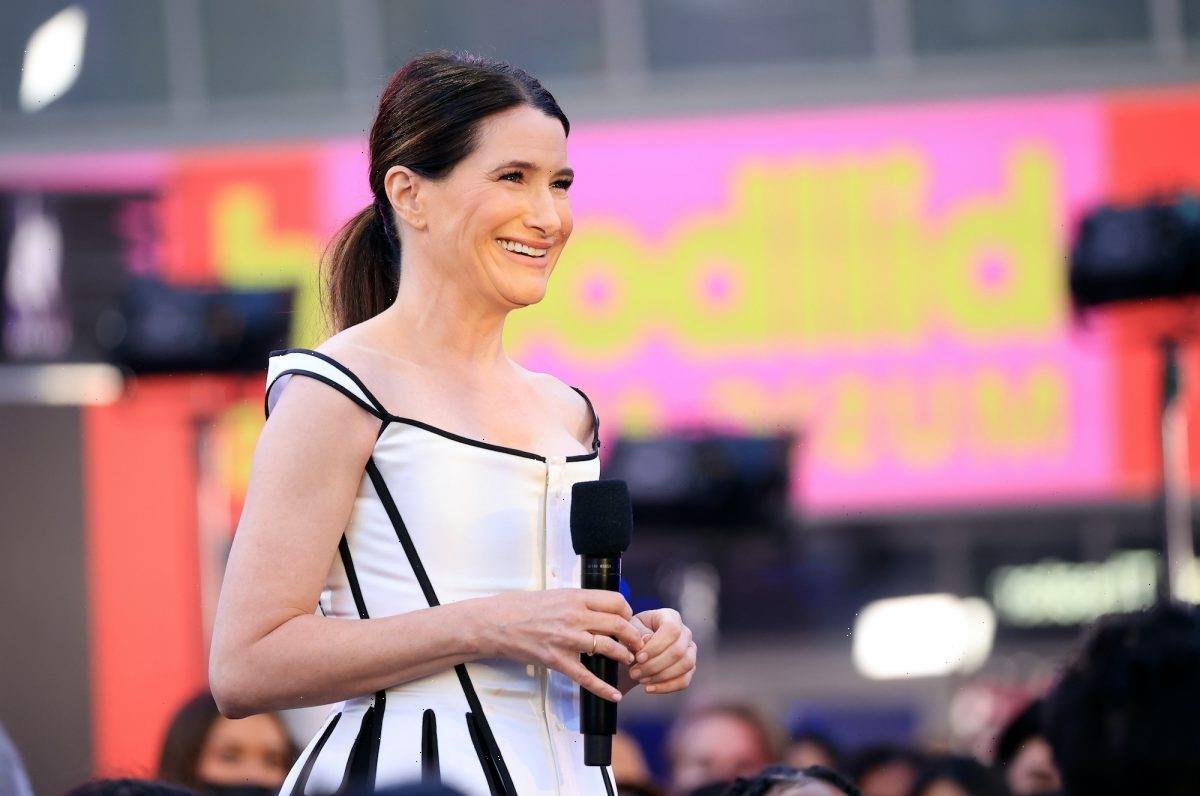 Kathryn Hahn wowed Marvel fans with her role as Agatha Harkness in WandaVision. But Hahn’s career was anything but an overnight success.

Before she was one of the queens of the MCU, she had plenty of earlier parts before this one. There was a time in her career when she wasn’t doing quite as well and had to scrap to survive. She recently told one hilarious story about an early-career audition that you may not believe.

Where Kathryn Hahn got her start in acting

In a podcast interview with Conan O’Brien, Hahn said that she got her acting career jump-started with a rather modest gig. She appeared on a children’s TV program on a local network. She appeared on the kid’s show Hickory Hideout for WKYC in Cleveland, Ohio. The show featured puppetry and plenty of other kid-friendly segments. It wasn’t necessarily embarrassing for Hahn, but it was definitely a far cry from the major projects she does currently like WandaVision.

On a YouTube video from WKYC with an episode of the show, one viewer remarked on what brought them to the video:

“Agatha come [sic] a long way. LOL In all seriousness, looking up stuff with Kathryn Hahn since I’ve been watching her in Wandavision and it’s interesting to see what she’s done throughout her career.”

Of course, Hahn has had plenty of other big roles before WandaVision – and at least one role she didn’t get.

Hahn also talked to O’Brien about her breakout role in the romantic comedy How to Lose a Guy in 10 Days, starring alongside Kate Hudson and Matthew McConaughey. According to IMDB, Hahn played the role of Michelle in the film. That clearly wouldn’t be the last part she’d get. The next summer, she’d follow up with a small but hilarious role in Anchorman: The Legend of Ron Burgundy.

One role that could’ve changed Hahn’s career in a major way was in a sitcom. She actually auditioned to be Pam Beesly on the classic NBC sitcom The Office. While she missed out on that part, there were plenty more headed her way.

When Kathryn Hahn was a struggling young actor, she had to do whatever she could to make it in the industry. One of the funnier ways she got by was buying (and returning) a suit for an audition -then returning it.

Hahn wasn’t exactly making bank before she got her big break, but she still wanted to look impressive when she auditioned. Looking good means having a professional wardrobe. To get that, she cut some corners.

In the interview with O’Brien, Hahn said that she had a creative strategy for looking her best for auditions at NBC’s studios at 30 Rockefeller Center:

“I would get an audition at 30 Rock; I would take the Metro down to 30 Rock, go to Banana Republic, buy a suit, change in the bathroom at 30 Rock, go up, audition at NBC, go down, return the suit, get back on the train, and go up back to school. Like many, many, many times.”

O’Brien pressed her on this, flummoxed by her moxie. “Didn’t they catch on to you at some point? You’re buying suits!” said the host.

Hahn replied, “It was a two-floor Banana Republic so it kind of worked in my favor. I can work the different cashiers.”

Essentially, Hahn was playing the different Banana Republic employees against each other in the hopes they wouldn’t recognize her. It may not have helped her get roles directly, but her overall persistence in her career paid off. Now she can afford any outfit she likes, and she likely won’t have to audition for the many more roles she can expect in the future.