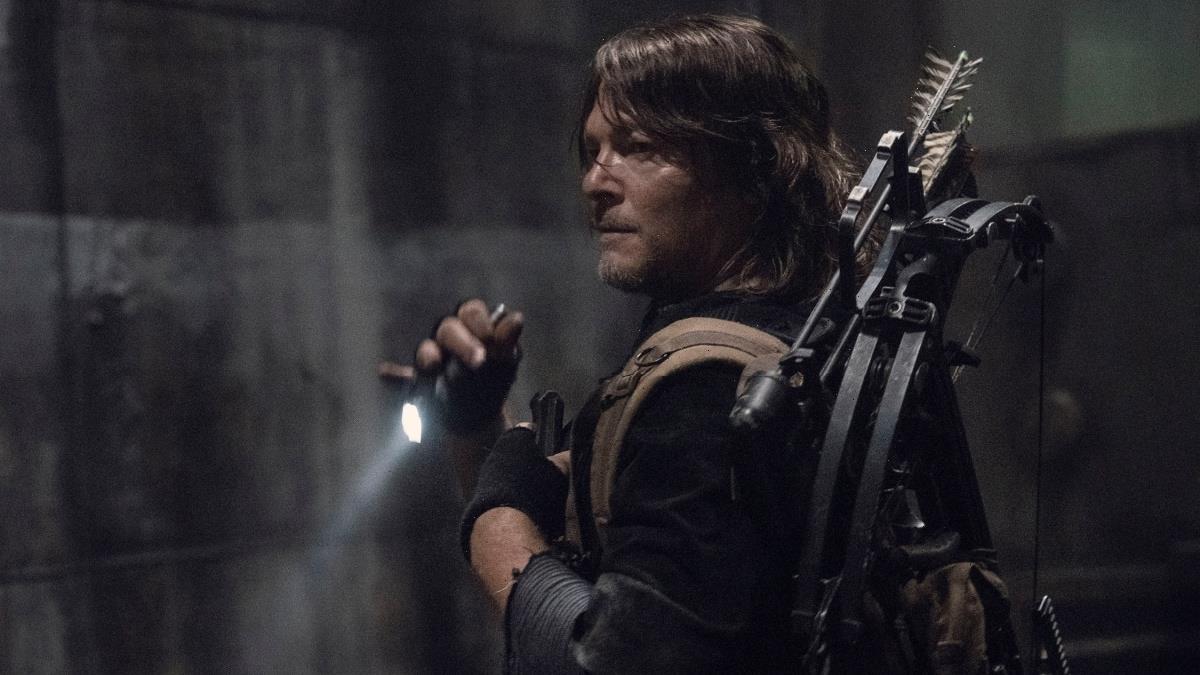 It’s been quite a run, but the beginning of the end of “The Walking Dead” is now approaching. There’s just one more super-sized season left, and its premiere is just a month away on August 22. And now we’ve got a trailer for you.

You can watch the trailer above.

The trailer is largely your standard sequence of quick scenes without context, but perhaps the most interesting part is about 75 seconds in when we get more Reaper goodness. For those who don’t remember, the Reapers were a new faction we met in the Season 10 bonus episodes we got earlier this year. They’re a vicious group who slaughtered most of the people Maggie had been traveling with when she made her return.

The trailer shows us that these murderers take their name very seriously, because we get a brief look at a fight scene in which one of them is wearing a Grim Reaper outfit, complete with blood soaked sickle and skull mask. They look like they’re going to be a lot of fun.

While the Reapers get most of the attention, the trailer certainly doesn’t ignore the Commonwealth. We get a brief glimpse at a guy wearing an orange version of their crazy stormtrooper armor, and another of Yumiko (Eleanor Matsuura) sporting a set of the white armor.

But the best part is at the end, when we get a little bit of a look at a Commonwealth welcome video that looks like it’s being played on a VHS tape. The video is hosted by one Lance Hornsby, looking very mayorly.This character is from the comics, but he’s definitely gotten a promotion in the adaptation if he’s leading the place now.

Season 11 will have 24 episodes, and they’ll come in eight-episode chunks as usual. Only the first eight episodes will air in 2021 — the rest will come over the course of 2022.

In a break from how the network did things last season — when it would debut each new episode after the premiere on AMC+ the Thursday before it aired on AMC proper — each episode in Season 11 of “The Walking Dead” will be on AMC+ a full week ahead of cable.

Yes, that means that Season 11 will premiere on August 15 for subscribers to the streaming service.