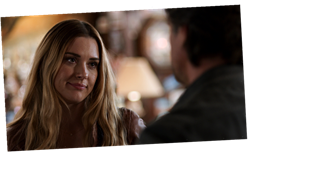 Netflix’s Virgin River is coming back.

The streaming service has officially renewed the drama series for a third season, which will consist of 10 episodes, it announced Friday.

Filming is currently underway. No premiere date has been set.

There will be several new faces coming to Virgin River in season 3: series regular Zibby Allen, who will play Jack’s sister Brie, a lawyer who is “smart, hard-charging, ballsy and a whole lot of fun,” and Stacey Farber, who will play Tara Anderson, Lilly’s daughter, who will be introduced in season 3 as “she is helping with baby Chloe while her three other siblings are living away from home.”

ET’s Katie Krause exclusively spoke with Breckenridge and Henderson about the upcoming third season, which would follow the cliffhanger of Henderson’s Jack getting shot by an unknown perpetrator.

“I was in shock. I was genuinely like, ‘Wait, what?’ Cause we had only aired season 1 and then we shot season 2 and said we got picked up for season 3 and I was like, ‘Wait, what happened?’ It was just not normal. The show must be doing very well!” Breckenridge said.

“It was unusual to get a call about the third season of the show. I guess based off the performance of season 1, definitely indicated people were flocking to the show and we frankly also fortunate the show launched just prior to COVID, then the lockdowns so I think the show found an audience. Millions of people over the world stuck inside and looking for things to entertain them and into us. Ironically that out of that, our show found a larger audience internationally as well,” Henderson said. “I think that has struck a cord, particularly with the fact that there’s so much heaviness out there in the world the show tends to offer comfort in a way that people seem to really appreciate and that feels great we’re able to provide a form of entertainment that’s nourishing and healing at a time where there’s just so much division and uncertainty.”

With many shows choosing to incorporate the pandemic into the fabric of its DNA, don’t count on Virgin River to do the same.

“Not a lot of people are going to wanna watch a show about COVID having just gone through it, having COVID fatigue,” Breckenridge said. “In Virgin River, you want to escape your world and that’s what’s beautiful about the show [and] this beautiful small town.” Added Henderson, “It’s a fantasy.”

When season 3 picks up, there will be a bit of a time jump, Breckenridge and Henderson confirmed.

“We jump ahead to get into the meat and potatoes of all these other characters,” Henderson said. “And what I think is cool is this season opens up all the other storylines of the other relationships and new relationships are formed. Jack and Mel are still there dealing with love and unrequited love, and their obstacles but you see a lot of these other characters as well and jumps ahead where everyone’s in their own private dilemmas.” Added Breckenridge, “It becomes more of ensemble I think.”