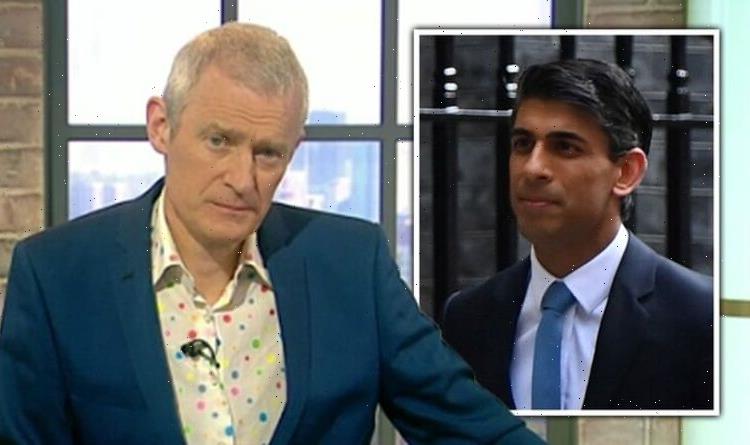 Jeremy Vine was joined by broadcasters Lowri Turner and Henry Bonsu on Tuesday’s instalment of his Channel 5 show. The panellists were discussing the fate of Rishi Sunak and whether he should remain Chancellor of the Exchequer after his wife Akshata Murthy’s tax affairs emerged. However, one caller defended Sunak claiming he isn’t the only MP who should be scrutinised.

Vine asked his viewers whether they thought Sunak was “too rich” to be the Chancellor.

Maria from London vented: “We shouldn’t have a public hanging and make it personal.

“I’m not a ring-wing person, my son did an apprentice scheme he’s team Rishi he’s like, ‘They guy’s brilliant, I love him.’

“We’re taking a pebble and there’s a lot of bad stuff crawling underneath it and that’s the Tory Government, they’ve got to change the system.

“I think we should leave him alone, I think he’s a clever man but whether his position is sustainable, I don’t know.

“But I do think we should stop focussing on one individual and his family.”

Vine interjected: “Hang on, when a guy is worth £600million do you think he understands the pain he causes when he increases National Insurance by 1.25 pence in the pound.”

“No, I don’t,” Maria replied. “He’s uncomfortably rich but there are so many other people that are like him you would have to get rid of half the cabinet if you were going to get rid of him.”