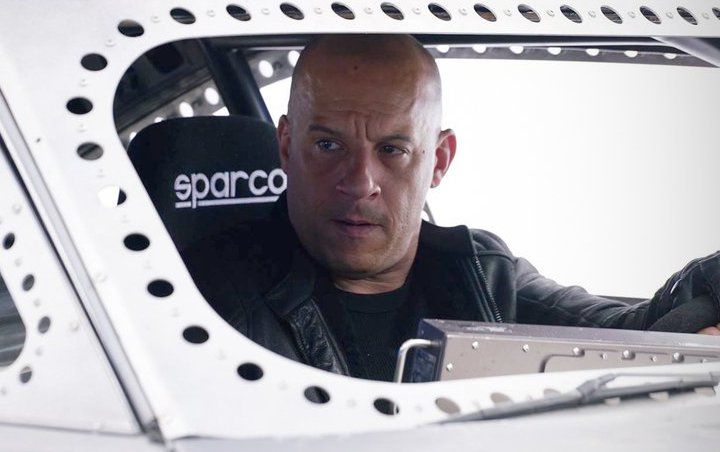 Joe Watts was reportedly performing a stunt in place of the film franchise’s star when he fell 30ft at the Warner Bros Studios in Leavesden, Hertfordshire, seriously injuring his head.

AceShowbiz –Vin Diesel was left “choking back tears” after witnessing his stunt double tragically fall on the set of “Fast and Furious 9” on Monday, July 22.

According to Daily Mail Online, stuntman Joe Watts was hospitalised after suffering a serious head injury in a 30ft fall at the Warner Bros Studios in Leavesden, Hertfordshire on Monday afternoon. The British stuntman has worked on movies and TV shows including “Game of Thrones“, “Kingsman: The Golden Circle“, and “Spider-Man: Far From Home“.

Diesel reportedly witnessed Watts fall on his head as he performed a stunt in the movie star’s place.

“The stuntman fell at least 30ft – maybe a bit more,” a source told British newspaper The Sun. “Vin Diesel was seen on set seconds after. He looked ashen, totally in shock and blinking back tears. He saw what happened.”

Filming was halted immediately and cast and crew sent home “fearing the worst” the source added. Warner Bros Studios confirmed a man had been airlifted to Royal London Hospital on Monday.

The fall reportedly occurred just before noon on set, and Hertfordshire Police added in a statement: “Police were called shortly before noon today following an incident at Warner Bros Studios in Leavesden, Hertfordshire.”

“It was reported that a man had been injured while working at the location and sustained serious injuries. The air ambulance attended and police officers are currently on scene to assist and carry out initial enquiries.”