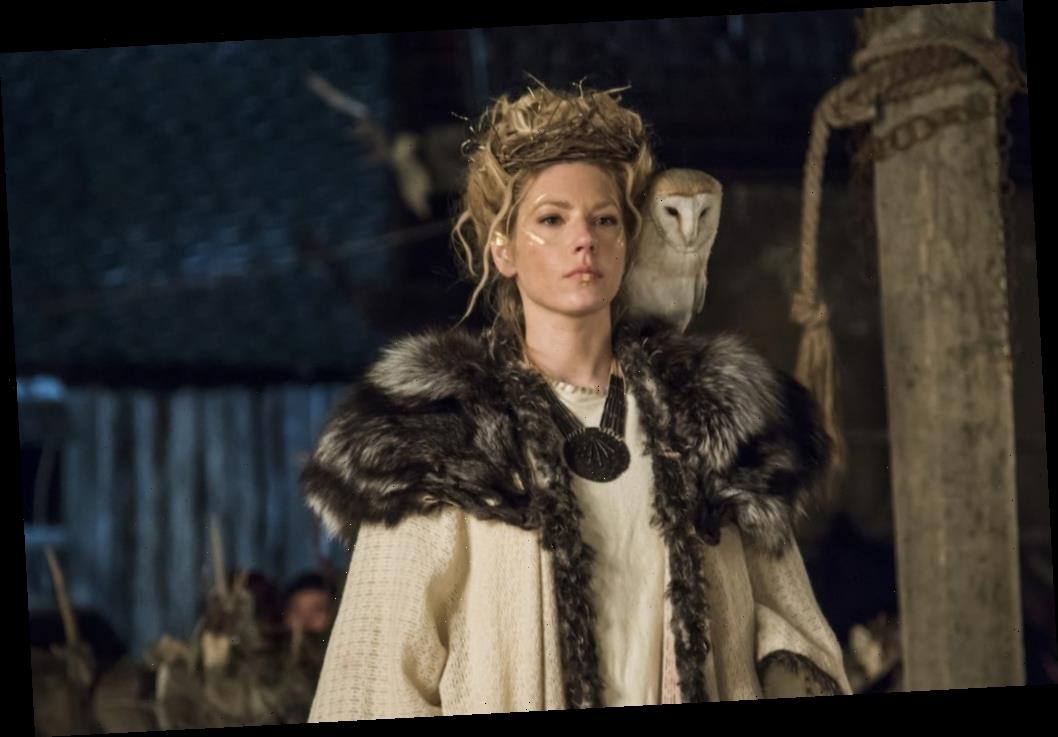 In the series Vikings, the fierce shield-maiden Lagertha (Katheryn Winnick) goes through a lot in her life. She’s a happily married woman and a confidant to her husband, Ragnar Lothbrok (Travis Fimmel) for many years before everything changes in an instant. Despite this setback, she manages to start again. Years later, she helps Ragnar even though she has no reason to.

How Lagertha’s world comes crashing down

In season 1, Ragnar becomes the Earl of Kattegat. Lagertha and her children also rise in their station along with him. But he soon battles temptations that he gives into. Lagertha has a miscarriage, and Ragnar eventually cheats on her with Aslaug (Alyssa Sutherland), who gets pregnant. When she comes calling, Lagertha is ashamed when Ragnar suggests that they both become his wives. But she isn’t having it, and Lagertha divorces Ragnar after he says he won’t turn Aslaug away and that she must accept her. Bjorn, Lagertha and Ragnar’s remaining child, chooses to go with his mother, and they start a new life somewhere else.

Ragnar finds himself at odds with Jarl Borg

Ragnar establishes himself as a capable earl, and he deals with some drama between King Horik (Donal Logue) and Jarl Borg (Thorbjørn Harr) over land rights. He is even sent by Horik to discuss the situation with Jarl Borg in Götaland. But Borg gets Ragnar’s brother (Clive Standen) to join his side, and in the season 2 premiere, Rollo and Borg’s forces go head-to-head with Horik and Ragnar’s. After fighting, Ragnar helps convince both men to make peace because there’s land to be raided in the west. Horik agrees to give Borg some profits from the disputed lands, and they make a pact to raid west together.

But when the time comes for the raid to take place, Horik refuses to allow Borg to be a part of it, and he makes Ragnar be the messenger of the bad news. This angers Borg, and he takes it out on Ragnar when he’s away raiding with Horik. Borg takes Kattegat for himself, forcing Ragnar’s family to flee for their lives with the assistance of Rollo who has since been allowed to live despite his betrayal.

How Lagertha helped Ragnar even when she had no reason to

When Ragnar learns about his family’s plight, he returns with his warriors to fight. But they don’t have enough people to assist them. However, that’s where Lagertha comes in. At her son’s insistence, she tries to convince her abusive husband, Earl Sigvard (Morten Suurballe) of Hedeby to assist Ragnar in his fight, but he doesn’t agree to help.

Lagertha takes matters into her own hands, and she supplies Ragnar with much-needed warriors despite his betrayal of her years previously. She really has no reason to help Ragnar considering his betrayal of her by cheating on her and humiliating her, but she does, and it’s the saving grace for Ragnar to get his home back. He even gets to see Bjorn again, whom he hasn’t laid eyes on in years.

Ragnar and Bjorn burn the grain stores in Kattegat to lure Borg out into the open. Then there’s a fight between both sides, and Ragnar and Lagertha’s warriors win the day when Borg and his forces retreat. Ragnar gets Kattegat back, but he’ll kill Borg by what’s known as a blood eagle sometime later.

Lagertha helps Ragnar get his home back, and he wouldn’t have been able to do it without her. She had no reason to help him, but she did anyways despite his betrayal.