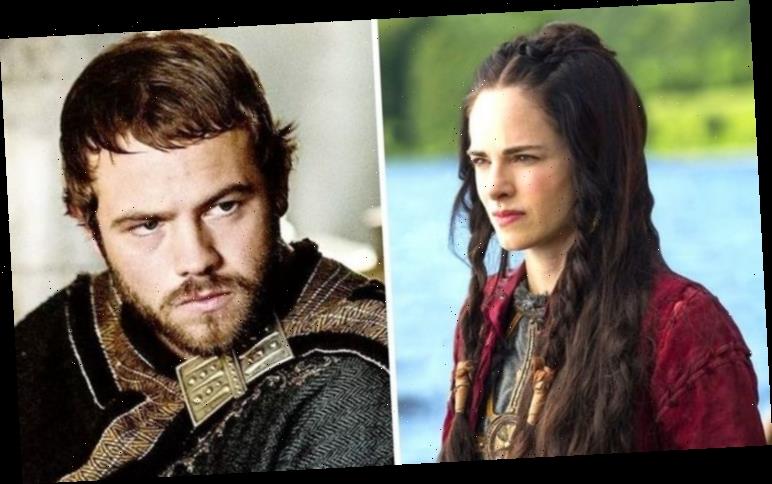 Amy Bailey recently took to her Instagram page with her former co-star Moe Dunford to confirm the Vikings alums will be reuniting in a new film, Knuckledust. The unrestrained action movie will be available to rent from next month, ahead of the fantasy series’ anticipated return to Amazon Prime Video at the start of 2021.

Upcoming video on demand film Knuckledust will be a Vikings reunion for former collaborators Moe Dunford and Amy Bailey.

The two stars previously portrait Aethelwulf and Kwenthrith respectively on the History Channel series, most prominently as series regulars in the fourth season.

Following his illicit affair with the Queen of Mercia, Aethelwulf sired a son with Kwenthrith before his lover was stabbed to death by Judith (Jennie Jacques).

Meanwhile, Aethelwulf managed to live on to return in season five, but tragically suffered an ironic death by succumbing to an allergic reaction to a bee sting. 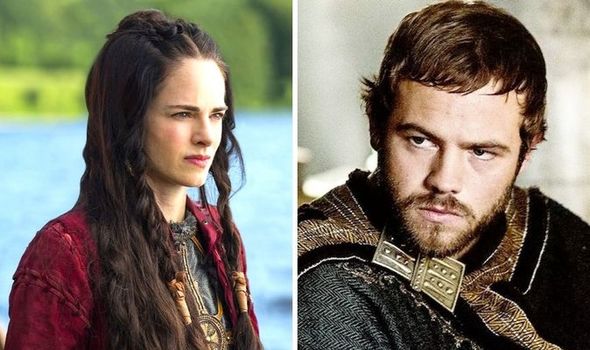 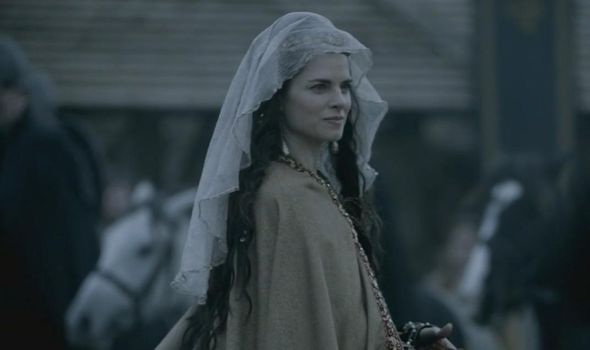 After engaging in some steamy encounters in Vikings, the two co-stars will finally be together on screen again in the new film arriving on VOD next month.

The Vikings breakout posted a short clip of herself joking around with the film’s lead Moe Dunford, exclaiming ‘Aethelwulf, what are you doing here?!’

She captioned the post: “As an actor I feel lucky to meet and work with lots of very talented and groovy people.” 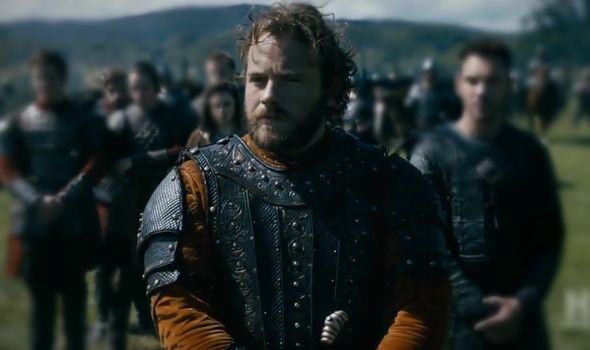 “It’s extra special when a cast mate becomes a good friend, and even MORE extra special-er when you get a chance to work with those friends again.”

Bailey’s excited Instagram followers took to the comments in anticipation of their Vikings reunion.

One fan replied: “Can’t wait to see it! You guys were amazing on Vikings, so I know this will good.”

While another added: “Wow! Congrats to your both! Your friendship was so great to see on Vikings: Your scenes together were some of the best.”

Director James Kermak got his start behind the camera with various short films and the independent thriller Hi-Lo Joe.

As an actor, he has also had supporting roles in a number of TV projects, most recently in HBO’s sensational miniseries, Chernobyl.

Dunford’s character finds himself trapped in a brutal interrogation when a special task force break into the elite den to find several floors of bloodshed, with Hard Eight the only man left standing.

The former Vikings actor’s co-star Amy Bailey will portray a character named Chrissy, whose role in the picture is currently unknown.

A trailer has been released on YouTube, promising seven levels of mayhem, gore and unhinged assassins, fighters and goons.

Knuckledust’s premise and stylistic set pieces have already received favourable comparisons to martial arts films like The Raid, as well as cult favourites such as Oldboy and Dredd.

Vikings season 6 will return in 2021 on History and Amazon Prime Video. Knuckledust will be available to stream in the US on December 8, and December 11 in the UK.