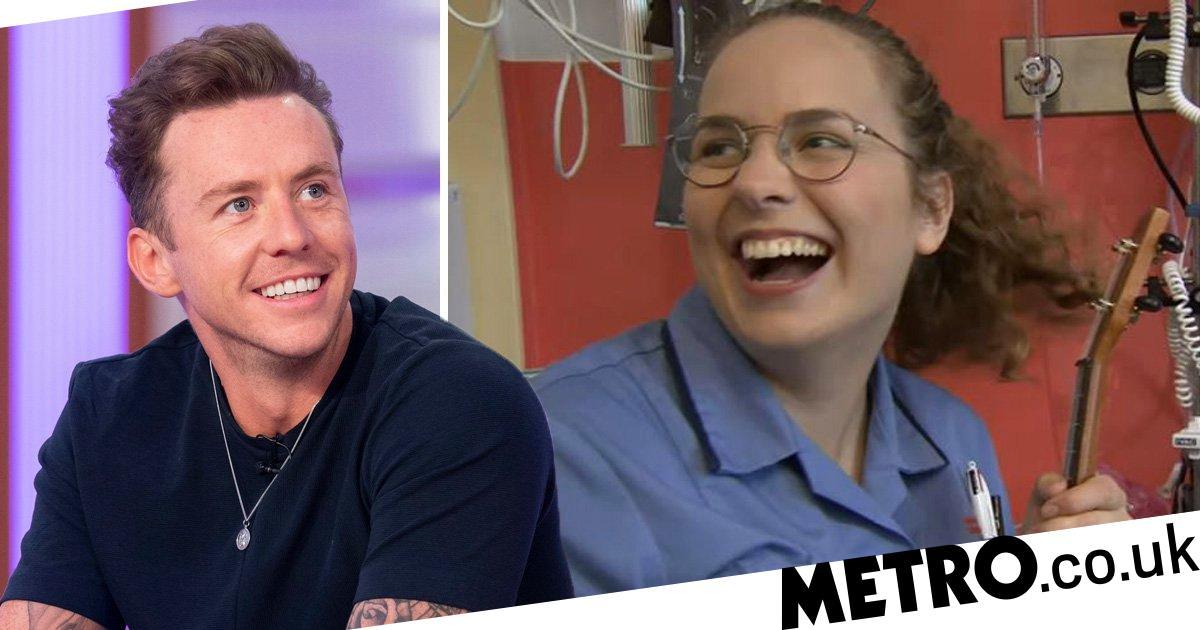 We were all kinds of emotional wrecks on Tuesday morning, after nurse Beth Porch from Great Ormond Street hospital was surprised by musical hero Danny Jones.

The McFly artist appeared on Good Morning Britain as the nurse performed their hit It’s All About You on the show this morning, after she went viral performing it for one of her sick patients this week.

She was dubbed as having ‘the voice of an angel’ when she was filmed singing and playing a ukulele for three-year-old Artie Vickerage, who is being treated for an aggressive form of cancer.

The young kid was diagnosed with Burkitts lymphoma, and has been bedridden for three weeks and not able to leave his room for seven.

Appearing on the ITV show today, Beth spoke about her work and the joy music can bring patients.

After picking up a ukulele, she ‘does the rounds’ of the ward, adding when ‘it’s a slower day’ she can sing for those who are sick.

Gemma, Artie’s mother, added of Beth’s song: ‘He’s been stuck in a room for seven weeks so it can be really boring for him.

After taping Beth singing for her son Gemma decided to share it with the world, with Beth saying the reaction has been surreal.

‘I think it was when Tom Fletcher himself retweeted and shared it…the fact he’s heard me sing is insane,’ Beth said.

She added: ‘It’s just so bizarre it’s hard to keep track of who’s seen it.’

She looked into the effect of live music as she said today: ‘Kids are mesmerised and having that person in the room with them…it’s great for their development.’

As she then began singing It’s All About You for viewers, she was surprised by Danny who appeared on set and began singing along in the chorus.

Beth hardly missed a beat, saying afterwards: ‘What was I meant to do? I was going to harmonise at some point…’

Speaking about the effect the song had, Danny noted: ‘This was a valentine’s present from Tom to his wife. He’s over the moon to see how people sing it and where’s it’s gone.

‘Those moments for me, having a kid myself, just to sing to Cooper is such a special thing.’

Beth added: ‘Music speaks to your soul, when families are going through a difficult time in their life.’

However there was a caveat when it came to Beth performing that song again, as Danny said: ‘Don’t ever sing that song without me again.’

He was joking, of course, adding he wanted to make sure he was there next time to sing it with her.

Viewers were understandably beside themselves in emotion as many took to Twitter to share the fact they were watching their TV now with tears streaming down their faces.

‘[In] tears this morning,’ one wrote. ‘Beth you are amazing, no wonder you are a nurse and what a beautiful person taking care of our children.

‘The world needs more people like YOU. Sending love to the young boy.’

Another added: ‘I am so emotional. What a lovely thing to do. Your singing is lovely, it brought tears to my eyes.

‘The children are lucky to have such a great nurse.’