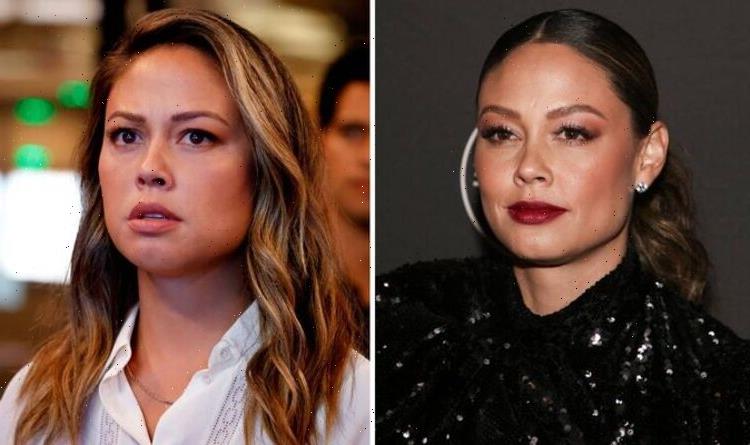 Vanessa Lachey was announced as the NCIS franchise’s first-ever female lead in the latest spin-off NCIS Hawaii. Taking on the role of Agent Jane Tennant, the star shows another side of the CBS police procedurals as she juggles leading NCIS Pearl with family life. Prior to joining the NCIS universe, Lachey already had a number of achievements under her belt.

When she was just 18, Vanessa Lachey won the 1998 Miss Teen USA competition and soon after, she got her first television role in the daytime soap opera The Bold and the Beautiful where she portrayed Amanda Wexler.

Since then, she has appeared in Dances with Malcolm, The Break, Dads, Call Me Kat, 90210 and Truth Be Told.

For many though, Lachey is probably best known for working as a New York-based correspondent for Entertainment Tonight and presenting MTV’s Total Request Live.

NCIS Hawaii is the latest project to add to the actress’ thriving career.

She is younger than her other half Nick who is 48-years-old and together, they have three young children.

In 2021, Lachey posted a picture on Instagram of her kids Camden, eight, Brooklyn, six, and Phoenix, four.

Having moved to Hawaii for the NCIS series, she captured the morning before they all headed off to school with Hawaiian leis around their necks.

Her Instagram caption said: “And just like that… all three of my babies are in one school! #Ohana”.

In terms of her relationship with Nick, they met when she was 25-years-old and him seven years her senior, back in 2006.

This was when Vanessa was hosting Total Request Live and later that year after he split from singer Jessica Simpson, he cast her in his What’s Left of Me music video.

The couple didn’t go public with their relationship until December 2006 when they kissed on MTV’s New Year’s Eve show.

Nick got down on one knee and proposed to Vanessa in November 2019.

Eight months later and they were wedded on top of a cliff on Necker Island in the British Virgin Islands, in front of their close family and friends.

Over the past few years, the couple have also become known as the hosts of Netflix’s reality show Love is Blind.

They will be returning for the third series which has reportedly already been filmed.

The description reads: “When a ransomware attempt causes a dam to malfunction, Ernie and a team of hackers are tasked to find the culprit quickly, before all power and water is cut off on the island.

“Also, Lucy and Whistler work together, giving Whistler a chance to apologize to Lucy and mend their relationship.”