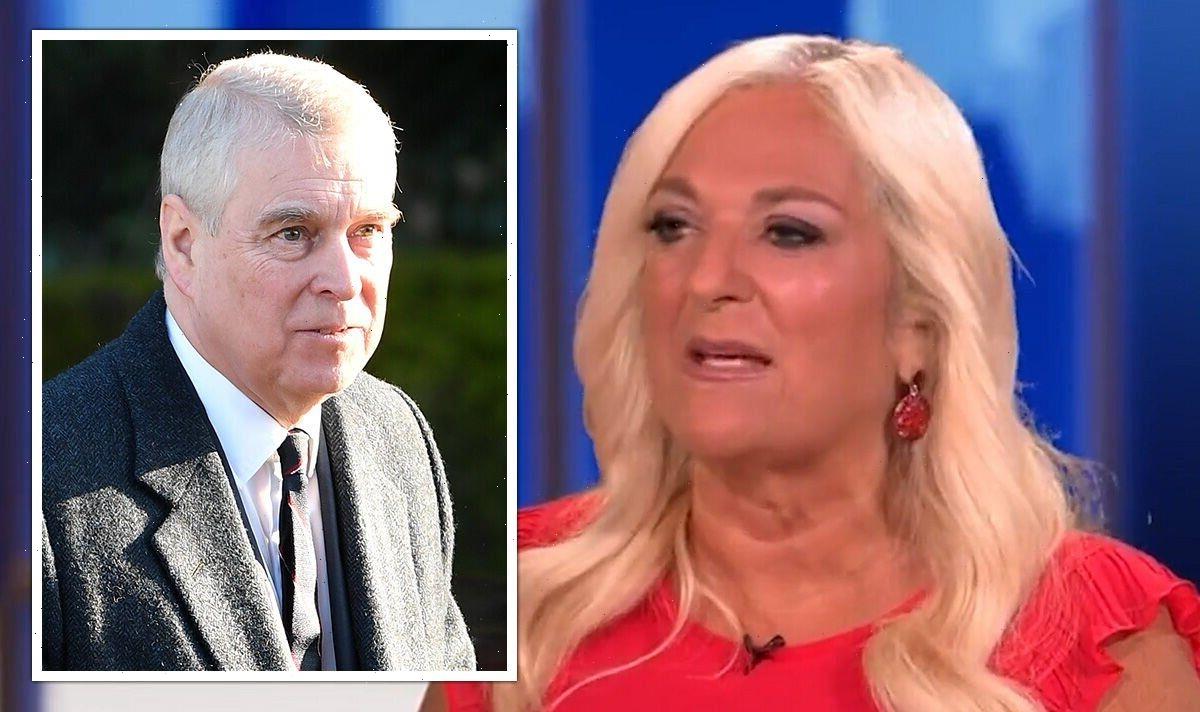 Taking over from Sharon Osbourne, Vanessa Feltz hosted the TalkTV chat show The Talk on Monday night, accompanied by journalist Mike Graham and Former MEP David Bull. Today it was claimed that Prince William is seeking that his uncle, Prince Andrew steps back completely from his role as a royal following his campaign to have his HRH title reinstated. The panel discussed the ongoing royal battle with Vanessa branding Prince Andrew “delusional.”

The Duke of York stepped down from royal duties after Queen Elizabeth II stripped him of his military titles and HRH status after his ongoing legal battle with Virginia Guiffrey.

Andrew has vehemently denied all sexual assault allegations against him and recently came to an out-of-court settlement with his accuser. The settlement is not an admission of guilt.

Taking a step up in duties within the Royal Family, Prince William is said to have spoken out against his uncle’s wishes and is insistent on keeping Andrew out of the spotlight.

Discussing the recent claims on The Talk, Mike began: “I think we all know what the code is here, don’t we.

“He just doesn’t want to see Prince Andrew doing too much or anything really, but Prince Andrew apparently keeps pushing to get brought back in.”

Taking aim at the royal, Vanessa fumed: “It is absolutely extraordinary and utterly delusional, really. He has only been barred for five months and thinks he can make a really terrific comeback and obviously feels there is an appetite in his appearance!”

Mike asked: “Why does he think anyone wants to fly a flag for his birthday?”

“I have no idea,” Vanessa continued. “Maybe because he was to the manor or the kingdom ball, and he’s never known anything but allegiance and loyalty.”

David interjected into their discussion and said: “Well, he is the Queen’s favourite son, allegedly, but I like William a lot.

“I think he has humility, and I think he understands how actually the rest of us think. I think he is really in touch, and I really like him.”

An insider has reportedly told the Daily Mail that Prince William has “strong views” on the Duke of York and believes that “his insistence in trying to cling on to a public role is highly dangerous for the institution”.

Another added that William “would have cut [Andrew] loose a long time ago if it had been up to him.

“He understands that when it comes to mother and son, the situation is complicated, but honestly, I think he just wishes he would vanish from public view.”

Prince William’s claims come after it was reported that Andrew was left furious about being barred from the Garter Day procession at Windsor Castle earlier this month.

Andrew was not seen in public during the ceremony after Prince Charles, and Prince Williams reportedly pressed the Queen into keeping Andrew behind the scenes.

Andrew had missed out on the Queen’s Platinum Jubilee due to testing positive for Covid-19.

Prince Andrews’s ex-wife Sarah Ferguson has recently campaigned for Andrew and branded him a “good and kind man.”

The comments came during an interview with LBC’s Iain Dale, where she expressed: “He’s a very good and kind man. He really understands the art of communication with me and trust.

“We really do communicate, compromised with compassion. I will stand by him. It’s an incredible friendship and not just co-parenting, it’s just real.”

The Talk airs weekdays from 9pm on TalkTV.