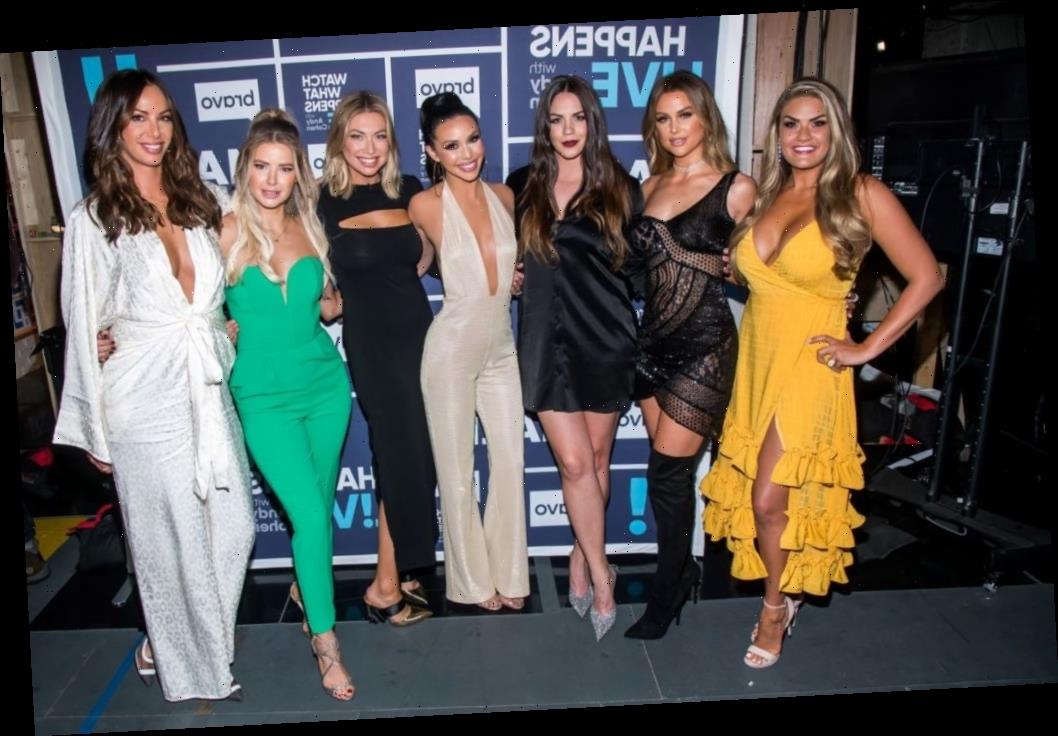 Lala Kent has feuded with her fair share of  Vanderpump Rules castmates. Now that several lead members of the cast have been let go, there are very few people left to carry the show. But despite that, Kent has completely cut off one of the only people left.

Last season of Vanderpump Rules, Kent and Scheana Shay seemed to be on good terms. But as any fan of the show knows, the relationships on Vanderpump Rules can flip at any moment.

This time, the feud started off-camera when Shay and her boyfriend Brock Davies weren’t invited to Kent’s gender reveal party.

Shay also revealed that after her miscarriage, Kent failed to support her and instead went out to dinner with celebrities.

Of course, Kent was not going to take Shay badmouthing her without telling her side of the story.

“Anybody wondering my thoughts on @scheana ‘dragging’ me,” she wrote in an Instagram story captured by HollywoodLife. “1. I’m not trippin too hard. In her mind that’s how it happened. She would rather focus on me ‘not being there for her’ than the fact her man said he was working, turned his phone off and went golfing that day. Weird how that was just glazed over. This is why her relationships are always a trainwreck that make epic TV. She makes reality TV gold.”

She went on to claim that Shay was the one who liked to use celebrities for clout and that she made everything about her.

“She has an idea of how everyone should react in certain situations,” she continued. “We usually always fail and she is left disappointed. This is why she has a new best friend every day. We can’t keep up.”

Kent finished by addressing the night that Shay says she ditched her for celebrities.

“When she told me she was really upset at Brock and just wanted to go to bed, I didn’t know that meant ‘Come over right now,” she wrote. “I can’t believe I just gave that much time to this s*it when we aren’t even filming and I’m not getting paid. Smh.”

Where do Lala Kent and Scheana Shay stand now?

Lala Kent recently appeared on the 12 Doorbells of Christmas episode of Watch What Happens Live with Andy Cohen and revealed that she and Shay hadn’t patched things up. When asked about her relationship with Shay, she said, “It’s pretty much nonexistent.”

Shay and Kent are two of the only remaining main cast members that may appear on next season, along with Katie Maloney-Schwartz, Tom Schwartz, Ariana Madix, and Tom Sandoval.