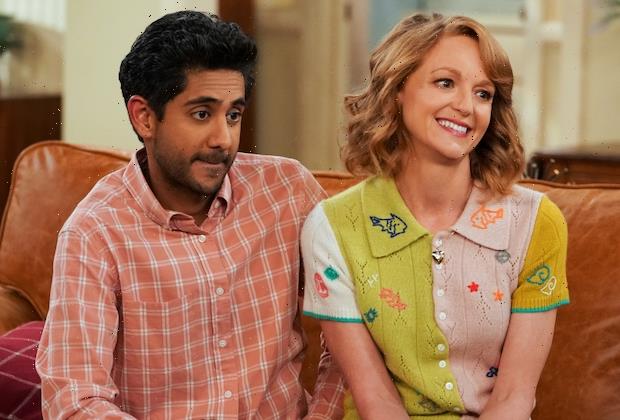 United States of Al had already wrapped production on Season 2 by the time CBS pulled the plug on May 11, so it came as little surprise that Thursday’s finale offered nary an ounce of closure.

Earlier in the day, series star Adhir Kalyan broke his silence regarding Al‘s “incredibly disappointing” cancellation — but before we dive into what he said, let’s recap the series’ swan song: 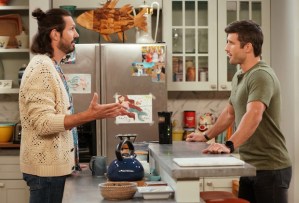 At the start of the episode, Riley came clean to Freddy about his relationship with Vanessa. Freddy had already connected the dots, but chalked the affair up to unfinished business between exes. Now that he and Vanessa were engaged, he urged Riley to move on, but Riley couldn’t leave well enough alone. He insisted that Vanessa still loved him and Freddy shouldn’t marry her. This, in turn, earned the Marine a broken nose. As for Vanessa, she finally sent in her divorce papers… and broke up with Freddy. She later explained to Riley that she’s in no place to be with anyone right now.

Al, meanwhile, was down to just one girlfriend — and not the one we were hoping for. Cindy began stalking Al and confronted him while he was out to lunch with Ariana. This raised a giant red flag for Ariana, who refused to date Al as long as Cindy was in the picture. Eventually, Cindy showed up at the house and immediately took issue with Lizzie and Al living under one roof. She convinced herself that Riley’s sister was interested in Al, despite Lizzie’s assurance that she sees Al as a brother.

In the end, Al and Riley decided to get out of town for awhile. We last see them en route to Las Vegas, unaware that crazy Cindy was close behind. The end. (Sigh.) 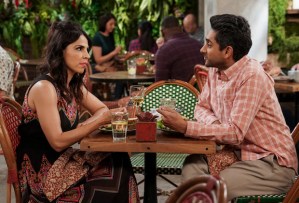 “When we received the news last week that we weren’t returning for another season, it perhaps goes without saying that it was incredibly disappointing,” Kalyan shared on Instagram. “But the past week has offered me the opportunity to reflect on what an extraordinary experience being a part of United States of Al has been.”

The actor thanked series creators Dave Goetsch and Maria Ferrari, executive producer Chuck Lorre, CBS and Warner Brothers for “the most rewarding and meaningful role of my career,” and signaled out the Afghan community — ” a beautiful people with a beautiful culture” — for their “kindness and support…. I want you to know that I tried my best to represent you by playing Al with integrity and respect,” he wrote. “Reflecting your culture with the utmost accuracy on screen was always of paramount importance to me.”

Kalyan’s statement also praised Afghan interpreters like Al, United States Marines like Riley and military families like the Dugans. “Thank you for your service, your bravery and your sacrifice,” he said. “As a nation so often divided, we would do well to learn from you and conduct ourselves with the pride and honor with which you do. I hope that you feel that we told the stories of your lives. If you did, then these 35 episodes have been a success.”

As previously reported, CBS will head into the 2022-23 broadcast season with just two Thursday-night sitcoms — Young Sheldon and Ghosts — having cancelled Al, fellow Lorre laffer B Positive and Pete Holmes’ How We Roll.

Will you miss United States of Al? Grade the finale via the following poll, then mourn the CBS sitcom in the comments below.