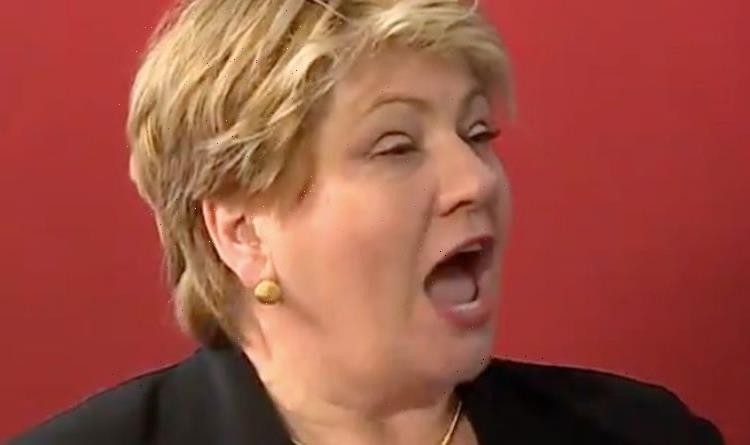 Labour MP Emily Thornberry has said that Angela Rayner does not need to retract the comments made about the Tory government while saying that she probably shouldn’t have used the word “scum”. It came after the Shadow Chancellor reportedly called Tory ministers “a bunch of scum” at a Labour conference event. She said she believed Boris Johnson was a “racist, homophobic misogynist”.

Speaking to BBC Politics, Emily Thornberry said: “Look, what she was doing at a fringe meeting where there may have been drinks partaken.

The host interjected: “You are saying that she was under the influence and that’s what made her say.”

Ms Thornberry interjected: “People just need to know the atmosphere was not a sort of sitting around the considered debate.

“It was a …. You know what these things are like.

“Well, so what she’s doing is she’s kind of going through all the comments that the Prime Minister has made that are misogynistic.”

The host said: “So you agree? She was right?”

Ms Thornberry continued: “I’m just saying yeah, you know, in the heat of all that. She calls them scum.

“Probably shouldn’t have said scum, but the rest of it, of course.

“There is evidence of it.”

The host said: “She’s not alone, of course using quite sort of flagrant language.

“You said about Donald Trump, ‘he’s a sexual predator, he’s a racist’.”

Ms Thornberry said: “I mean I won’t say it without evidence.

“But there was evidence of all of that, of course.”

The host asked: “Do you think she should retract the word ‘scum’?”

Ms Thornberry replied: “No, I think what we should do is in this conference-we should be talking about the ways in which we can change people’s lives.

“The way in which what a different government we could be.”

Ms Rayner says she will apologise for calling Boris Johnson “scum” when he retracts past comments she described as homophobic, racist and misogynistic.