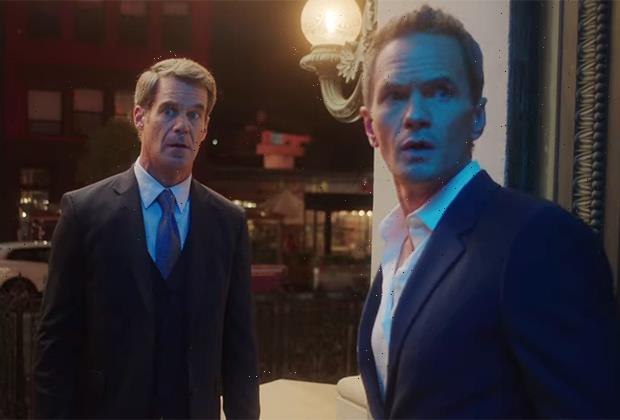 If you’ve seen the first episode of Netflix’s Uncoupled, you probably have a lot of feelings about Colin. (And if you haven’t seen the premiere, go stream it now before you get spoiled!)

Played by Tuc Watkins, Colin is presented to viewers as a necessary evil. He’s the seemingly heartless monster who dumps Michael (Neil Patrick Harris), his boyfriend of 17 years, mere seconds before entering what turns out to be his own surprise 50th birthday party. Judging by the lovingly orchestrated event, it’s obvious that Michael had no idea a split was on the horizon, making his celebratory toast to Colin all the more devastating.

“It’s a real challenge to reconcile the behavior of a man who leaves his partner after 17 years with no explanation,” Watkins tells TVLine. “What kind of guy does that? So I understand if people dislike him after that.”

But Uncoupled isn’t your average romantic comedy, and Colin and Michael’s story — even if it’s no longer a love story — is far from over.

“In most breakup comedies, the couple breaks up, the ex is a jerk and the hero goes on his journey and lives happily ever after,” Watkins says, adding, “This is a different show. Uncoupled is about an uncoupling and all that it entails. So we’ll also follow Colin, and we’ll see how that uncoupling affects the people in Michael’s world. And Colin does break up with Michael for a reason. He doesn’t give that reason right away, but there’s a reason, and it does come up later.”

“It’s great to watch that progression as you get to know Colin,” Brooks teases. “The more you get to know Michael, the more you think, ‘OK, maybe there’s some perspective from Colin’s side that we need to acknowledge and take in.’ That’s one of the beautiful parts of the show. It’s layered, it’s complex and it’s not what you expect — except for the fun parts.”

Adds executive producer Jeffrey Richman, “He’s a good person who’s done a terrible thing. I think by the end [of the season] you’ll come to know why Michael loved him and why the loss was so devastating.”

How are you feeling about Colin after Episode 1? Will you follow Michael back down the rabbit hole that is New York’s gay dating scene? Grade the Uncoupled premiere below, then drop a comment with your thoughts.