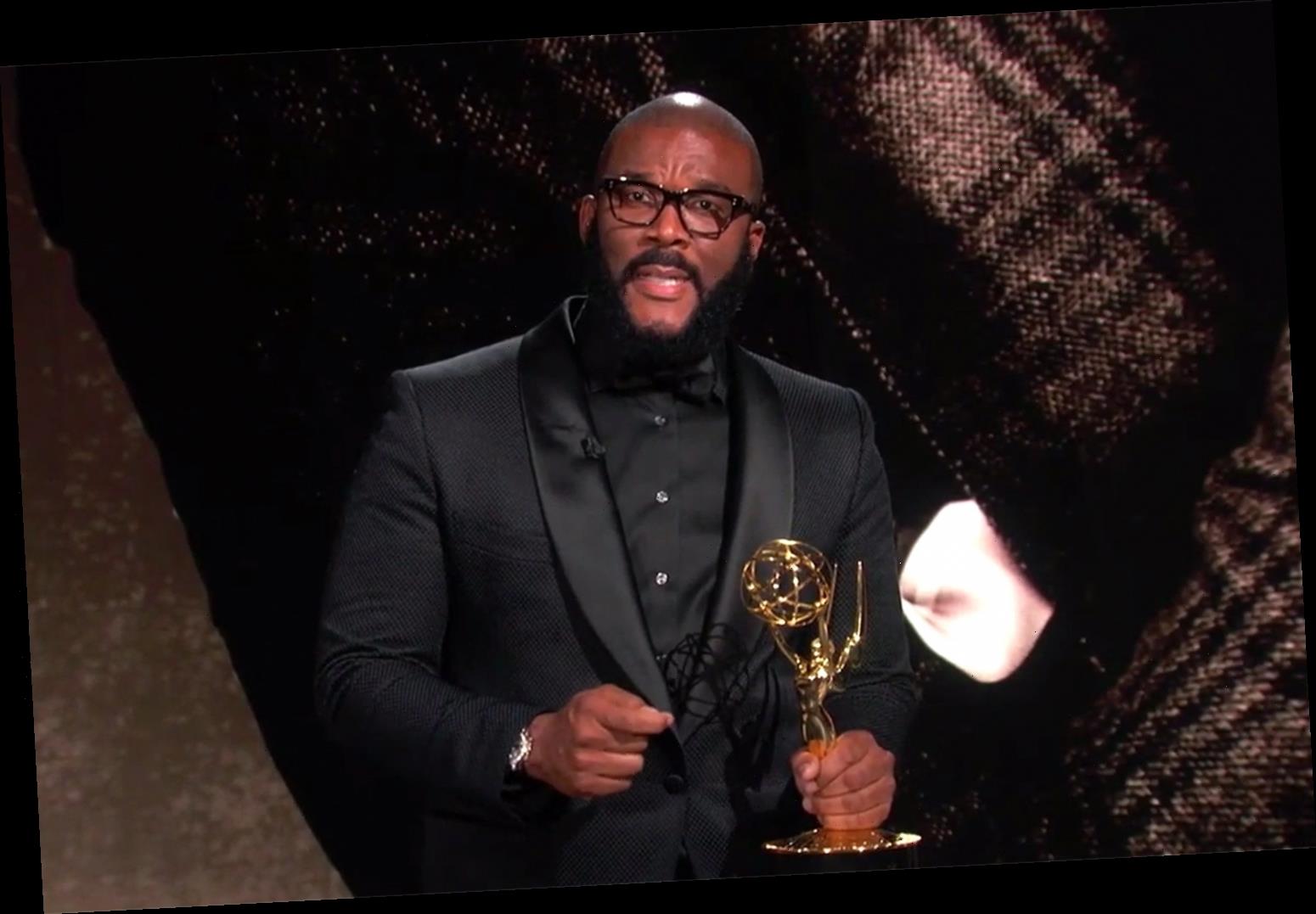 Tyler Perry was the deserved recipient of a special honor at the 2020 Emmy Awards.

During Sunday's virtual ceremony hosted by Jimmy Kimmel, the entertainment mogul was given this year's Governors Award. Perry, 51, was chosen by the Television Academy's Board of Governors for his achievements in television and his commitment to offering opportunities to marginalized communities through personal and the Perry Foundation programs of inclusion, engagement, employment and other philanthropic initiatives.

Oprah Winfrey and Chris Rock presented the award to Perry.

"This is amazing. I didn't expect to feel this way," he said, before launching into a personal anecdote of how a quilt made him realize how important it is to tell stories that represent one's background, heritage and history.

"When I was about 19 years old, I left home and my grandmother, she gave me a quilt that she had made," he said. "And this quilt was something I didn't really care for. It had all these different colors and these different patches in it. And I was quite embarrassed by it. I had no value in it at all."

But years later, Perry was walking by an antique store when a similar quilt caught his attention. He recalled how the salesperson told him the story of the quilt, which came from a freed slave woman.

"I became so embarrassed," he said. "Here I was, a person who prides myself on celebrating our heritage, our culture, and I didn't even recognize the value in my grandmother's quilt. I dismissed her work and her story because it didn't look like what I thought it should. Now, whether we know it or not, we are all sewing our own quilts with our thoughts, our behaviors, our experiences, and our memories."

"Because in my grandmother's quilt, there are no patches that represented Black people on television," he said. "But in my quilt, her grandson is being celebrated by the Television Academy. I thank you for this. God bless you." Perry launched his first sitcom, Tyler Perry's House of Payne, in 2007. With a total of 254 episodes, the show aired more episodes than any other series with a predominantly Black cast. He has since written, directed and produced over 1,200 episodes of TV, and his movies have cumulatively grossed over $1 billion at the North American box office.

Perry opened his first studio in Atlanta in 2008; the operations have since acquired over 330 acres of land. Recently, he has been breaking new ground with his "Camp Quarantine" model, which allows him to film new seasons of his BET and BET+ shows during the COVID-19 pandemic.

Perry is equally dedicated to his philanthropic efforts. Through his foundation, he has aided people and charities who help others overcome the obstacles that he, too, once faced and has been intimately involved in the support of civil rights causes. This year, he paid for private plane travel for George Floyd's family to attend his funerals and covered funeral expenses for Atlanta's Rayshard Brooks and Secoria Turner.

Throughout the pandemic, he has conceived several ways to help those in need, including teaming up with grocery stores in New Orleans and Atlanta to give out gift cards to the elderly.

The Governors Award, which debuted in 1978, honors an individual or organization in the television arts and sciences whose achievement is so exceptional and universal in nature that it goes beyond the scope of annual Emmy Awards recognition.