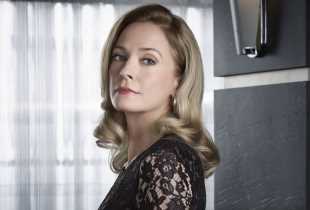 The CW’s Arrow is getting yet another blast from the past before its post-“Crisis on Infinite Earths” sign-off.

Series vet Susanna Thompson is set to reprise her role of Oliver and Thea’s mom Moira in the Tuesday, Oct. 15, premiere. Executive producer Marc Guggenheim confirmed the actress’ comeback during an interview with GreenArrowTV.com but did not divulge any further intel regarding her latest appearance.

Since Moira’s Season 2 demise, Thompson has returned to Arrow three times. In addition to an uncredited, voice-only role in Season 3’s “Canaries,” she resurfaced in the milestone 100th episode, then again in the Season 5 finale.

Arrow’s eighth and final season is slated to air Tuesdays at 9/8c, where it will now follow Season 6 of The Flash. (Watch our Comic-Con cast Q&A here.)

* Young Justice: Outsiders has been renewed for Season 4 at DC Universe. Producers Greg Weisman and Brandon Vietti announced the pickup of the fan-favorite animated series during their SDCC panel and added that new episodes are already in production.

* AMC’s NOS4A2 has been renewed for a 10-episode Season 2, it was announced Saturday night at San Diego Comic-Con. Its freshman run concludes on Sunday, July 28.

* Impractical Jokers has been picked up for a ninth season at truTV.

* YouTube has released a trailer for Impulse Season 2, due this fall (exact date TBA).

Which of today’s TVLine Items pique your interest?