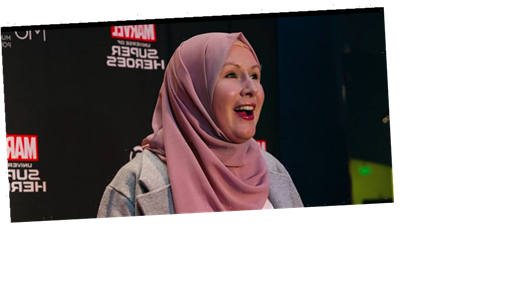 In today’s roundup, Disney Plus has released first footage of “Marvel’s 616” and Tiffany Boone was cast in Hulu’s “Nine Perfect Strangers.”

Tiffany Boone has been cast in the upcoming Hulu adaptation of “Nine Perfect Strangers“ as the character Delilah. Other cast members currently include Nicole Kidman, Melissa McCarthy, and Luke Evans. Boone recently starred in the Hulu series “Little Fires Everywhere” and Amazon’s “Hunters.” She is also known for her role in the Showtime drama “The Chi.” She is repped by ICM and Vault Entertainment.

HBO announced its limited series “The Third Day” will premiere Sept. 14. The show’s six episodes are divided into “Summer” and “Winter.” “Summer” follows Sam (Jude Law) who discovers a mysterious island off the British coast, and “Winter” tells the story of Helen (Naomie Harris) whose arrival on the island precipitates confusion. The first three episodes are written by Dennis Kelly and directed by Marc Munden, and the following three are written by Kit De Waal, Dean O’Loughlin and Kelly, and directed by Philippa Lowthorpe.

Netflix’s “Immigration Nation,” a six-part docuseries, will premiere Aug. 3. The series captures the daily workings of Immigration and Customs Enforcement agents, activists, lawmakers, attorneys and undocumented immigrants, both newcomers and longtime residents. “Immigration Nation” is directed and executive produced by Shaul Schwarz and Christina Clusiau. Watch the trailer below.

Fox announced that all-new seasons of “The Simpsons,” “Bless The Harts,” “Bob’s Burgers” and “Family Guy” will premiere Sept. 27 beginning at 8 p.m. “Duncanville” is set to return in the spring of 2021.

Disney Plus released two sneak peeks from its upcoming docuseries “Marvel’s 616.” The first is from the episode “Higher, Further, Faster,” directed by actor and director Gillian Jacobs, and focuses on the trailblazing women of Marvel Comics. The second omes from the Paul Scheer-directed episode “Lost and Found,” and follows the comedian’s journey of recreating the book’s forgotten characters. Watch both below.

Charles Watson is shifting his duties at Fox News to become an Atlanta-based correspondent. Previously, he was the network’s multimedia reporter. Watson built his career as a reporter in Jackson, Miss., but spent the past two years receiving training across Fox News Media’s broadcast, digital and radio platforms.

HBO Max has announced Chris Redd, Beth Stelling, Moses Storm and James Veitch will deliver hour-long specials produced by Team Coco. Conan O’Brien will also host two specials that feature multiple comedy acts within. Stelling and Veitch’s specials were produced before the pandemic-inspired production shutdown and will therefore be the first two released on the streamer this August.

Willie Nelson will be on “Jimmy Kimmel Live!” tonight with guest host George Lopez, while “The Tonight Show Starring Jimmy Fallon” will welcome Cameron Diaz, Mayor Keisha Lance Bottoms and Kygo featuring OneRepublic. Mary Trump and Kristen Bell will appear on “The Late Show With Stephen Colbert,” and Amy Sedaris and Nikki Glaspie will be on “Late Night With Seth Meyers.”