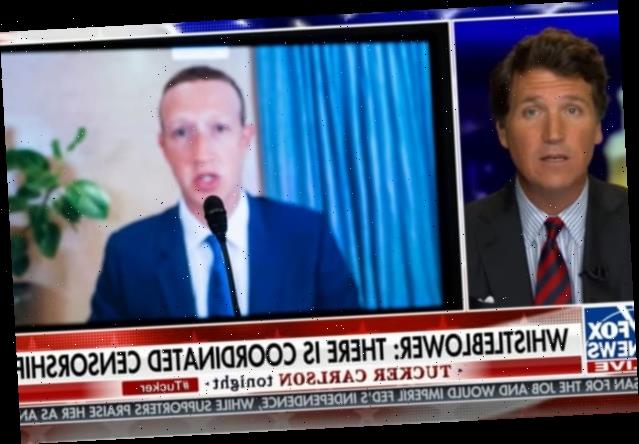 “They’re all in it together,” Tucker complained

On Tuesday night, Tucker Carlson joined in on Republican hysteria about an alleged Facebook tool called “Centra,” which Facebook supposedly uses to censor conservative views on the platform, even though the highest trafficking posts on Facebook tend to be conservative ones.

“Just hours ago a Facebook spokesperson admitted to Fox News that Centra is indeed real,” Tucker claimed. “And according to that spokesperson Centra is quote ‘used to centralize and aid investigations into complex subjects like coordinated inauthentic behavior’ end quote. Coordinated inauthentic behavior? Hard to pronounce, you may never have heard of it. It’s otherwise known as ‘astroturfing.’ That’s the process of creating fake grassroots political movements, sometimes by foreign governments.”

Tucker then made a huge leap in logic, connecting dots without any evidence.

“It’s something the left claims to be very concerned about. In other words, Centra is yet another long-term consequence of the Russia hoax. So Adam Schiff gets hysterical about Vladimir Putin and then Facebook gets to spy on you without your knowledge and then sell the data they gather. Perfect,” Tucker seethed. He did not, however, actually establish a connection between this Facebook thing and investigations into the 2016 Trump campaign’s demonstrable ties to the Russian government.

“But somehow Mark Zuckerberg, who runs the company, said he had no idea it was going on,” Tucker went on. “And Centra wasn’t the only secret internal data gathering tool that Zuckerberg claimed to be ignorant of. Senator Hawley also asked him about another internal Facebook program called Tasks.

“According to Senator Hawley’s whistleblowers, Tasks allows Facebook’s censorship teams to quote ‘communicate with their counterparts at Twitter and Google and then enter those companies’ suggestions for censorship onto the Tasks platform so that Facebook can then follow up with them and effectively coordinate their censorship efforts.’”

Got that? They’re all in it together. the tech companies amount to a censorship cartel.

A judge recently ruled that Tucker Carlson is not a credible source of news, and that “any reasonable viewer” would not think he’s telling the truth.