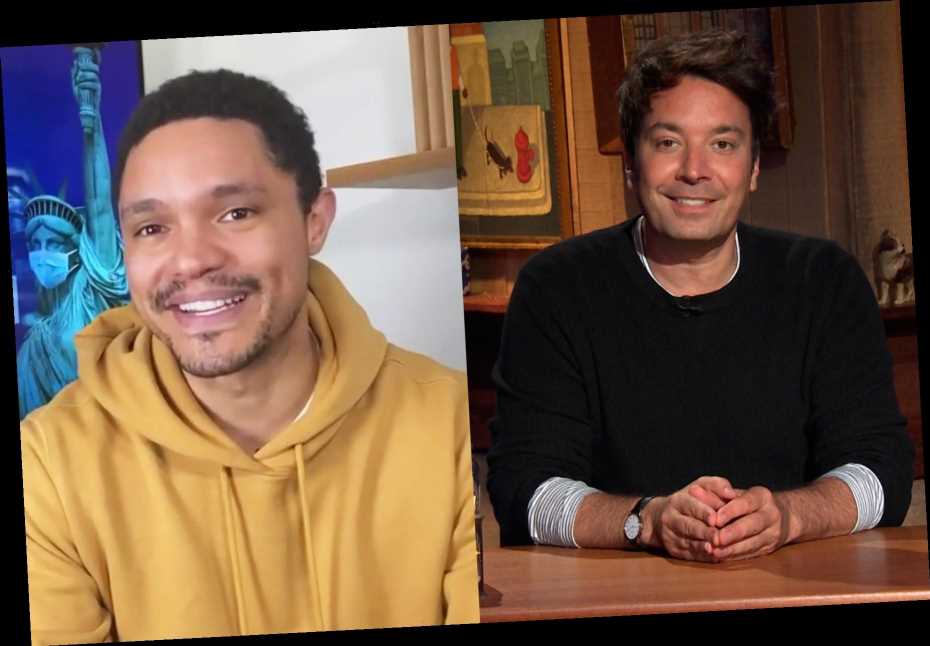 Unanue’s comments prompted some liberals to call for a boycott of the company’s products, while many conservatives were eager to get their hands on a can of beans. Among those: Ivanka Trump, who posted a photo of herself on Instagram holding up a can of Goya black beans, captioning it with the company’s literal slogan, “If it’s Goya, it has to be good,” in both English and Spanish. Not to be outdone by his daughter, Trump posted a photo of himself in the Oval Office with various Goya products spread out over the Resolute Desk.

The pictures do raise legitimate ethical concerns as White House employees are forbidden from endorsing products. Although as Noah joked The Daily Show, “There are still ethics laws? I mean I just assumed after Trump became president, the Office of Ethics Violations got converted into storage for all of his old KFC buckets.”

Noah went on to coin the obvious, although still apt, name for the scandal — “bean-ghazi” — and cracked of Trump’s photo with the spread of Goya products: “You gotta admit, this is pretty embarrassing. The dude doesn’t look like a president. He looks like a local athlete who retired 15 years ago and is desperate for money. Seriously, this shit looks like the end of The Shining if the movie was sponsored by bodegas.”

Over on The Tonight Show, Fallon pointed out a Trump tweet saying Goya was doing great, the boycott had failed and that “people are buying like crazy.”

“Americans are like, ‘We’re buying canned food like crazy because we’re living in the apocalypse!’” Fallon joked. The host then peeled off a series of one-liners about Trump’s wild Oval Office photo, cracking that the caption was “great meeting with my cabinet” and, “I think those are Trump’s four major food groups — bags, bottles, cans and boxes.”