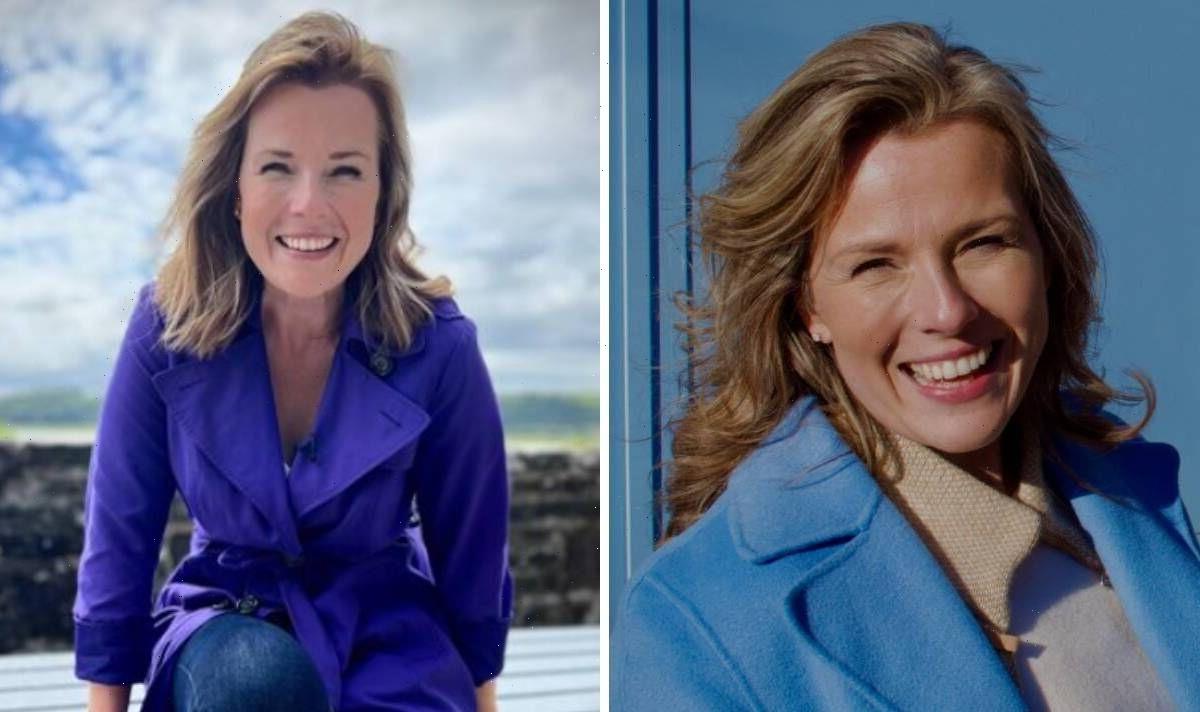 Lorraine: Will Kirk on his new show 'The Travelling Auctioneers'

Christina Trevanion and The Repair Shop star Will Kirk have teamed up for BBC’s The Travelling Auctioneers. Together, they find a family item in need of some TLC, hand it over to Will to make it as good as new and then to Christina to take to auction. It is then the hope that the pair will be able to make the owners a profit and use the money to treat their loved ones.

The Travelling Auctioneers made its debut on BBC One on Halloween, bringing some of the channel’s biggest stars together for the first time.

The Bargain Hunt and Antiques Road Trip expert told Express.co.uk she was “nervous” about trying something new but hoped fans would appreciate it.

Prior to the show coming out, she was asked about what her family thinks of the series.

But Christina joked that her two young daughters weren’t exactly interested in watching it.

She said: “No they don’t really like watching me on telly, they have enough of me at home.

“Children are the best levellers though aren’t they? They really say quite funny things.

“I’m just mummy at home, I’m mummy most places and, as I say, out in the stables or sorting out the guinea pigs.

Together, they set up an auction house business, Trevanion and Dean, which is located in Whitchurch, Shropshire.

Along with their two daughters, the family also lives in Shropshire but she took on even more responsibility in 2019.

Her husband took a step back from the firm and gave sole ownership of Trevanion and Dean to Christina.

She very rarely opens up about her home life, preferring to keep any personal details out of the spotlight.

Christina did once reveal though how her children can sometimes get in the way of her antique work.

She explained to Antique Collecting in 2016: “[I have] an eclectic mix of inherited family pieces and treasured sale room purchases, I have two small children and so my 18th-century teapot collection was packed away until they get a little older!”

In the upcoming episode of The Travelling Auctioneers, Christina and Will travel to Northamptonshire to visit Carol, sons Keith and Thomas and her French terrier Buster.

The episode description reads: “Carol recently lost her husband, John, who was an avid antiques collector.

“With his treasures displayed all over the house, Carol is finding it hard to cope with all the memories.

“The family have called in Christina and Will to help them sell the items they’re happy to part with.

“Carol plans to use the money made at auction to do up a spot in the garden in memory of her much-missed husband.”

The Travelling Auctioneers continues every weekday at 4.30pm on BBC One.