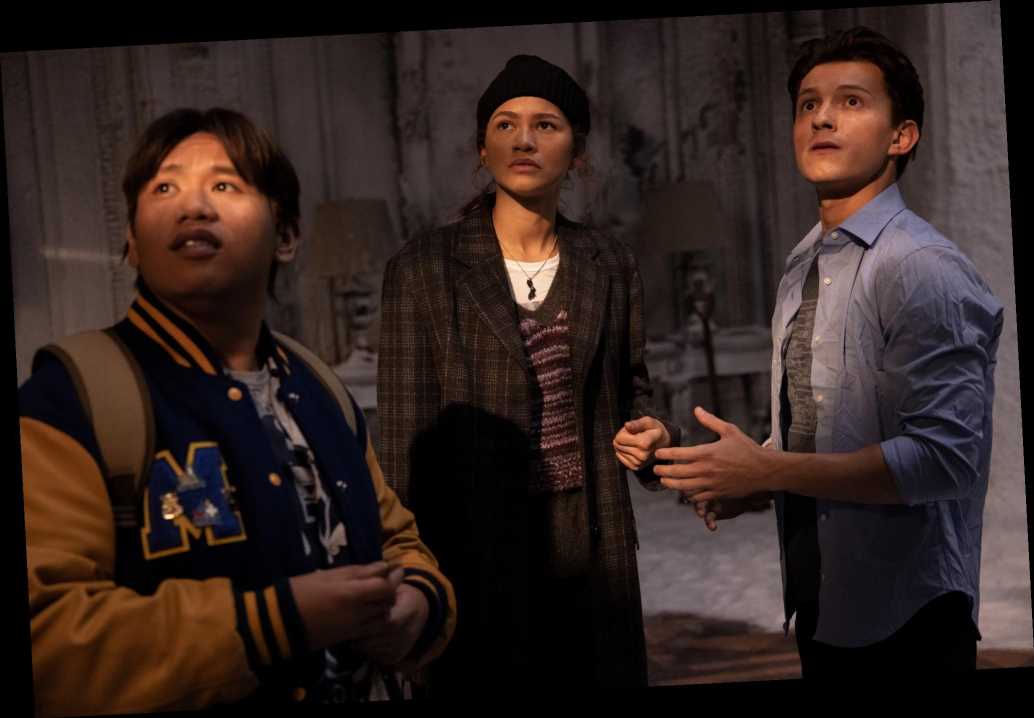 The next Spider-Man film finally has a (real) title and release date!

Spider-Man: No Way Home is set to debut in movie theaters this Christmas. The news was revealed via a funny video clip with the film's stars Tom Holland, Zendaya and Jacob Batalon.

On Tuesday night, the three actors shared new images of the upcoming Marvel film along with misleading titles for the movie, which Holland expressed comical frustration over in Zendaya and Batalon's Instagram comments.

In the video, the 24-year-old British actor is seen coming out of Spider-Man director Jon Watts' office, telling his costars Watts had given him yet another fake name after "Spider-Man: Home-Wrecker," "Spider-Man: Home Slice" and "Spider-Man: Phone Home."

"I just don't understand why he keeps doing this?" Holland said.

Batalon replied, "I feel like it's pretty obvious that you spoil things," to which Holland said, "I don't spoil things! Name me one thing I've actually spoiled."

Zendaya chimed in with, "The last movie title, I think."

As the trio walked away, the camera zoomed in on a whiteboard with the words, "Spider-Man: No Way Home." On Tuesday, all three actors shared new stills from the third film, with Holland writing on Instagram, "So excited to announce the new Spider-Man title. Can't wait for you lot to see what we have been up to. Love from Atlanta."

Earlier this month, Holland teased the latest entry into the Spider-Man franchise in an interview with Variety saying "it's the most ambitious standalone superhero movie ever made." "You sit down, read the script, and see what they're trying to do, and they're succeeding," Holland said. "It's really impressive. I've never seen a standalone superhero movie quite like it. And I'm just, you know, again, that lucky little s— who happens to be Spider-Man in it."

He continued, "We got a lot more shooting to do. We started before Christmas and shot for like seven weeks. We stopped for the Christmas break, and then we're starting again. I'm just as excited as everyone else to see it, let alone be a part of it."