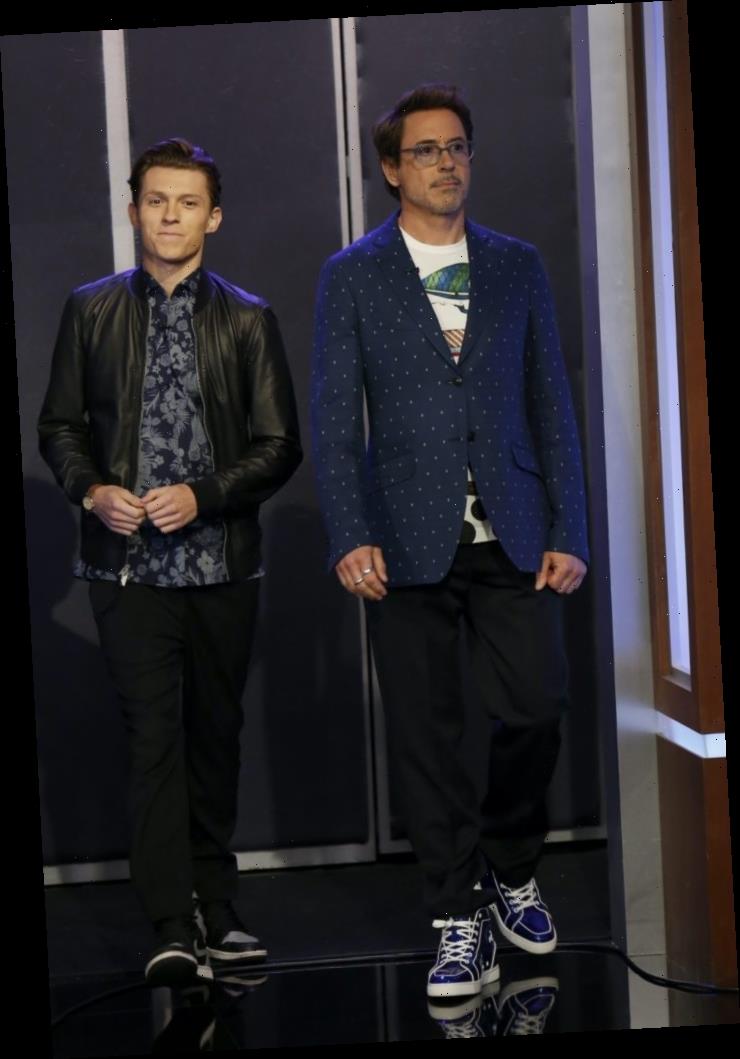 Throughout the Infinity Saga, Robert Downey Jr.’s Iron Man suit grew more and more technologically advanced — to the point that the nanotechnology allowed the innovator to create offensive weaponry that floated in mid-air beside his body. Similarly, Tom Holland’s Spider-Man suit grew more advanced as his journey in the Marvel Cinematic Universe progressed.

In Spider-Man: Homecoming, Peter Parker boasted a pretty simple suit — with the colors and the aesthetic reminiscent of the Spidey look that comic book fans are quite familiar with. However, by the end, the guy had arachnid-type metal legs jumping out of his suit to protect him from imminent doom. Talk about Stark technology, right? Yet, though both costumes, on-screen, seemed complex and completely wrapped around each individual, movie magic made up for some apparent behind-the-scenes differences.

While on an episode of The Graham Norton Show, Holland and Jake Gyllenhaal talked about their costumes; Holland revealed that he didn’t have it quite as easy as Downey did when it came to the super suit.

RELATED: The 4 Most Plausible Reasons Tom Holland Beat Out the Competition When Auditioning For Spider-Man in the MCU

Robert Downey Jr., until his recent MCU departure, was the face of the MCU franchise. And, those behind the films likely knew such from a very early stage. Thus, when the actor wanted a little bit more comfort, he got it. Holland explained:

In short, while Downey was able to give up the whole get-up his second time out the gate, Holland’s been struggling with an inability to go to the bathroom. He finally got a zipper in Spider-Man: Far From Home.

Tom Hanks reacts to Holland’s observation, joking about what experience in the biz gets you

After listening to Tom Holland’s story, Tom Hanks — who happened to be on the same episode of The Graham Norton Show  — decided to add a little bit of humorous commentary.

Hanks said, “Well, you earned it kid. I find that when you make enough movies, you get a zipper…at some point…but you gotta earn it.” As he’s explaining himself, Hanks brings an imaginary cigarette up to his lips and proceeds to flick the ashes it into an invisible ashtray.

Considering Hanks was the oldest guest on the show, alongside Gwyneth Paltrow, Holland, and Gyllenhaal, this joke landed perfectly. He has been in the biz the longest, and he knows the ins and outs of the industry (and how to reap some experience rewards). Yet, the humble Tom Hanks never takes himself too seriously.