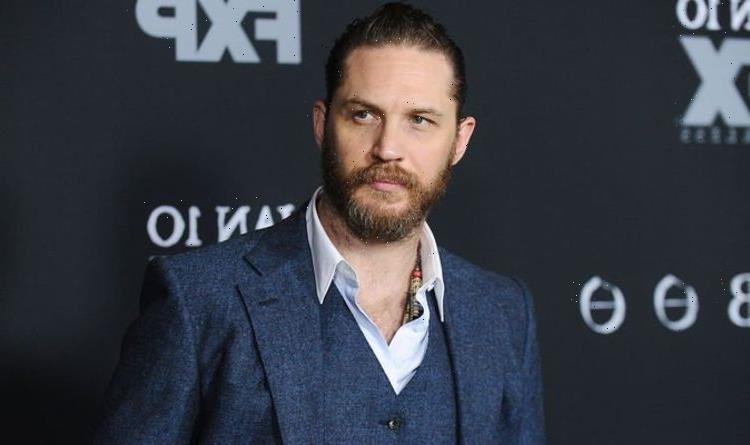 Today, on September 15, 2021, Tom Hardy turns 44-years-old. The British hard-man has been one of the pillars of cinema for almost two decades – and has most recently been put in the running to become the next James Bond. Over the years he has turned in incredible performances in franchises including Venom, Inception, Mad Max and Christopher Nolan’s Batman trilogy. Hardy played Bane, the master assassin, in the movie where he was pitted against Christian Bale’s Bruce Wayne – but people weren’t too happy about his involvement in the franchise.

Although Hardy gained a lot of muscle for the movie, some critics wanted Bane to be the behemoth he is seen as in the comic books.

“Batman is like Superman, Spider-Man – he belongs to so many people. So many people love him. He belongs to them, and when you step into that kind of character, you are going to fail. And be judged.”

Going on to give some insight into receiving these criticisms, he said: “I’m human, and I do read things. I read the comments, and I cry.” (Via CineMovie)

Hardy went on: “I can’t cry for everybody. I just give them a job, and be the best that I can be.”

He concluded by saying: “Just trust me. I trust [Christopher] Nolan.”

The physical transformation Hardy went through for The Dark Knight Rises left him gaining a staggering 42 pounds of muscle in just three months.

In 2017 Hardy reflected on his metamorphosis, revealing how life-changing it was.

Hardy said: “I think you pay the price with any drastic physical changes. It was all right when I was younger… But I think as you get into your 40s you have to be more mindful of the rapid training, packing on a lot of weight and getting physical.”

The Dunkirk star also blamed his lack of time on his physical prowess.

He continued: “And then not having enough time to keep training because you’re busy filming, so your body is swimming in two different directions at the same time.

“I haven’t damaged my body, but I’m certainly a bit achier than I used to be!”

Describing his ailments, Hardy added: “I certainly have joints that click that probably shouldn’t click, you know what I mean?

“And carrying my children is a little bit harder than it used to be – but don’t tell them!”

In the past few years, Hardy has been garnering popularity for being in the Marvel-adjacent franchise Venom.

In the series, he plays both Venom and his alter-ego, Eddie Brock.

The second film in the series, Venom: Let There Be Carnage, hits cinemas next month, but Hardy is already keen to work out a third movie in the franchise.

He recently revealed: “I’m thinking about the third movie because I think you need to write that at the same time.

“A third won’t be greenlit until the second is successful, but the studio [was] really, really pleased with number two.” (Via Esquire)