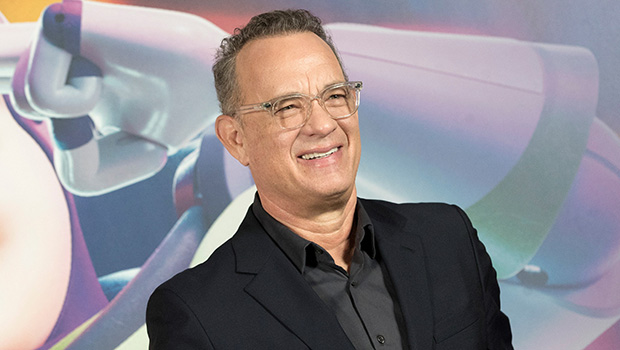 Get your tissues odeady. In the first trailer from the Mister Rogers biopic, Tom Hanks looks exactly like the beloved PBS host and from the looks of it, this movie is going to be a tearjerker.

“Hello, neighbor,” Tom Hanks, 63, says in the first trailer for A Beautiful Day In The Neighborhood, and it’s almost as if Fred Rogers was back in front of the camera. In the preview of the upcoming biopic about the Mr. Rogers’ Neighborhood creator, a cynical journalist named Lloyd Vogel (Matthew Rhys) profiles Fred Rogers (Hanks). Along the way, the two become close as, according to The Hollywood Reporter, Lloyd discovers what PBS viewers knew all along: that Mr. Rogers was one of the kindest, sweetest, most-caring human beings ever. “I think the best thing we can do is to let people know that each one of them is precious,” Tom Hanks, as Mr. Rogers, says in the trailer.

The movie is based on real-life writer Tom Junod’s experiences when writing about Mr. Rogers in a 1998 Esquire piece, according to Entertainment Weekly. Director Marielle Heller consulted with Tom’s family, as well as Rogers’ wife, Joanne, about the film. She even shot parts of A Beautiful Day in The Neighborhood around Mr. Rogers’ old haunts in his native Pittsburgh. “We filmed it in the actual studio where they filmed the show, we found the original cameras they filmed the show with and imported them from England so we could film on them,” she told EW.

“We lit it with the actual lights that had lit Mister Rogers. Everything about it feels identical in a way that’s tangible and you feel like you can smell it….You feel like you’ve gone back in time,” she added. She also spoke about the profound impact that making the movie had on her life. “[Mr. Rogers is] a guide for how to slow yourself down and connect with what’s true in your heart, your kindness, your patience, and your goodness. Having his voice in my head for the past two years while I’ve been making this movie has made me a better parent.”

“[He calls for] us to be our best selves, and I think that’s required of parents in order to be patient and see these little people we’re bringing into the world with compassion,” she adds. “I approached every decision with the movie as: ‘How would Fred approach this? How can we treat everybody with a level of emotional empathy and compassion that shows that we value everyone?’ That was his main message: Everyone is valued.”

A Beautiful Day In The Neighborhood will be released on Nov. 22.