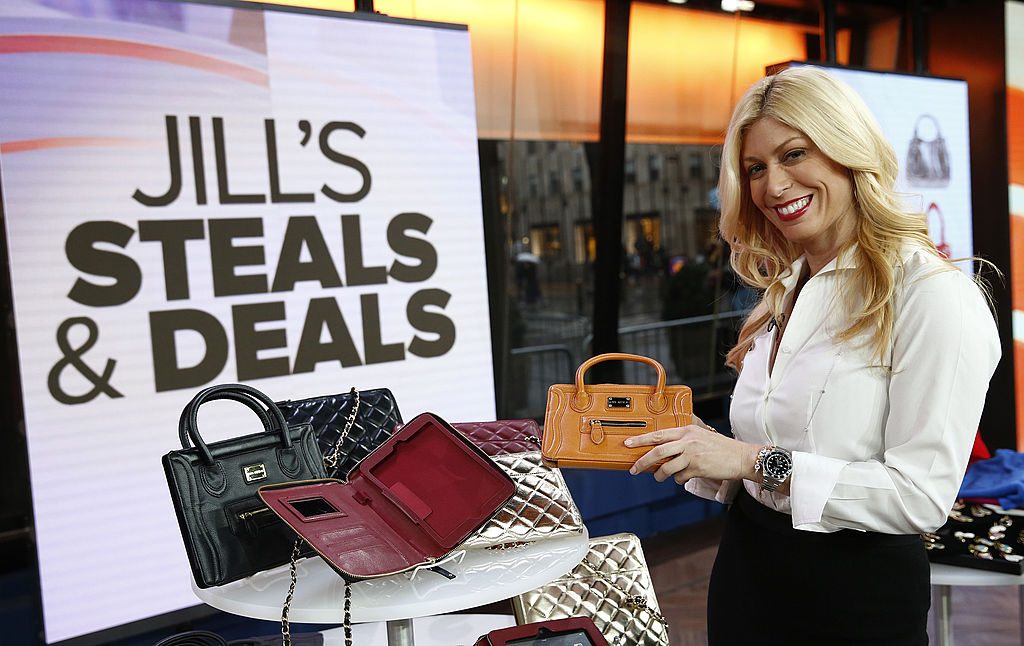 The Today Show offers more to its viewers besides the news of the day. Always featuring the latest celebrity headlines, diet and style trends, and life improvement tips, the daily morning program has something for everyone. One contributor who has been a staple on the main program, its third hour, and Today with Hoda and Jenna, Jill Martin has shared more than just consumer steals and deals when on the air.

Martin already had a successful career beforestarting on Today approximately 10 years ago, accordingto Forbes. She gained a lot of her style expertise by dressing for her gigas a New York Knicks broadcaster. She is also an author of severalbooks, including her New York Times bestseller “I Have Nothing to Wear.”

Brought on Today as a lifestyle contributor, Martin heads the popular Ambush Makeover and Steals and Deals  segments. Audiences are clearly tuning in to hear what Martin has to say – Forbes reported that her Steals and Deals segment brought in $60 million in sales on NBC’s new e-commerce platform last year.

Martin also has a solid standing with QVC. Serving as Creative Director for QVC’s proprietary fashion brand G.I.L.I. (which stands for Got It. Love It.), Martin was given the post after pitching her home organization concept to the shopping network, according to Forbes.

She strives to connect to people’s everydaylives, and sticks to her ‘Problem/Solution’ approach. “People want to livetheir lives elegantly and comfortably with a bit of luxury that doesn’t breakthe bank. I’m building a brand starting with fashion and now home that solvesthat problem, plus is fun and happy and brings excitement to their liveseveryday,” she told Forbes.

Martin met her fiancé Erik Brooks on a dating app in 2017. “After endless dates, failed relationships and many tears I decided (after much nudging from my mother) to try online dating,” she wrote in an essay for Today. After their first date, it wasn’t long before the couple knew this would be forever.

After two years of dating, Brooks proposed to Martin in the Hamptons over Memorial Day weekend, according to Today. “(Erik) told me we were going to a friends house for a casual kick-off to summer party … (he even sent me a paperless post with the fake invite). I kinda knew something was fishy but couldn’t put my finger on it!” Martin wrote in an email to Today. “It took me a few mins to say yes — he actually said ‘Is the answer ‘yes’?’ as I hadn’t responded! I said of course!!! Yes!!” she said.

After his proposal, Brooks had another surprise in store for Martin. “He had my parents walk into the tent and his parents surprised me and flew in from Florida! His 3 kids, his sister and the rest of the family came the next day for the weekend. BEST DAY OF MY LIFE!” Martin said.

If history repeats itself, Brooks and Martin have a strong and lasting marriage ahead of them – Brooks’ parents have been married for 55 years, and Martin’s parents just celebrated their 50th anniversary in February. “We haven’t even thought about a wedding date yet — just so happy to know I will be spending the rest of my life with him,” she said. “He is my real life prince charming. I couldn’t have created a better storybook ending,” Martin said as reported by Today.

Martin recently shared thatshe had some trouble starting her relationship with Brooks’ three children froma previous marriage. Brooks’ 11-year-old daughter Bella in particular hada tough time with the idea of Martin joining the family, and made it clear ontheir first family vacation, according to People.

Apparently, things were quickly smoothed over and Martin now has a close relationship with Bella. “We’re the best of friends now,” Martin said. “We really talk through it now… she’s awesome. She’s so cool.” The lifestyle contributor remarked that her soon-to-be-stepdaughter is “smart. She’s like a 40-year-old,” and that they laugh about the incident now. Bella even gave Martin permission to tell the story on the show.

With her life on the upswing both personallyand professionally, it’s no wonder why Martin is always smiling on Today!